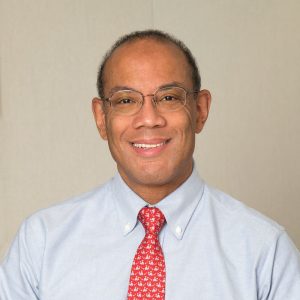 Now is the day for value stocks. And one of the best-known value investors, John Rogers, warns—no surprise—to avoid the tech high-fliers, which now seem to be losing altitude. And more in his bailiwick, Rogers has some ideas for good value names.

His picks, made on CNBC, include stocks in financial services, housing-related, and media sectors. The CEO of Ariel Investments has done well lately. Flagship Ariel Fund is up 19.7% this year, versus 2.3% for the S&P 500, per Morningstar—and it’s 7.6% ahead of peers in the mid-cap value space.

No doubt, value is ascendant, for a change. Year-to-date, the S&P 500 value index is up 6.9% versus the S&P 500 growth index which is down 1.8%. The major market indexes had a bad stretch last week, after their monster run-up.

“I’d stay away from the S&P 500 because it’s so chockablock with the FAANG stocks and these huge tech companies and fast-growing tech companies,” Rogers said, referring to Facebook, Amazon, Apple, Netflix and Google parent Alphabet. “So that’s the area which will cause the entire market to go down because they’re such a large percentage of the S&P 500. But that doesn’t mean there aren’t pockets of opportunities.”

After years of value stocks underperforming growth names, Rogers said now is the moment for his favorite sectors to shine, saying today’s results may mirror the shift from growth to value as the tech bubble popped in 2000.

“We were early in predicting the value transition, but we do think it’s here now and it’s going to surprise people on the upside,” he said.

“We are finding selective opportunities to buy here, particularly in the financial services sector,” Rogers said, adding that the possibility of a continued rise in interest rates and increase in inflation should help those stocks.

The asset manager pinpointed Affiliated Managers Group, up 47% this year, as well as investment bank Lazard, whose stock has been flat lately. Affiliated has an expensive price/earnings (P/E) ratio of 32 and Lazard a more thrifty 11 multiple. But Rogers apparently believes Affiliated is worth the extra outlay.

“This company is just not well understood. It’s not in all the indexes. It’s in very few indexes. It’s under-owned, underappreciated,” Rogers said.

Ariel is also high on real estate, which is doing well. Rogers said positions in flooring company Mohawk (P/E: 8) and plumbing company Masco (12) were compellingly indirect ways of wagering on the sector.

Another sector with “real bargains” is the media, Rogers said, giving TV station stocks such as Meredith and Tegna a nod. He also touted MSG Entertainment and MSG Networks, the regional sports network that broadcasts New York Knicks games.

Rogers also likes toy company Mattel’s attempt to transform itself into a quasi-media stock. “They’re going to be able to use their intellectual property to have movies that will be tied to toys, and we think that’s going to be a big help to their profitability going forward,” he said.

One of the most prominent Black asset managers, Rogers also spoke of efforts to include more minorities in finance.

Endowments Should Hold on to Value Assets, NEPC Says