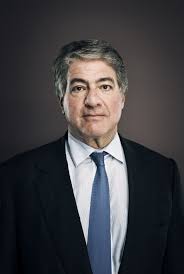 Leon Black, who three decades ago launched his storied career as a private equity kingpin due to one great judgment call, is giving up that exalted position because of another call, a really questionable one.

An alumnus of defunct junk bond powerhouse Drexel Burnham Lambert, Black in 1990 cannily secured a stash of Drexel’s high-yield paper and turned it into a fortune. He’s now ranked No. 55 on the Forbes 400 list of richest Americans, with an estimated net worth of $8.7 billion.

But after a long successful run atop his Apollo Global Management (assets under management: $448 billion), Black announced Monday that he was retiring as CEO. His departure comes in the wake of a mess stemming from his connections to the late financier Jeffrey Epstein, a convicted sex offender.

Also Monday, Apollo released findings from the Dechert law firm that found no evidence Black was involved in Epstein’s criminal activities. The firm’s board had hired the law firm to look into the Epstein-Black relationship. Nevertheless, numerous Apollo clients had complained about his association with Epstein. Pennsylvania Public School Employees’ Retirement System (PSERS), for instance, said in the fall it was freezing further investments in Apollo until the Dechert investigation was concluded.

The lawyers’ probe revealed that Apollo’s chief had paid Epstein $158 million for personal financial advice from 2012 to 2017. That was despite Epstein serving a well-publicized prison term in 2008 on charges of prostitution involving a teenager.

In 2019, Epstein again was behind bars for similar alleged offenses when he died by suicide. Black has apologized for his continued dealings with Epstein, calling their relationship “a terrible mistake.”

Black founded Apollo in 1990 with partners from Drexel Burnham Lambert, which dissolved partly thanks to a scandal that led to the conviction of junk bond king Michael Milken.

Aside from the problems with the law, Drexel collapsed owing to a market meltdown of its signature product—high-yield bonds that Milken issued to fund 1980s corporate takeovers. Unlike Milken, Black never was accused of any wrongdoing. But his Drexel affiliation was a godsend.

Namely thanks to a large Drexel client, insurer Executive Life, which went bust itself when the massive amount of junk bonds on its books tanked in price. California regulators took charge of the failed insurance company and wanted to unload the enormous batch of unpopular speculative bonds. Black bought the junk for $3.25 billion, a fraction of its face value. In two years, junk prices had recovered, and the portfolio had almost doubled in value.

Apollo depicts Black’s leave as part of a structural overhaul that improves corporate governance, complete with the addition of four independent directors. The two announced thus far are female.

Up to now, of its 12 existing board members, just one has been a woman. Black said in a statement that he wanted to give up the CEO job before his 70th birthday in July. As chairman, he said, he will focus on “strategic planning, growth initiatives, and investment opportunities.”

“I am extraordinarily proud of the firm I have helped build over the past 30 years and the value we bring to our clients, investors, and communities,” Black said in the statement. “Since our IPO [initial public offering] in early 2011, we have focused on transforming Apollo and developing the next generation of leadership to position the firm for continued growth for decades to come.”