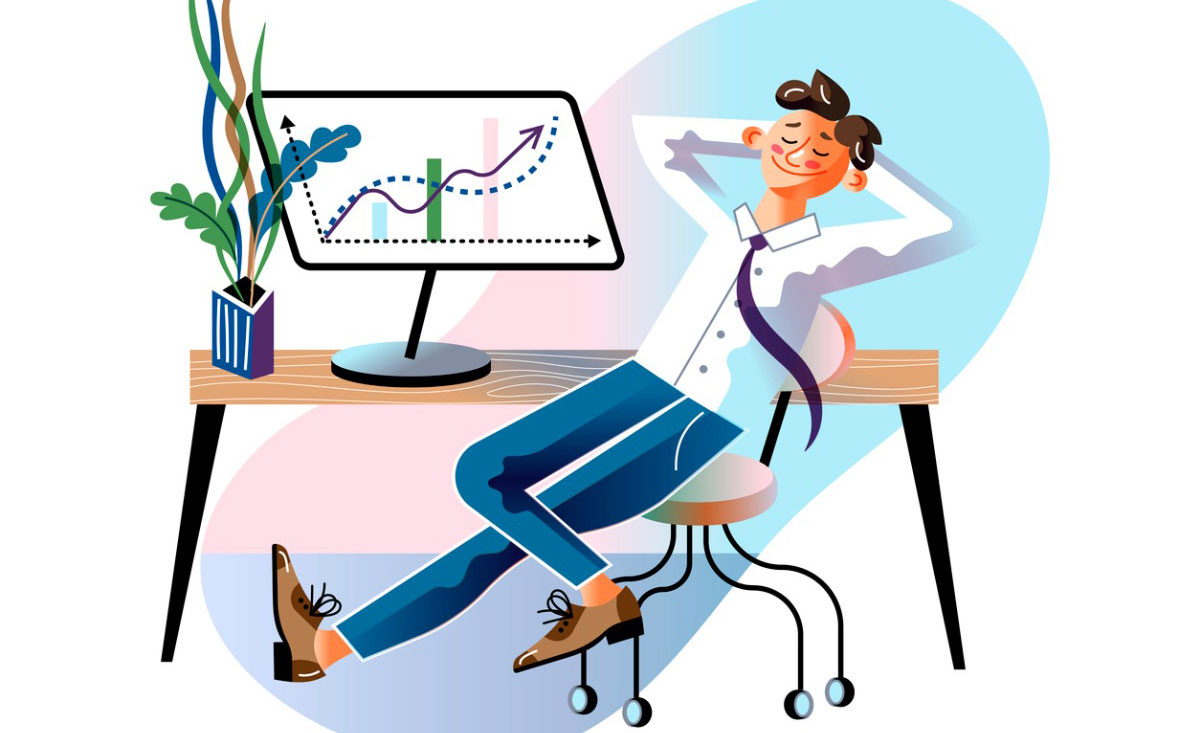 Amazingly, after the dark days of March, we are in a bull market, which actually continues the one that kicked off in March 2009. Skeptics look at the sad shape of the underlying US economy and ask how that squares with the market’s zest. Given the uncertain path of the pandemic, they question that the bull market can long endure.

But there’s a case for a continued long bull run, says the Invesco global market strategist, Brian Levitt. In a blog post on the site of the large investment firm (assets under management as of mid-year: $1.1 trillion), Levitt and investment strategist Tally Léger argued that a new investing cycle is underway that promises “a sustainable long-term rally in risk assets.”

Despite bumps along the road—the market erased earlier gains Wednesday, and the S&P 500 dropped back just short of February’s peak, after surpassing it Tuesday—the Invesco strategists detailed how they see the market powering forward amid a gradually recovering economy. The duo doesn’t go so far as to forecast how long the good times will roll, just that they will.

Some recent events are new to investors. The tempo of the recent financial and economic turbulence is faster than normal, they observed, as “global stocks experienced a full-blown recessionary bear market in roughly 20 trading days.” And capitulation, where most stock investors headed for the sidelines, thus making way for a turnaround, came quickly, too. Still, they went on, the recovery is progressing along traditional lines. “This time,” they wrote, “has been no different, the global pandemic notwithstanding.”

Since 1930, there have been six times when equities declined more than 30%, they noted, and despite volatility and further market corrections, “stocks were meaningfully higher” three years after the trough.

The heartening reality is that stocks, which anticipate the future less than mourn the past, are often ahead of the economy. That was apparent in 2009, they said. They said it took years for mortgage defaults to peak, for households to trim their overweening debt, and for employment growth to expand meaningfully. “Nonetheless,” starting in March 2009, three months before the Great Recession’s end, they pointed out that “stocks staged a sound advance.”

The Invesco strategists admitted that the coronavirus was a special circumstance. Some worry that, absent a truly effective vaccine that is widely used, further waves of coronavirus will hamper economic growth. But society is better prepared nowadays, they contended. “We know far more about this virus now than we did in March 2020 (the benefits of masks, social distancing, and the lower risk of outdoor gatherings),” they said. To them, that should keep the caseload down and allow the recovery to proceed.

Although growth will be slow, powerful forces are spurring a snapback, the Invesco sages declared. To wit, low inflation, low interest rates, and help from Washington, via pumped up federal spending and Federal Reserve asset buying. And don’t forget the race for the cure, they added.

Result: A bearish stance is foolish, in their eyes. As they wrote, “betting long-term against credit and equities now would be akin to betting against medicine, science, human ingenuity, and the direction of monetary policy.”

Levitt and Leger proclaim that this “is not a bet that we would be willing to make.” One can always hope they are right.