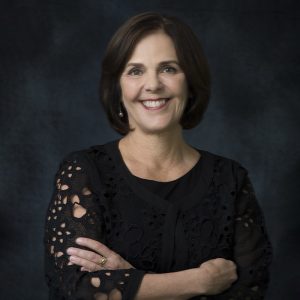 Volent will join the biomedical research institution this summer from Bowdoin College, where she led the $2 billion endowment for the past two decades. She succeeds Amy Falls, who is leaving the post this spring to manage the endowment at Northwestern University.

“Paula is unquestionably one of the most accomplished investment officers in the country, and we are thrilled that she has agreed to join us in this vital role,” Rockefeller President Richard P. Lifton said in a statement.

Last month, Volent announced that she would be stepping down from her post at Bowdoin College. The endowment chief at the Brunswick, Maine-based liberal arts college reported top-decile growth over the short- and long-term time horizon.

“I’m sure I speak for my colleagues on the board and in university leadership when I say how thrilled we are to be able to look forward to a continuation of the highest caliber of leadership with Paula Volent at the helm in the university’s investment office,” Bill Ford, chair of Rockefeller’s Board of Trustees, said in a statement.

Volent previously served as research analyst and senior associate at the investment office at Yale University, where she reported to David Swensen.

Prior to her career in investment management, she ran her own business as an art conservator. She also worked at the National Gallery of Art in Washington, D.C., the Los Angeles County Museum of Art, the Palace of Fine Arts in San Francisco, and the New York Historical Society.

She is also a trustee on the boards and investment committees of the National Gallery of Art, the Yale School of Management, The Rockefeller Foundation, the National Women’s History Museum, Girls Who Invest, and MSCI.