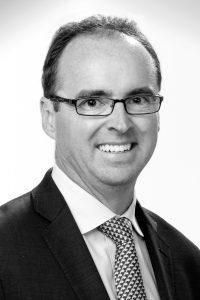 Russell Investments’ interim global chief investment officer has been officially given back the keys to his old car.

Peter Gunning, who since 2013 has been the head of the firm’s Asia-Pacific business, assumed the CIO function on a temporary basis last October, when Jeff Hussey stepped down as CIO after 27 years with the organization. Gunning, also a longtime Russell employee, previously held the CIO seat from 2008 to 2013, before he left to oversee the firm’s Asia-Pacific division. This led to Hussey’s appointment six years ago.

Gunning, who had been working out of Russell’s Sydney office, will now be based in the firm’s Seattle headquarters. He will oversee all of Russell’s investment divisions and still maintain his Asia-Pac responsibilities. He is also on the organization’s executive committee and global leadership forum.

Russell Investments’ move toward creating a multi-asset team happened under his earlier stint at CIO. Russell is one of the oldest providers of multi-asset solutions and it is their core offering.

“We began organizing and resourcing for multi-asset in 2009. Everyone seems to be talking about it now. This included creating a specific multi-asset team with strategists and others, who moved from a traditional asset-class base to one more designed to solve client problems,” Gunning told CIO. He is currently working with Russell’s top investment professionals to enhance its investment abilities as well as add more global products and implement new technology, according to a release.

“Pete has been a trusted partner to our clients over many years and has a thorough understanding of the investment solutions that institutions and advisors need to create financial security for individual investors,” said Michelle Seitz, Russell’s chairman and CEO, who is halfway through her second year with the firm.

She added that his experiences and knowledge of Russell’s workings and the industry made him “the perfect person to lead our investment division during this period of industry evolution and change.”