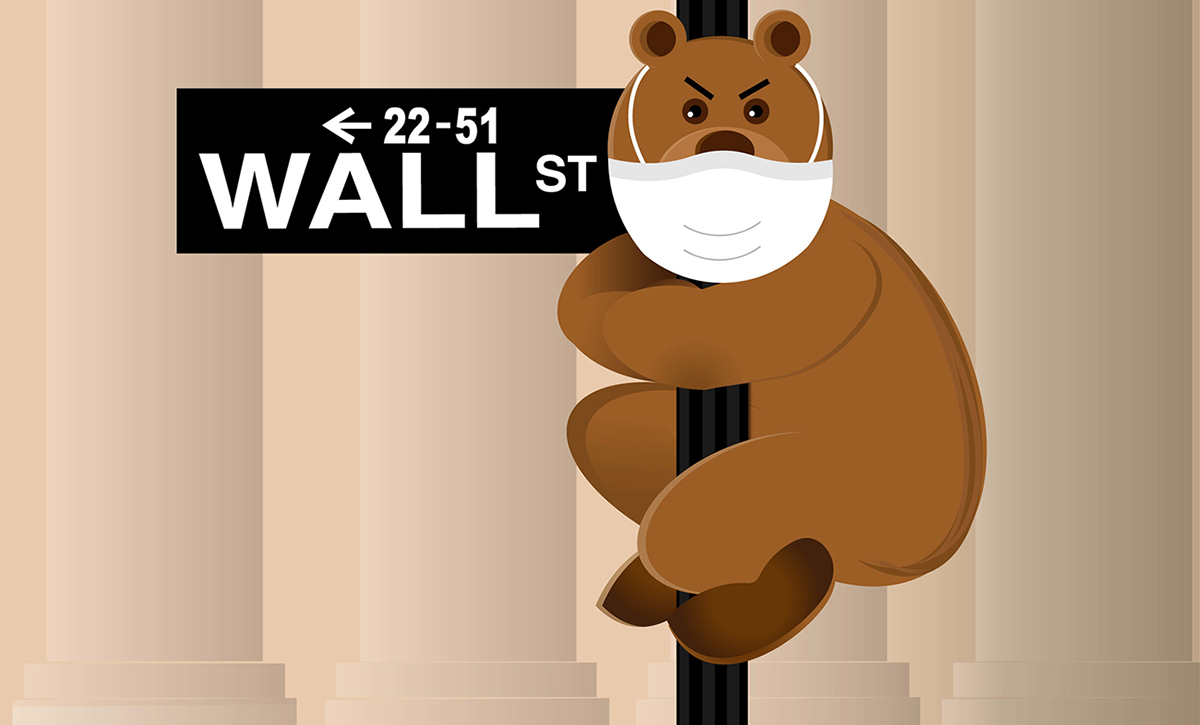 What does it tell you when a prominent perma-bear becomes bullish? Hard to say, but David Rosenberg is sounding curiously upbeat about the economy, whose growth has been shattered by the pandemic.

The huge pile of cash that US households are sitting on gives him heart, says Rosenberg, the chief economist and strategist at Rosenberg Research. Last year, the savings rate as a share of disposable income was 7.9%, but now is just under 20%.

What’s more, despite the deadlock in Congress over a second aid package, Rosenberg told CNBC he is encouraged that big chunks of federal money haven’t yet been disbursed.

“There’s a lot of dry powder left over from the first package. So, that’s one of the reasons why I think the stock market hasn’t had a conniption because of the stalemate in Washington,” he said. “It’s because of the knowledge that the household sector is still sitting on a tremendous amount of cash.”

All that cash, in Rosenberg’s view, has fueled the stock market’s rise, in particular that of the large-cap tech companies that are leading the rally. As a result, he doesn’t see the economy in critical need of a second jolt of rescue funding now.

“Maybe we don’t need to have another stimulus package this quickly because the first one was so huge,” he said. “We still have a personal savings rate in the U.S. of 19%. It’s almost triple what it was in the pre-COVID norm.”

According to his proprietary research, just half of the stimulus checks issued in the spring have been spent.

“They’re not catering to a booming economy, he said. “Whether it’s Home Depot or Walmart or Target, they’re really geared toward they stay-at-home and work-from-home economy.”

Rosenberg, who was Merrill Lynch’s top economist from 2002 to 2009, noted that he is parting company from his usual pessimistic take. “I have been saying for so long that it can’t last, and it keeps lasting,” he said “I’m thinking the moment that I say that I’m sure it’s going to last, it’s going to roll over.”

To be sure, his outlook doesn’t take into account some of the negative signs that have cropped up lately, such as new unemployment claims rising once more or the continued surge in coronavirus cases across the US. Manufacturing activity, by the reckoning of the Federal Reserve Bank of Philadelphia, has dipped in its region.

In addition, Rosenberg is looking for cyclical stocks, which have lagged, to start rising. “It’s a waiting game. These stocks are so cheap. They just need to have the catalyst,” he said. “That will be a spring coil when the time comes for when things really start to reaccelerate, and we’re not stuck in this low interest rate environment.”

What Bear Market? Why the More Solid Stocks May Be on the Upswing