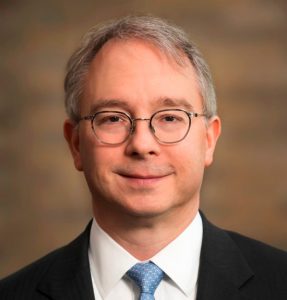 Economist Edwin Denson has been named as the next executive director and chief investment officer for the State of Wisconsin Investment Board (SWIB). Denson, who has overseen risk management and investment strategies at the fund, succeeds David Villa, who died in February.

“SWIB is fortunate to have someone with Edwin’s talent and experience, who is ready to take on this leadership role,” said David Stein, chair of the independent SWIB Board of Trustees, in a statement. “He combines a deep understanding of SWIB’s innovative investment strategy with a wealth of expertise in both public and private sector asset management.”

Villa joined SWIB in 2006 as CIO, and was named executive director in 2018, when he was also named to CIO Magazine’s Power 100. Under Villa’s stewardship, SWIB said its internal management grew from 21% of assets to more than 50% of assets.

He added $1.9 billion to the state’s retirement system above its performance benchmarks over the past five years. WRS reported preliminary 2020 net returns of 15.21%, with five- and 10-year annualized returns of 10.74% and 8.51%, respectively. It outperformed its benchmarks for all periods.

Denson, who joined SWIB in 2018, said in a statement, “I felt lucky to have known David for almost 20 years and to have worked closely with him again over the last few.”

A veteran investment officer who previously worked at the $475 billion Canada Pension Plan Investment Board (CPPIB), he added, “Now, I am eager to build on his vision, strategy, and direction for the agency as we continue to create a world-class investment management organization.”

At SWIB, Denson has served as the managing director of asset and risk allocation (ARA), responsible for risk analysis, allocation and oversight, asset allocation, passive portfolio and leverage implementation, macroeconomic analysis, and fund-level investment strategies. He also serves on SWIB’s Management Council. During his time at SWIB, he has more than doubled the ARA staff to build out innovative investment strategies for the pension program.

Earlier in his career, Denson was an economist at Lehman Brothers, Primark Decision Economics, and Putnam Investments, and he also briefly managed a commodity trading adviser and a quantitative equity strategy.

In Memory of David Villa