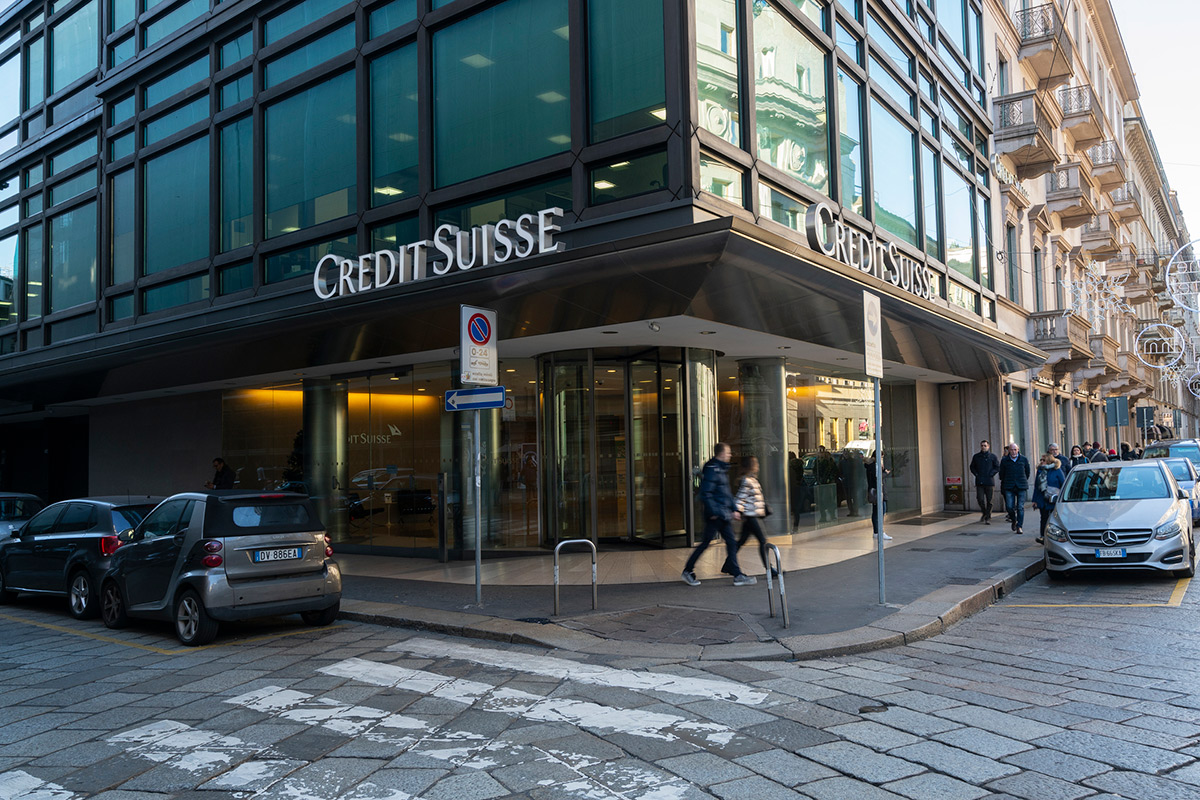 The City of St. Clair Shores Police and Fire Retirement System is suing Credit Suisse Group for allegedly misleading investors and mismanaging risk exposure to “high-risk clients” such as Greensill Capital and Archegos Capital Management, both of which collapsed last month.

The lawsuit alleges that Credit Suisse “concealed material defects in the company’s risk policies and procedures and compliance oversight functions and efforts to allow high-risk clients to take on excessive leverage, including Greensill Capital and Archegos Capital Management, exposing the company to billions of dollars in losses.”

Lawyers for the Michigan-based pension fund said that not only did the bank “conceal these operational landmines” from investors, which they say caused the price of Credit Suisse securities to be artificially inflated, “but it also undertook actions indicating that Credit Suisse securities were substantially undervalued, such as a massive stock buy-back program.”

The lawsuit claims that following a series of corporate scandals which revealed deficiencies in Credit Suisse’s risk and compliance activities, the price of the bank’s American depositary receipts (ADR) fell nearly 30% to $10.60 per ADR by the end of March from $14.95 in February.

Greensill, which filed for insolvency protection in March, focused on the provision of supply-chain financing and related services. The company relied on loans provided by specialized supply-chain investment funds managed by Credit Suisse to finance its activities, and it would issue notes bought by investment funds to provide it with cash. The repayment of the loans was secured by Greensill’s entitlement to the cash paid to its clients’ suppliers.

However, the lawsuit alleges Credit Suisse investment funds bought notes tied to Greensill’s future accounts receivables finance activity, “meaning these loans were only secured by future and uncertain sales, and were therefore riskier.”

Archegos held assets of approximately $10 billion, but, according to the complaint, it used the leverage provided by its swaps strategy to gain exposure to more than $50 billion worth of securities.

“Unbeknownst to investors and regulators, several large brokerage banks, including Credit Suisse, had each simultaneously allowed Archegos to take on billions of dollars of exposure to volatile equities through swaps contracts, dramatically elevating the risk posed by these concentrated positions,” said the lawsuit.

According to the lawsuit, during the week of March 22, a group of banks that facilitated Archegos’ “high-risk strategy” became concerned because the market value of some of the stock shares underlying its swaps positions had declined. And by March 26, several of the banks, including Morgan Stanley, Goldman Sachs and UBS, began liquidating billions of dollars’ worth of securities at “fire-sale prices” after Archegos failed to meet a margin call.

“By the time Credit Suisse tried to liquidate its own positions underlying Archegos swap contracts over the ensuing weekend, prices had already collapsed and Credit Suisse quickly racked up billions of dollars in losses,” the lawsuit said.

“The loss we report this quarter, because of this [Archegos] matter, is unacceptable,” the bank’s chief executive, Thomas Gottstein, said in statement, according to BBC News.

Archegos Fiasco Was One of 3 ‘Near-Misses’ This Year, Says El-Erian