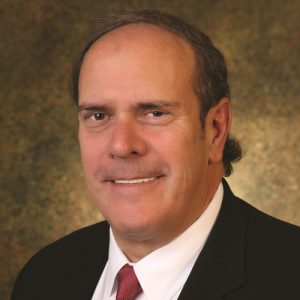 Tom Tull, the investment chief at the Employees Retirement System of Texas (ERS), will retire next summer after leading the $29 billion pension fund for eight years.

“It really has been an honor and a pleasure to serve ERS in a number of different roles over the years and I hope to continue to serve in whatever capacity I can to contribute for the benefit of the trust and beneficiaries,” Tull, 74, said Thursday.

“I have been fortunate in having a tremendous board that I seek to work with, as well as a nice investment team and that, that I will miss,” he added.

In 2009, Tull joined the fund after the executive director at the time sought to bring someone with a fresh perspective to the team. Tull, who worked for decades in the private sector, already had spent 11 years advising the ERS pension board. His first role at the fund was as director of strategic research, which he used to energize the hedge fund program.

After he took over as chief investment officer in 2012, he continued to build up an allocation to alternatives, such as private equity, private real estate, and hedge funds. Today, the fund holds a 31% allocation in alternatives, up from 26% in 2017. ERS plans to increase that allocation to 34% longer term.

Several factors propelled the fund’s tilt toward alternatives, Tull said: an increasing number of opportunities the investment team was spotting from inefficiencies in the market, as well as a willingness from the board to take on more risk. ERS also has a 7% actuarial assumption, an increasingly tall order for public pension funds investing in a low interest rate environment.

“It made a lot of sense to deploy capital in the private side,” Tull said.

In the dozen years Tull has spent at the Texas retirement system, he has helped double the investment team, as well as expand the ability of the trust to respond to volatility in the investment environment with tactical bands on different asset classes.

“We’ve been very fortunate we have developed a team and developed a process and all the pieces that go with that to be more effective and be able to compete in a world environment that continues to change by the day,” he said.

About 60% of assets are managed in-house by about 60 investment team members overseeing various asset classes, including high-yield and infrastructure. Administrative and operational staff round out the 79-person team.

“Tom has been a critical part of ERS’ success,” Executive Director Porter Wilson said in a statement.

Going forward, ERS will continue to look into credit, particularly in sectors that have been highly penalized, such as leisure and transportation. The pension fund is also looking at niche investments, such as data centers, medical facilities, and multi-family units.

Retiring may not be the end of Tull’s working life. He already has retired several times before from prior careers. He said he plans to continue working with nonprofits and partake in other activities that give back to his community, as well as spend more time with his family and children.

“That’s why I like to stay involved and stay engaged with ERS and trying to continue to make more change,” Tull said. “But, as far as CIO, I think it’s time for somebody else to come in with new ideas and new thoughts and take the trust to the next stage.”

Prior to ERS, Tull was a founding partner at investment adviser Gulfstream Global Investors. He was also the former director of employee benefit fund investments at Ling-Temco-Vought (later known as LTV), a since-disbanded US conglomerate.