Home > News > Asset Allocation > The First Quarter Was Bad for Asset Managers’ Stock, Even Though Their Fourth Quarter Earnings Ruled 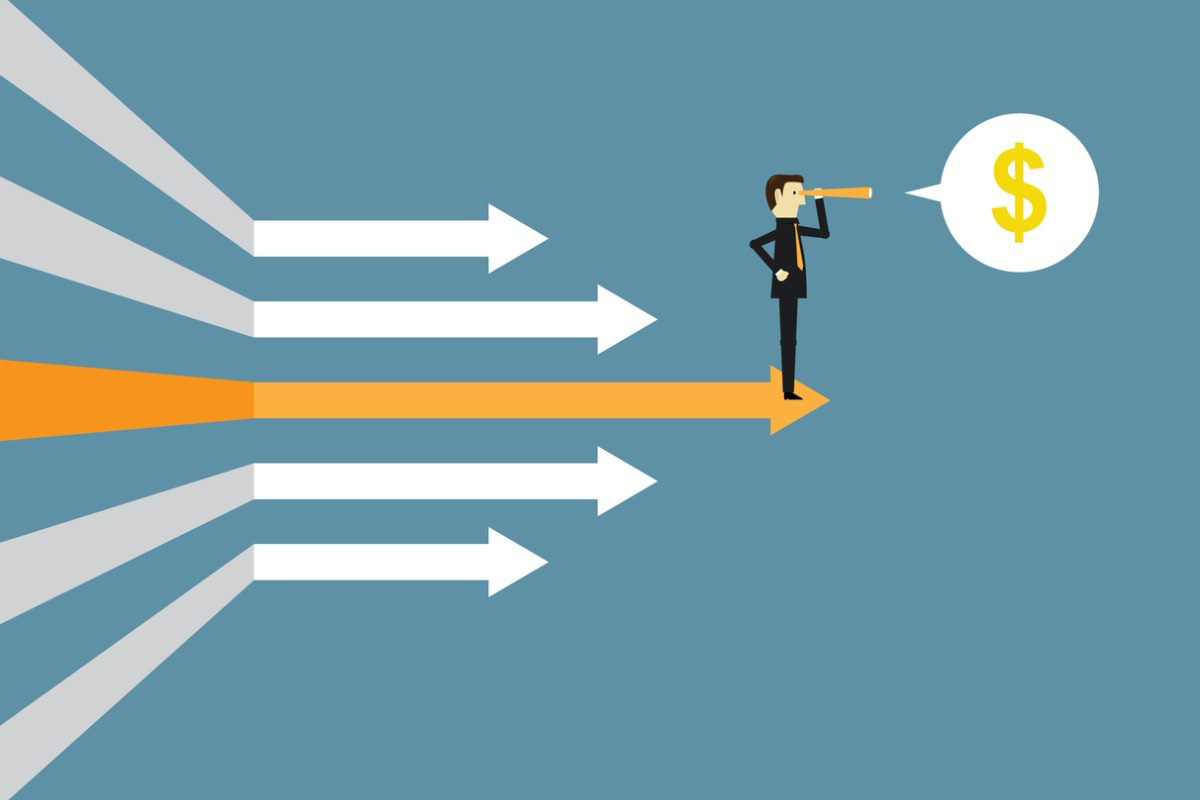 Asset managers have fared very well on the top and bottom lines. And over the past five years, their stocks have generally romped. But the stock market’s epic 2022 downdraft has pulled those shares down with a vengeance, along with those of other sectors.

Odds are, though, that their stocks should recover, especially in light of escalating interest rates, which tend to be a friend to the financial services industry. The benchmark 10-year Treasury’s yield has leapt to 2.3% from 1.7% the year before and1.5% at the end of last year.

The top publicly traded asset managers, by assets under management, is headed by colossus BlackRock. The other names in the roster, in order, are JPMorgan Chase, Goldman Sachs, Bank of New York Mellon, and Morgan Stanley. 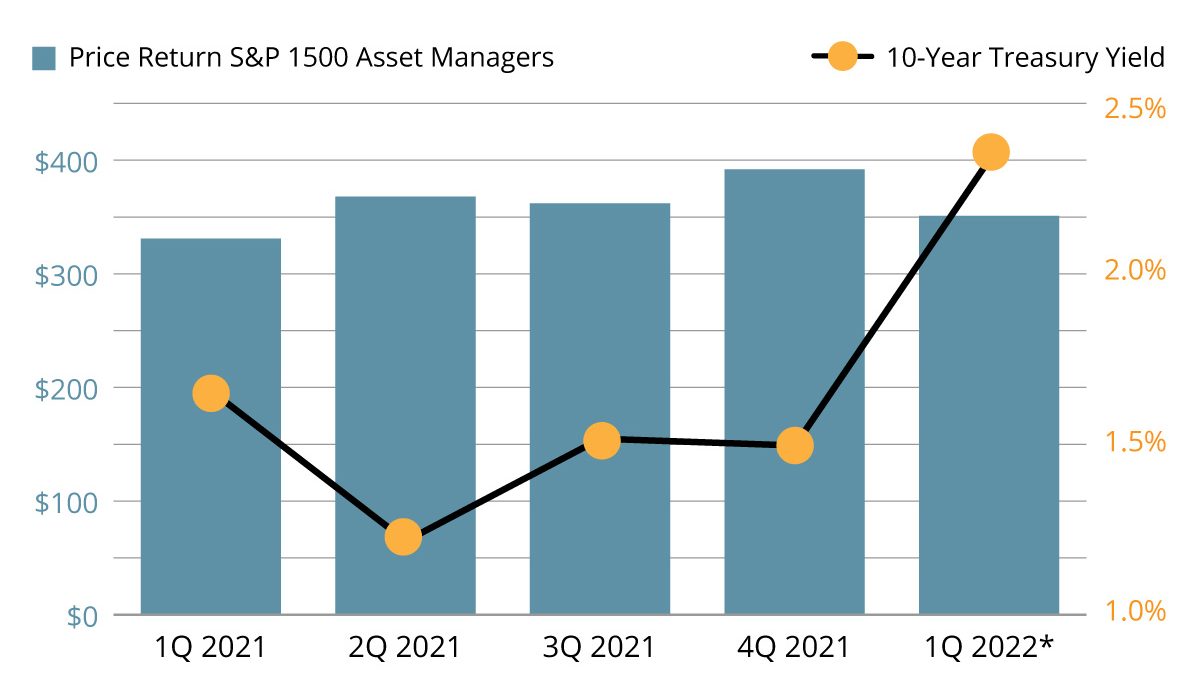 Marketwide, the prospects for continued blowout earnings have dimmed, according to FactSet, although expansion is anticipated to stay fairly decent. In last year’s fourth quarter, S&P 500 companies reported growth in earnings of 31.2% and in revenue of 16.1%. For 2022’s first quarter, analysts are projecting smaller increases: 4.8% for earnings and 10.7% for revenue.

Things, however, are looking up for asset managers. Take BlackRock, which boasts $10 trillion in AUM. In the fourth quarter, the company reported adjusted earnings per share of $10.42, beating the $10.15 average estimate of analysts surveyed by Bloomberg. The just-completed first quarter looks even better. The consensus is for EPS of $9.18 (winter is usually the slowest period), versus $7.77 for the prior year quarter.

In January, BlackRock hiked its dividend 18%. The firm has a fortress-like balance sheet, and its interest rate coverage is superb.

Small wonder. Institutional investors and smaller ones too poured into the company’s products after the initial pandemic surge. BlackRock’s range is impressive. Its index funds—most notably its iShares exchange-traded funds—are doing a booming business, and it has a thriving private equity arm, as well. BlackRock has expanded internationally, from Latin America to Europe.

Thus far in 2022, though, BlackRock stock is down a bracing 16.5%. That stands in marked contrast to its returns over the past five years, when the stock doubled. The situations are much the same at the other top publicly traded finance firms. Morgan Stanley, for instance, also saw its stock double over the past half-decade, and this year is off 13%.

For investors, an abiding advantage to financial stocks is that they are perennially cheap, as they are in a mature industry whose advances tend to be slow and steady. BlackRock’s price/earnings ratio is 20, while Morgan Stanley’s is 11.

One consolation: the finance sector is No. 3 among the S&P 500 during this market dip, according to Yardeni Research. Sure, it is in the red, but that’s a plus when everyone else is, too (exceptions: No. 1 energy, followed by utilities).

BlackRock CEO Larry Fink, in his annual letter to shareholders, noted that the company’s stock hasn’t been doing anything special, to say the least. And that’s quite a comedown from the firm’s bang-up 2021, he noted. “Since year end, however, market sentiment has shifted and these first few months of 2022 have been challenging,” he wrote. But, Fink went on, there will be a big turnaround.