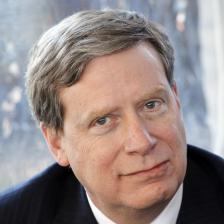 Investing heavyweight Stanley Druckenmiller isn’t happy to see the huge increase in federal spending to combat the coronavirus-propelled recession, deeming the move inflationary. His answer: Invest in commodities and Asian stocks, with a side helping of American tech giants.

“In three months, we increased the deficit more than if you took the last five recessions combined,” Druckenmiller said in a video with Goldman Sachs posted on YouTube.

Why does he like commodities? The billionaire CEO of the Duquesne Family Office (which he converted from his hedge fund) explained his sizable holdings in commodities as a response to macro forces. Namely, low interest rates threatening to spark inflation rates and a large boost in demand for safe-haven assets. Some commodities have been surging since last year, with copper, gold, and silver climbing at least 20% over the trailing 12 months.

Federal Reserve policy keeping interest rates low is a factor in his thinking. “The longer the Fed tries to keep rates suppressed so that they’ll have stimulus in the pipeline, the more I win on my commodities,” he said.

As for Asia, he is impressed that efforts to defeat the pandemic are much further along there than in the US. “Basically, Asia in general, the Chinese, Taiwanese, and Hong Kong … defeated the virus and they haven’t borrowed money from their future,” Druckenmiller said.

“When I look at how much the United States borrowed from the future and when I looked at Asia and how they handled it,” he said, “I just think we have a big, big winner coming out of COVID.” Plus, he noted that Asia is also ahead of the US in tech, notably in memory and robotics. He has a stake in Singapore’s digital payments company, Sea Limited, for instance.

What’s more, Druckenmiller said he holds a “very, very short” dollar position, due to what he termed as Asian nations’ superior fiscal situation.

As to the American stocks he likes, Big Tech gets his nod due to its bright future. Specifically, he touts those involved in the cloud. “Company after company that I’ve talked to is actually speeding up their transition” to the cloud to stay competitive, he said.

And don’t talk to him about the tech titans being overpriced.

“If you actually look at the Amazons, the Googles, and the Microsofts of the world, they are not overvalued. They are bargain names and they are currently out of favor,” Druckenmiller said.

Over the past few months, many of these giant firms have lagged behind more cyclical names, as talk has mounted in Washington about crackdowns on some of the tech big boys for possessing too much power.

The trio he mentioned all have reported good results of late. Amazon and Microsoft stocks are flat since last August, while Google parent Alphabet is up 27%. Alphabet and Microsoft each have price/earnings (P/E) ratios of 36—above market but not outrageous. Amazon’s P/E is a hefty 80, although its defenders say it has cemented its hold on e-commerce so much that the price is justified.

Druckenmiller Owned 5 Hot Stocks, but Only Gained 3% in the Rally? Huh?

Druckenmiller Moves Heavily into Treasuries Due to Trade War Angst