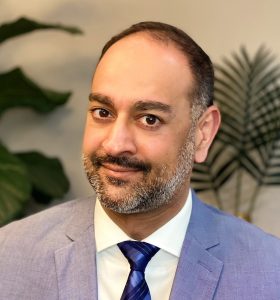 The University of Pittsburgh has named Jeffer Choudhry as the new chief investment officer of its $5.6 billion endowment. The university said Choudhry’s nomination will be presented to the board of trustees for approval at its winter meeting on Feb. 25.

“I am excited to join the talented investment team at Pitt and steward this world-class endowment,” Choudhry said in a statement. “I look forward to working with the many stakeholders that benefit from the endowment, fostering greater understanding of the long-term value it provides.”

Choudhry succeeds Gregory Schuler, who stepped down as CIO at the end of June last year to pursue other opportunities. Pittsburgh Treasurer Paul Lawrence has been acting as the interim CIO since Schuler left and will formally hand over the reins to Choudhry when the board votes on his nomination next month.

Prior to joining Carnegie Mellon, Choudhry was an investment officer at the Museum of Modern Art in New York City for more than four years, and before that was a vice president at Bank of America Merrill Lynch for two years. Before joining BofA, Choudhry was an investment consultant at a family office, and prior to that was an associate at Morgan Stanley. He started his career as an integrated circuit designer at LSI Logic Corporation.

Choudhry earned his MBA from the Yale School of Management and has a bachelor’s degree in electrical engineering from the University of California, Los Angeles. He also holds the Chartered Financial Analyst (CFA) designation.