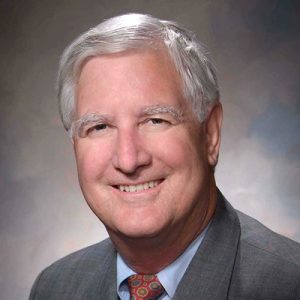 Editor’s Note: Bob Maynard is one of the stellar CIOs who will be featured on our upcoming Power 100 list, to be released in February.

It’s hard to believe now, but when Bob Maynard first went to the Public Employee Retirement System of Idaho (PERSI) to take over the fund as chief investment officer in 1992, the pension system was in terrible shape.

At the time, with just $2.1 billion in assets and a funding level of 62%, it made headlines regularly as one of the worst funded plans in the nation. It also had a turnover problem. Before Maynard’s appointment, PERSI went through three investment chiefs in three years, including Paula Treneer, John Hart, and Phil Halpern.

Maynard was the fourth one to come in through that revolving door, by which time the fund was a hodgepodge of the latest investing styles and strategies. After wading through the fund’s various bets, he wound up with the investment policy that has been his signature style for the past three decades: simple, transparent, focused, and patient.

“If something doesn’t meet those criteria, we’re likely not going to do it,” Maynard said.

Maynard, who still opts for a traditional 70-30 equity/bond portfolio, quickly tossed any investments he considered too obscure or inappropriate for the fund. Emerging market allocation? Nah. Small-cap tech bet? Some other time, maybe. Hedge funds? Forget about it.

Pretty quickly, those changes helped PERSI outperform peers, or at least stay in the top quartile of public pension funds in the nation. As of December, the portfolio had $21.6 billion in assets, up 16.5% for the fiscal year since June, and up 12.5% for the calendar year. It’s also 99% funded, placing PERSI in a small club of state public pension systems that are virtually fully funded.

All of it sounds well and good enough. But it’s Maynard’s consistency and dedication to his approach that has impressed his peers in the industry.

“Bob Maynard is a thought leader among public fund CIOs. He has an unusual ability to distill complex issues into the basic underlying elements,” stated Matt Clark, investment chief for the South Dakota Investment Council (SDIC).

“He is a master communicator of his commonsense investment approach. He has helped teach me and others about the importance of describing your approach in simple, understandable terms,” he added.

Part of that ability to communicate complex issues simply to his peers, his trustees, and his stakeholders has to do with his background as an attorney.

Prior to his arrival at PERSI, Maynard started his career in 1975 clerking for the chief justice of the Alaska Supreme Court, after which he went on to serve as assistant attorney general for the state, mostly litigating on oil and gas cases.

He got to Alaska at a crucial time for the frontier state. In 1968, after oil was discovered at Prudhoe Bay, Alaska experienced a boom following the 1975-1977 development of the Trans-Alaska Pipeline. This was a project that environmental activists challenged legally earlier in the decade, concerned that the hot oil and gas traveling through the pipeline would damage permafrost in the state. In 1973, the pipeline was cleared for development only after President Richard Nixon removed all legal challenges to the project.

The pipeline dominated the years Maynard spent in the state. At the time, he oversaw two major lawsuits, including Alaska v. Amerada Hess, the 15-year lawsuit filed against 17 of the world’s largest oil firms for underpaying royalties. All the oil giants eventually settled out of court, and the state used the proceeds to invest in the Alaska Permanent Fund, then a fledgling portfolio, and one of the world’s first sovereign wealth funds. Maynard also worked on the Trans-Alaska Pipeline rate, which set pipeline rates, critical to oil production in the state.

It was exciting work. But in 1988, after more than a decade litigating against oil companies, Maynard switched over to the Permanent Fund as deputy executive director. “It was clear I’d been an attorney too long because I was a witness in my own cases,” he said.

“Because I’ve been there since the beginning, since before Prudhoe Bay opened up, it turned out that as people turned over, I had the recall memory that made me a witness,” he added. (Later, in 1989, he was asked by the state to come back to help manage the response to the Exxon Valdez oil spill, the biggest in US history at the time and one of the first televised CNN events, according to Maynard).

His experience as an attorney helped him when he eventually switched over to investments. He arrived at the Permanent Fund, for which he had provided bond counsel for years prior, just as the state legislature permitted the fund to expand to other asset classes, including international equities and real estate.

“I was impressed (and intimidated) by his analytical mind, his curiosity, and his thoroughness,” wrote Greg Allen, chief executive officer and chief research officer at investment consultant Callan, about his first meeting with Maynard in 1990 when they were both working in Alaska. He now considers him a good friend. (PERSI is also a client of Callan).

Perhaps what’s most striking when speaking with Maynard is how much he seems to genuinely enjoy his job as CIO, something his peers have also pointed out. “I love this job. I mean, I’ve told my legislature and my board, ‘If I were independently wealthy and didn’t need to work at all, I’d pay them to have this job,’” Maynard said.

“You could possibly have everything that goes on in the world somehow relate to what you’re doing, and you get to talk to the brightest people in the world doing the most cutting-edge stuff and they’ve got to answer your stupid questions with a smile on their face,” he continued. “I mean, where else can you get that?”

Maynard’s portfolio may be simple, but the CIO says he has the un-simple task of communicating why he chooses not to include certain investments into his portfolio, just as much as he must explain to trustees which assets should go in.

Early on in his career, Maynard spoke regularly with Fischer Black, the Wall Street legend who helped author the Black–Scholes equation, which netted his co-author the Nobel Prize after Black’s passing. He also regularly tunes into the board meetings of his peers to help him understand which investment styles and approaches are working out there, calling other public pension funds miniature “laboratories” for various investment styles. “It’s just a fascinating source,” he said.

Still, the CIO is the first to admit that he has also been incredibly fortunate in his role. Given its prior history with underfunding, Idaho has not compromised on full contributions throughout Maynard’s tenure. “They’ve been heroes with our pension fund in terms of contributions,” he said.

A full contribution means that the investment officer can meet the plan’s roughly 7% return target, a 4% real return, with a traditional allocation to a 70/30 equity/bond portfolio, instead of chasing after the latest alternative strategies. If he was at an endowment or another fund with higher targets, Maynard says he would have a completely different investment philosophy.

“We would be swinging for the fences,” Maynard said.

Even this year, Maynard expects he will stay the course. But he wants to see how the next six months pan out, specifically whether small-cap and value investments come back, before making any long-term judgments on investment strategies for the fund.

“There’s a thousand correct ways to invest,” Maynard said. “You have to really fit your investing to the history and tradition of the environment you find yourself in.”

For Matt Clark, Investing Is a Matter of Principle

(Exclusive) Triage: How a Virus, a Mission and NYC’s Most Vulnerable Created a Story of Hope