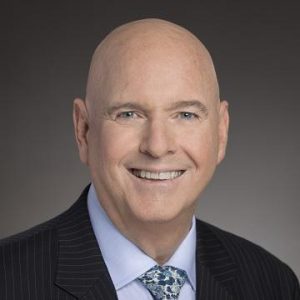 Editor’s Note: Chris Ailman is one of the stellar CIOs who will be featured on our upcoming Power 100 list, to be released in February.

Chris Ailman never expected to work as a government employee for this long. Once, in another lifetime, the investment chief of the California State Teachers’ Retirement System (CalSTRS) considered a career as a commercial airline pilot, possibly even joining the Navy with his skill.

Instead, since 1985, he has worked at public pension funds. Eleven years at a municipal plan, several years at the Washington State Investment Board (WSIB), and then CalSTRS, finally, in 2000. He found that the public pension world, particularly one with a mission for educators, suited his personality, as well as his priorities for his family.

“It’s in my nature to be very loyal to an entity,” Ailman said. “My dad worked for one company for 40 years. I know that was common in the traditional generation, but I’m not one to like to move around a lot. And raising kids, we wanted to be stable.”

Now, two decades later, Ailman is arguably the biggest advocate allocators have in the US public pension fund space, using his high profile and charisma to push for innovation in a sector sometimes held back by its government structure. He’s out to make a world class asset manager. And he’s unafraid to advance tough topics, whether he is arguing for more diversity and inclusion in the industry, or debating environmental, social, and governance (ESG) tactics with peers.

“He’s a modest guy, and he cares about the pension world, not just his own but everybody else’s,” said Sam Masoudi, investment chief at the Wyoming Retirement System.

Ailman has bold ideas. Part of how he plans to pull everyone forward is through the Collaborative Model, the $275 billion pension fund’s endeavor to bring up to two-thirds of its assets to be managed internally, though the investment chief has said there is no timeline for that goal. (Currently, CalSTRS has more than $140 billion managed in-house).

He also wants to join forces with allocators around the world, to work more collaboratively with its peers, much like investors do in Canada and on Wall Street. Today, CalSTRS is in talks with pension funds in Canada, including in Toronto and British Columbia, and even with the government of Singapore to find ways to work together in joint ventures. Not much has come of those discussions yet, Ailman said, but the investment chief said it’s something investors can expect to see more of in the future.

“I have always applauded the Australians that, as infrastructure became more of an asset class, instead of each of them building up an infrastructure team and competing against each other, many of them banded together and formed IFM. [They] created a money manager that they all own and operate and did their infrastructure for them,” Ailman said.

“I would hope that with some of the global funds in the world or some of the US funds, that we could do some of those things,” Ailman said.

Unlike other plans, in its relatively short history, CalSTRS started out wholly externally managed. In 1983, the California state legislature decided to separate the teachers’ fund from the California Public Employees’ Retirement System (CalPERS), the largest US pension fund that had managed it until then, and hired separate external money managers to run the plan. Afterward, subsequent chief investment officers started bringing management of assets in-house, beginning with the fixed income portfolio, and then, in 1998, a small S&P 500 internal portfolio.

When Ailman arrived at the fund in 2000, he realized that his global peers managed at least a third of their assets internally, and he set a course to do the same with his firm.

“We took a really hard look at what was reasonable given our business structure as a state entity and what was out of our reach, and really began a slow steady plan,” Ailman said.

Ailman has been a longstanding supporter of sustainable investing. But for just as long, he has been an advocate of shareholder activism—as opposed to divestment strategies—a tactic many climate advocates have criticized as falling short of the mark. CalSTRS has said that it’s instead committed to influencing public policy on  the low-carbon transition.

“Divesting and just dumping your shares is equivalent to disappearing and ignoring a problem and hoping it goes away. Or that somebody else steps up to deal with it,” said Ailman in a recent appearance on CNBC, speaking about the pension fund’s backing of a proxy battle against oil giant ExxonMobil to elect four external board members who would move the oil company toward cleaner energy.

He’s also been a staunch supporter of women in leadership. In 2017, he backed State Street Global Advisors when it pushed for more female board directors. CalSTRS invested $250 million into the asset manager’s SHE exchange-traded fund (ETF), which tracks the performance of diverse money managers. He “challenges norms and grasps the opportunity for fruitful collaboration,” according to Rick Lacaille, global chief investment officer at State Street Global Advisors. The pension fund publicly shamed Facebook when it launched its initial public offering (IPO) without female board members.

Perhaps most importantly, for as long as he’s been CIO, Ailman has made himself available to other investment chiefs, both old and new, passing on advice from his own experience, and frequently making connections among peers. Ask an allocator how they know Ailman, and, chances are, the “godfather” in public pension funds has gone above and beyond to provide guidance and is always a quick phone call or email away to answer any questions.

“I didn’t actually know him personally, and then 20 years ago, when I became the chief investment officer for the state of Washington, Chris reached out to me. He was my predecessor. And he was a great help for me, especially in talking to me a little bit about the politics of the board and how to work within the management structure of Washington,” said Gary Bruebaker, former chief investment officer at the Washington State Investment Board.

Going above and beyond has also included advocating for the allocator sector. Years ago, when Bruebaker was part of the National Association of State Investment Officers—a group of investment chiefs from the 70 largest US pension funds—he and about 10 allocators in total including Ailman formed the “Denver Group.” The investors would fly out to meet at a Denver airport to put their heads together and form a document of best practices to handle agreements with private equity partners, who were “dividing us and taking us out one by one,” according to Bruebaker.

They shared the list with the Private Equity Association of Chicago. It was instrumental in pushing for more transparent fees, as well as leveling a playing field that has historically been tilted more toward private equity partners. “It’s really come to be a lot more balanced. I think it’s a lot more fair today,” Bruebaker said.

Ailman also leads the 300 Club, a group of institutional investors formed to challenge conventional ideas on market theory. “He’s a true thought leader, especially as it pertains to using engagement to drive long-term value for shareholders,” wrote Amy McGarrity, chief investment officer at the Public Employees’ Retirement Association (PERA) of Colorado, whom he has previously served with on the CFA Institute’s Diversity and Inclusion steering committee.

Ailman is looking to expand, partly to fill some of the few vacancies on his team now, as well as to bring more staff to more locations. Construction on a new 10-story headquarters in West Sacramento to support the team is expected to be completed by next year.

Other assets are also being brought into the portfolio. About 85% of its fixed income assets are managed internally, including some high-yield investment vehicles, along with about half of the currency portfolio; enhanced indexes and factor-based indexes, including the SHE index; and about half of global equities, and that is expected to grow, with some talk of even bringing emerging market equities in starting this year. Ailman said he is “pleased” with the results thus far, saying all indexes have met or outperformed their mark. The pension fund has also increased exposure to growth assets in its 2016 and 2020 allocations.

Of course, there are things the investment chief said he is not going to do. When it comes to real estate, the pension fund is not exactly planning on bringing assets in-house, but it is looking to own operators that could manage assets in its stead, similar to what Canadians have done. Ailman hopes to apply that same concept eventually to infrastructure, though he says the pandemic has put those plans into “slow mode.” Meanwhile, the pension chief finds private equity too competitive, particularly as a government entity, so he plans to use co-investment vehicles for that asset class instead.

Ailman hopes the asset mix and the Collaborative Model will reduce costs, especially as the pension fund, just 66% funded, aims to meet its 7% return targets, a goal the investment chief is reasonable in the long-term, but a challenge as the Fed holds rates near zero. Of course, there are also other advantages, such as raising the overall standards of the team.

“My vision when I joined CalSTRS in 2000 was to make us a world class asset manager,” Ailman said.

He added: “My vision for the future is to transition the team and move the portfolio toward a more sustainable, future-looking fund.”