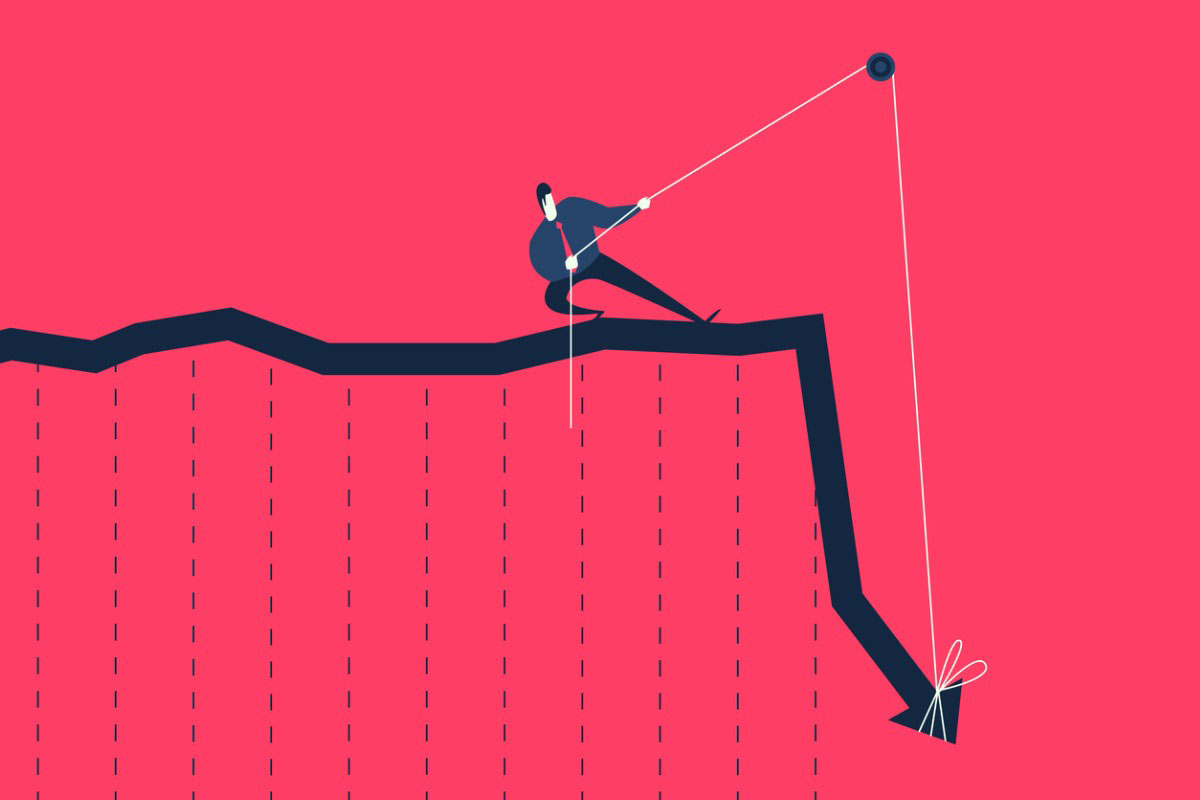 A batch of dispiriting economic reports today reversed the market’s Monday advance, which had been a respite from a seven-week slide. Welcome back to the downtrend, with the S&P 500 falling 1.4% as of this afternoon.

But in these unsettling times, it’s significant that one part of the capital markets recently got some good news. Bond prices, in particular Treasury ones, have gone up as more investors have reconsidered and flocked to fixed income due to its traditional role as a refuge.

“The bit that’s been missing is that risk-off means bonds rally,” Nick Hayes, head of active fixed-income allocation and total return at AXA Investment Managers, told Reuters. “That doesn’t always work, but we can’t go on for too long where bonds don’t behave as a safe haven.”

As a result, Treasury yields, which move in the opposite direction from prices, have fallen. The benchmark 10-year note yield today dipped to 2.76%, its lowest level this month. Earlier in May, the 10-year yield reached 3.12%, marking a long ascent from where it started the year, at 1.63%.

Up to now, surging inflation—and the Federal Reserve’s campaign to combat it via higher interest rates—has produced lower bond prices and higher yields. What’s rare is for stock returns to drop along with bond ones, as has been the case since March. This year, the S&P 500 is off 17.8%. The main bond benchmark, the Bloomberg U.S. Agg Total Return index, is down 9.5% for the year; previously, it had topped 10%.

The reversal of bond returns, under way in recent days, may stem from investors believing that inflation, bond prices’ enemy, has maxed out. Inflation expectations now are pointing lower, as seen in the 10-year breakeven rate, which in effect is the market’s bet on future inflation. It has eased to 2.6% today from 3.0% in April.

The Consumer Price Index was 8.3% over the 12 months ending in April, versus 8.5% for March. More importantly, the monthly rate increase slowed.