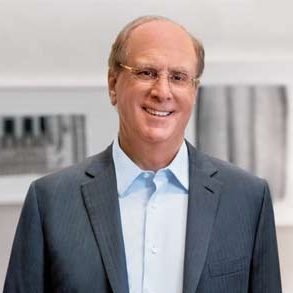 Joining a chorus of some top executives who want their white-collar workforce back in the office, BlackRock CEO Larry Fink lambasted working from home.

“Can you get transformative ideas from Zoom calls?” the head of the world’s largest asset manager ($7 trillion) asked a Morningstar virtual conference Thursday. “You don’t have that water cooler moment.”

The baleful cumulative effect on corporate culture will get worse over time, he lamented. “Cultures were not meant to be done in a remote fashion,” he warned. He worried that new hires haven’t been able to acclimate to how BlackRock does business. BlackRock has hired 400 young staffers during the pandemic “and none of them has been to the office yet,” he said.

BlackRock has indicated that it will permit staffers to work from home for the rest of the year. Fink acknowledged that, in the firm’s three hubs (New York, San Francisco, and London), some are fearful of taking mass transit. But after the pandemic is over, Fink said, he expects some 70% of employees will be in the office, and that might be a rotation of people cycling between home and the office.

Right now, 30% are back, he said, and he himself expects to be in three days a week.

Jamie Dimon, CEO of JPMorgan Chase, wants to start bringing a lot of his folks back later this month, aiming for half the staff to return to the company’s New York offices. In remarks to analysts, Dimon said “overall productivity and ‘creative combustion’ have taken a hit” from remote work.

Around the country, some CEOs are echoing Fink’s and Dimon’s sentiments. Netflix CEO Reed Hastings told the Wall Street Journal recently that remote work was a “pure negative” because “debating ideas is harder now.” His workforce will come back to the office, he added, “12 hours after a vaccine is approved.”

Although Microsoft hasn’t announced any plans yet, CEO Satya Nadella has expressed qualms about the impact of remote work to the New York Times. “Maybe we are burning some of the social capital we built up in this phase where we are all working remote,” he said recently. Others, such as Facebook and Google parent Alphabet, have said people could work from their residences until next July.

Fink’s attitude on remote work has changed. In a client call in March, at the onset of sheltering in place, he said his initial leeriness about working from home disappeared. Laboring at home, he said then, made him more productive. Now he is walking that back.

How Asset Allocators Are Planning Life Back in the Office