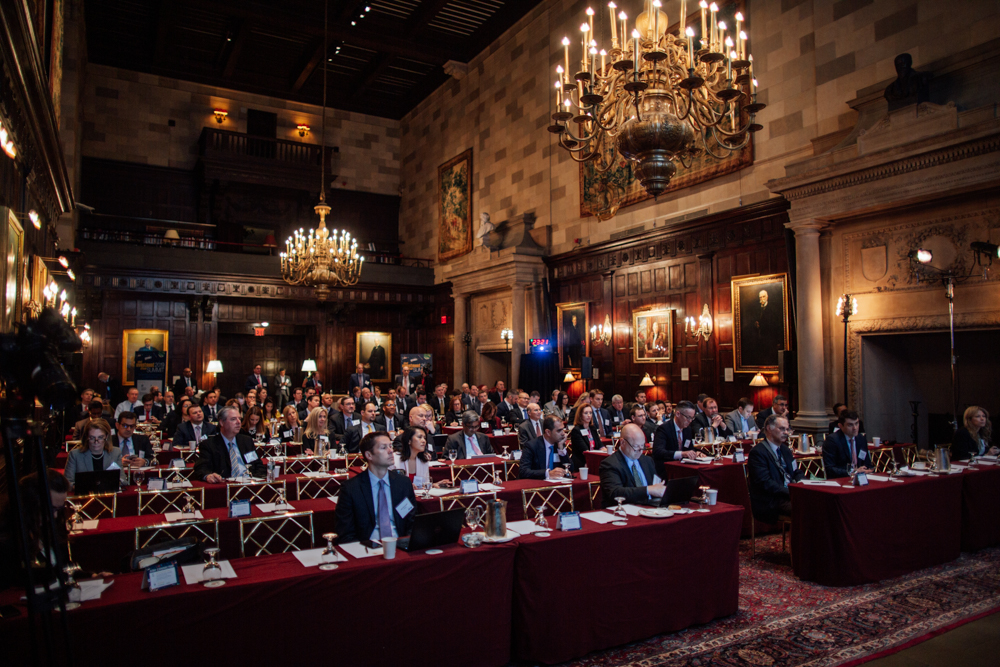 A broad panoply of vital subjects, ranging from environment, social and governance (ESG) to infrastructure to emerging markets, got a good dose of analysis at our 10th Annual CIO Summit last week.

During this two-day gathering held at the Harvard Club in New York City, chief investment officers and other top financial professionals weighed in on several exciting topics and what they’re seeing in today’s ever-changing climate.

The summit, dubbed “Team Building and Smart Investing in a Topsy-Turvy World,” chewed over trends, opportunities, and problem areas. The attendees, several of which have been CIO Industry Innovation Award winners, covered innovations in tech, such as automation, the future of work, and how self-driving shared ride services will play into our daily lives.

They examined board and manager policies, as well as challenges CIOs are facing, such as talent retention, and how to best handle the political balance.

One example of an alternative investment area: farmland, which had been great for some, less so for others. How and when investors enter that sector are the crucial factors.

Emerging markets and geopolitics also generated lots of talk as CIOs and peers discussed where things are going globally, what’s attractive, and what’s worked for them in these areas given the current climate.

The CIO Summit also saw a variety of engaging presentations and fireside chats covering everything from big data to alts to geopolitics.

Several CIO NextGens from 2018’s inaugural class and this year’s upcoming honorees were in attendance. While CIO can’t give those names away until the list of 2019 NextGens launches, we can say they made their presence known at the Harvard Club.

Also announced was the opening of nominations for our 10th annual Industry Innovation Awards, which will take place at the New York Public Library on December 12. The ceremony showcases the best and brightest in the institutional world, and highlights innovations from top CIOs in the public and private arenas. Asset owners and managers can nominate their favorite innovators by clicking here and filling out the nomination form, which closes August 3.

At the end of the event, CIOs were invited to an exclusive closed-door session moderated by top CIOs on what’s really keeping these investment officials up at night. The private discussion put a tightly wound bow on the annual conference, which attending CIOs agreed was a can’t-miss event.