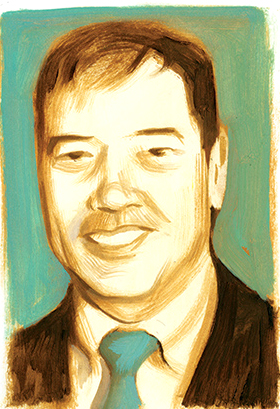 William “Bill” Lee, the chief investment officer at NewYork-Presbyterian (NYP) Hospital will step down in September, the hospital has confirmed, “to pursue the next chapter in his accomplished career,” according to a hospital spokeswoman.

Lee has been senior vice president and CIO for NewYork-Presbyterian since 2016.

The announcement comes on the heels of an August AA rating from Fitch, which noted NYP’s coronavirus challenges and gave the hospital a “stable” outlook. But the Fitch report also gives an indication of the kind of financial environment Lee was dealing with throughout the pandemic, when New York City became one of the earliest epicenters of the pandemic and one of the first to treat coronavirus patients.

“Even though NYP recognized approximately $900 million in federal stimulus funding in 2020, it was not enough to offset the impact of the pandemic, in terms of additional costs and lost revenue,” according to the report.

The hospital experienced large surges of COVID-19 patients, and its ICUs across the system were full of coronavirus patients until early July 2021 in four of the five boroughs of the city—Manhattan, Queens, Brooklyn, and the Bronx. Almost a third of its patients, or 27%, self-pay or rely on Medicaid.

“The rating also reflects expectations that NYP’s performance will return to levels consistent with a strong operating risk assessment after 2022, following lower coronavirus-related performance in 2020 and 2021,” according to Fitch.

Before NYP, Lee was chief investment officer at a few other places, including the Levi Strauss Foundation and Red Tab Foundation, as well as Kaiser Permanente, where he also served as chairman of the investment committee starting in 2005, overseeing approximately $71 billion in defined contribution (DC), pension, and foundation assets.

He also left the industry for eight years to work as a police detective.

At NYP, Lee followed CIO Gloria Reeg, who retired in 2016.

Lee could not be reached for comment by press time.

“Since 2016, his effective financial stewardship has helped strengthen NYP’s ability to achieve our mission to provide exceptional care for all of our patients and the communities we serve, and we wish him continued success,” said the spokeswoman for New York-Presbyterian.

« Richard Nixon Is the Father of Cryptocurrency, Says BTIG