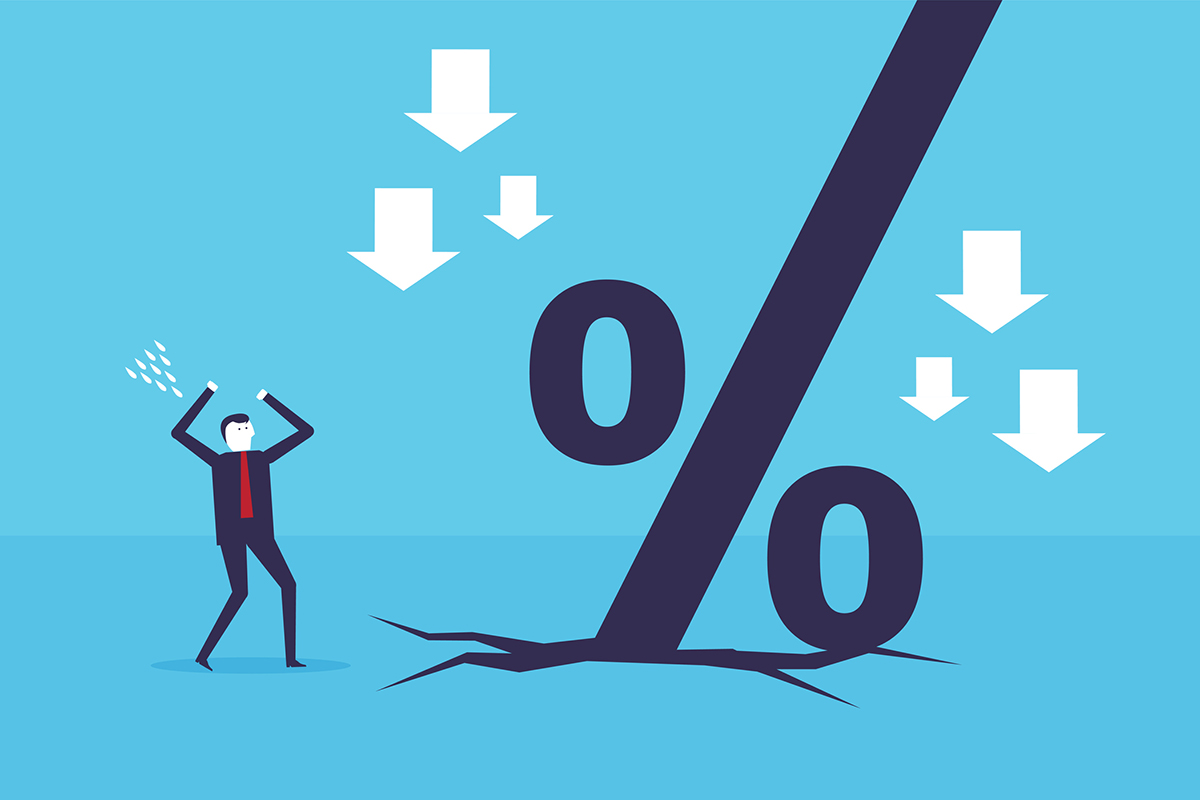 US corporate pensions saw an investment loss of 0.74%, or $17 billion, during September—the first time in six months that their asset value has declined, according to actuarial and consulting firm Milliman.

The asset decline resulted in the average funded ratio for the 100 largest corporate defined benefit pension plans—as tracked by the Milliman 100 Pension Funding Index (PFI)—dropping to 84.5% from 85% at the end of August. The $17 billion funding decline, which lowered the funds’ aggregate market value to $1.653 trillion from $1.671 trillion, was comprised of an $8 billion increase in their deficit to $302 billion from $294 billion and a $9 billion decline in the projected benefit obligation to $1.955 trillion from $1.964 trillion.

The change in the PBO was the result of a three-basis point increase in the monthly discount rate to 2.57% from 2.54% in August. There have been two straight months of discount rate increases since July, when the rate hit its lowest point in the 20-year history of the Milliman 100 PFI.

“This was a dizzying few months for corporate pensions, with discount rates hitting historic lows while investment returns had equally noteworthy gains,” Zorast Wadia, author of the Milliman 100 PFI, said in a statement. “However, the result was a solid third quarter for the Milliman 100 plans, with the funded ratio improving.”

Milliman also reported that during the third quarter that ended September 30, the funded status deficit for the 100 corporate pension plans improved by $18 billion. The discount rate increase and strong asset returns in August resulted in the largest monthly funded status gain for the year. And during the quarter, plan assets were up by $35 billion as the funded ratio of the Milliman 100 companies improved to 84.5% from 83.5% at the end of the second quarter.

For the 12 months to September, the cumulative asset return for the pensions was 8.15%, however, their funded status deficit has widened by $45 billion during that time because the discount rate has declined to 2.57% a year later at the end of September from 3.09% at the same time last year. During that time the funded ratio of the Milliman 100 companies has decreased to 84.5% from 86.0%.

Milliman forecast that if the 100 companies in its index were to earn the expected median asset return of 6.5%, and if the current discount rate of 2.57% were to remain unchanged through 2021, the funded status of the surveyed plans would increase to 85.3% by the end of 2020 and 89.1% by the end of 2021. This is under the assumption that 2020 and 2021 aggregate annual contributions will be $40 billion and $50 billion, respectively.

Despite Robust Returns, US Corporate Pension Funding Falls in July