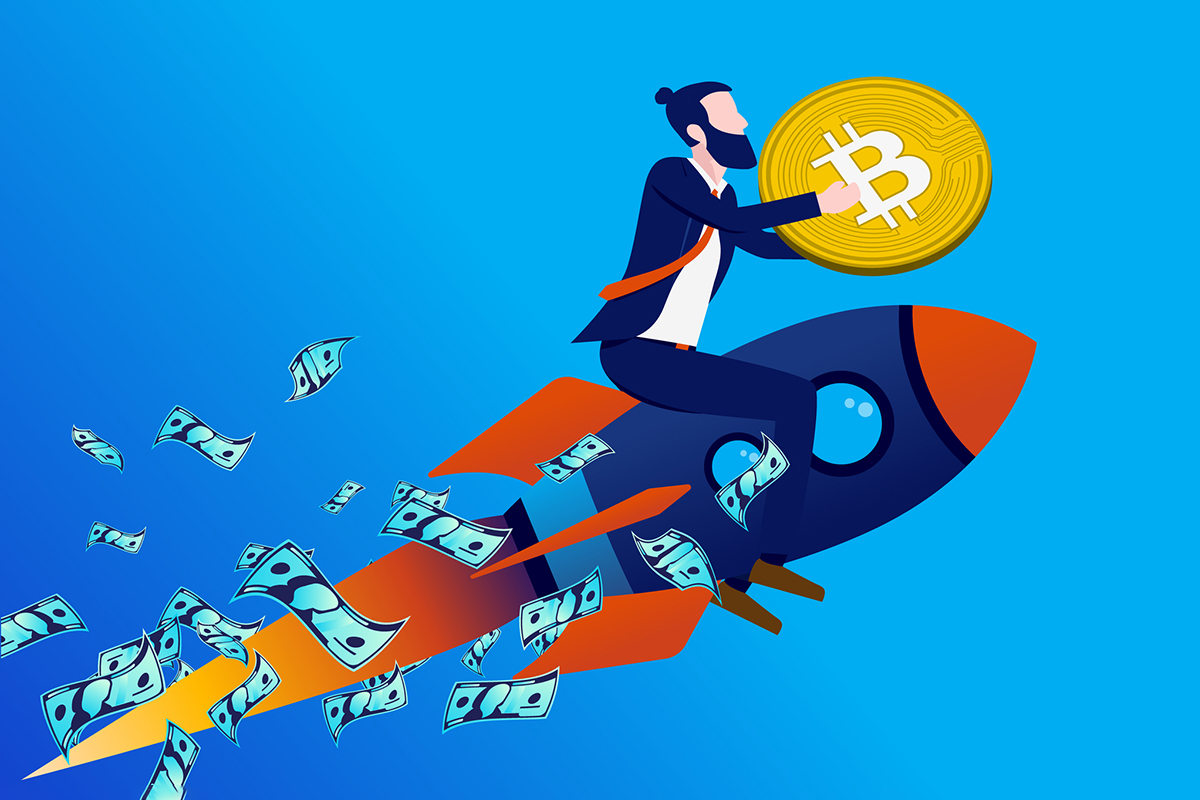 As cryptocurrency prices soar to dizzying heights, S&P Global Ratings warns in a recent commentary that the digital assets continue to be “speculative instruments” that are “more useful as a store of value rather than a means for commerce.”

However, the firm said the key to making cryptocurrencies more suitable for investors than speculators lies in the hands of regulators and requires “much greater public confidence.”

Cryptocurrency prices have been on a rollercoaster ride so far this year, which is exemplified by Bitcoin’s wild volatility during the first two and a half months of the year. The price of Bitcoin surged some $10,000 during the first week of the year to rise above $40,000 from just below $30,000.

Although S&P cites Bitcoin’s price volatility as an indication of its “speculative nature,” the firm noted that acceptability of the instruments has been growing over the past couple of years, albeit more as an investment than a payment method. It attributed a renewed interest in Bitcoin to “ultralow interest rates, substantial liquidity, growing inflation expectations, and high valuations for other securities.”

It also said some investors see Bitcoin as a competitor to gold and other commodities as a hedge against inflation. However, S&P noted that it sees the price volatility of cryptocurrencies as a “limited risk” for the financial institutions it rates.

“We believe a collapse in the value of cryptocurrencies would be just a ripple across the financial services industry, still too small to destabilize the system or weaken the creditworthiness of banks we rate,” S&P said.

The firm added the caveat that some banks, particularly the ones active in marketing cryptocurrency exchange-traded funds (ETFs), might be exposed to product misselling or reputational risks if prices collapse.

“It could be argued that buyers do not really understand the risks of investing in digital currencies,” said S&P, which added that if Bitcoin prices take a nosedive, it would be retail investors who “would feel most of the heat” as they represent most of the market’s activity either directly or through investment in funds.

S&P said it sees a greater chance of large-scale adoption of central bank digital currencies (CBDCs) over the long term as a means of payment instead of private digital currencies. The firm said this could lead to a shakeup within the banking sector.

“What would lead to increased risks for rated banks would be a wider adoption most likely of CBDCs,” S&P said. “Indeed, they may face changes to and perhaps even disruption of their business models.” The firm said another game changer for the financial markets could be cryptocurrencies’ distributed ledger technology, which it said is being used for various purposes by many traditional financial institutions.

Although many institutional investors continue to sit on the sidelines regarding cryptocurrency investments, others have ventured into digital assets with varying degrees of commitment.

In 2018, David Swensen, the CIO of Yale University’s endowment, caused a bit of a stir when reports said he invested an undisclosed amount in two separate cryptocurrency venture funds. And according to crypto news outlet CoinDesk, the endowments of Harvard University and Brown University have been investing in Bitcoin for at least a year.

In January, Blackrock, the world’s largest asset manager, applied to the US Securities and Exchange Commission (SEC) to include Bitcoin futures in two of its funds. And in November, UK-based Ruffer Investment Management, which has approximately $27.3 billion in assets under management, took a £550 million (US$763.9 million) position on Bitcoin.

More recently, credit card company Mastercard signed a deal with London-based fintech company Wirex to launch a multicurrency Mastercard debit card in the UK and most of Europe, which will allow users to spend up to 18 cryptocurrencies and traditional currencies in real time. And Visa has been working with digital currency platforms such as Coinbase and Fold and has more than 25 digital currency wallets’ services linked to the credit-card firm.

“We believe that digital currencies have the potential to extend the value of digital payments to a greater number of people and places,” Visa said in a statement. “As such, we want to help shape and support the role they play in the future of money.”

Despite the growing interest by institutional investors, S&P cautions that the overall market capitalization of Bitcoin is still relatively small compared with the size of global capital markets, and that the market is still concentrated, which makes it prone to market manipulation.

“We continue to believe that Bitcoin and other cryptocurrencies will have to overcome their technical and nontechnical weaknesses, including lack of regulatory support, to thrive,” S&P said.

Bitcoin About to See an ‘Avalanche of Institutional Investors,’ Says Scaramucci