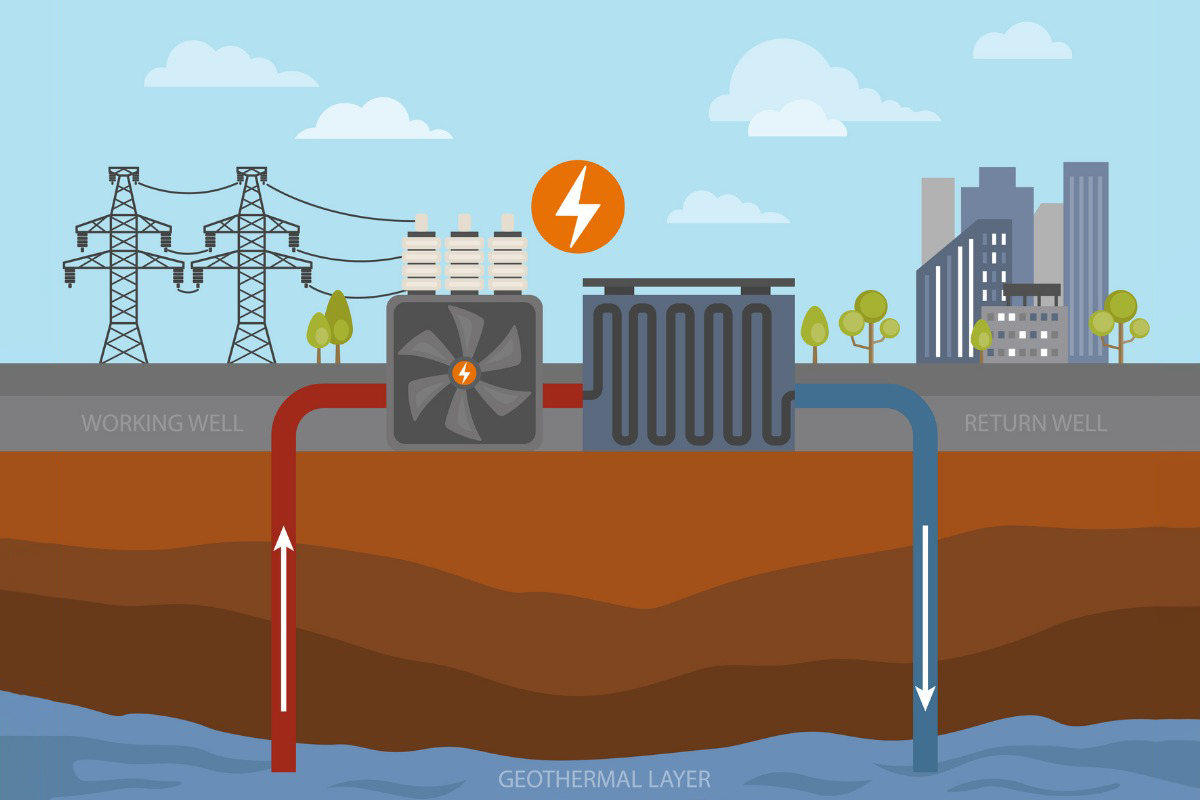 Renewable energy investments have been the recent targets of the $141 billion Danish pension fund ATP and Canada’s $311.6 billion Caisse de dépôt et placement du Québec (CDPQ). ATP is investing in what will be the European Union’s largest geothermal plant, and, in a separate deal, CDPQ boosted its majority stake in Trencap, which owns natural gas and renewable energy company Énergir.

The Danish pension fund said it is now invested in geothermal-based heating company Innargi, which is owned by privately held Danish investment company A.P. Møller Holding. Innargi is planning to build and operate a 110 megawatt (MW) geothermal power plant in Aarhus, Denmark, that will extract energy from deep within the soil. The plant is expected to begin supplying heat in 2025 and to be fully developed by 2030.

”Geothermal energy holds enormous perspectives. It can be used in the heat supply instead of coal, gas, and biomass,” Bo Foged, CEO of ATP, said in a statement. “This investment is in line with our climate ambitions as announced in autumn 2021 in connection with COP26. We are convinced that this investment will provide good returns for the members, and the importance for the green transition is obvious.”

Although ATP didn’t disclose how much it invested in Innargi, it now owns 37% of the company, while NRGi owns 20%, and AP Møller Holding owns the remaining 43%.

Meanwhile, across the Atlantic, Quebec’s CDPQ raised its stake in Trencap with development capital fund the Fonds de solidarité FTQ. Trencap is the 100% owner of Énergir through holding company Noverco. The deal increases the pension fund’s ownership stake in Trencap to 80.9% of its shares, while the Fonds de solidarité FTQ maintains a 19.1% share. In June, CDPQ led a consortium that agreed to buy the minority stake it did not already own in Energir for C$1.14 billion (US$910.8 million)

CDPQ is also a majority owner of Invenergy Renewables, which develops, owns, and operates sustainable energy generation and storage facilities in the Americas, Europe, and Asia. Earlier this month Invenergy received a $3 billion investment from private equity firm Blackstone.

Last year, CDPQ announced a climate change strategy that it said it will use as a guide to reach a net-zero portfolio by 2050, which includes a plan to triple the value of its low-carbon asset portfolio compared with 2017 to C$54 billion by 2025.

« Jeremy Grantham: How to Live in an About-to-Burst ‘Super Bubble’