Home > News > Risk > Jeremy Grantham: How to Live in an About-to-Burst ‘Super Bubble’ 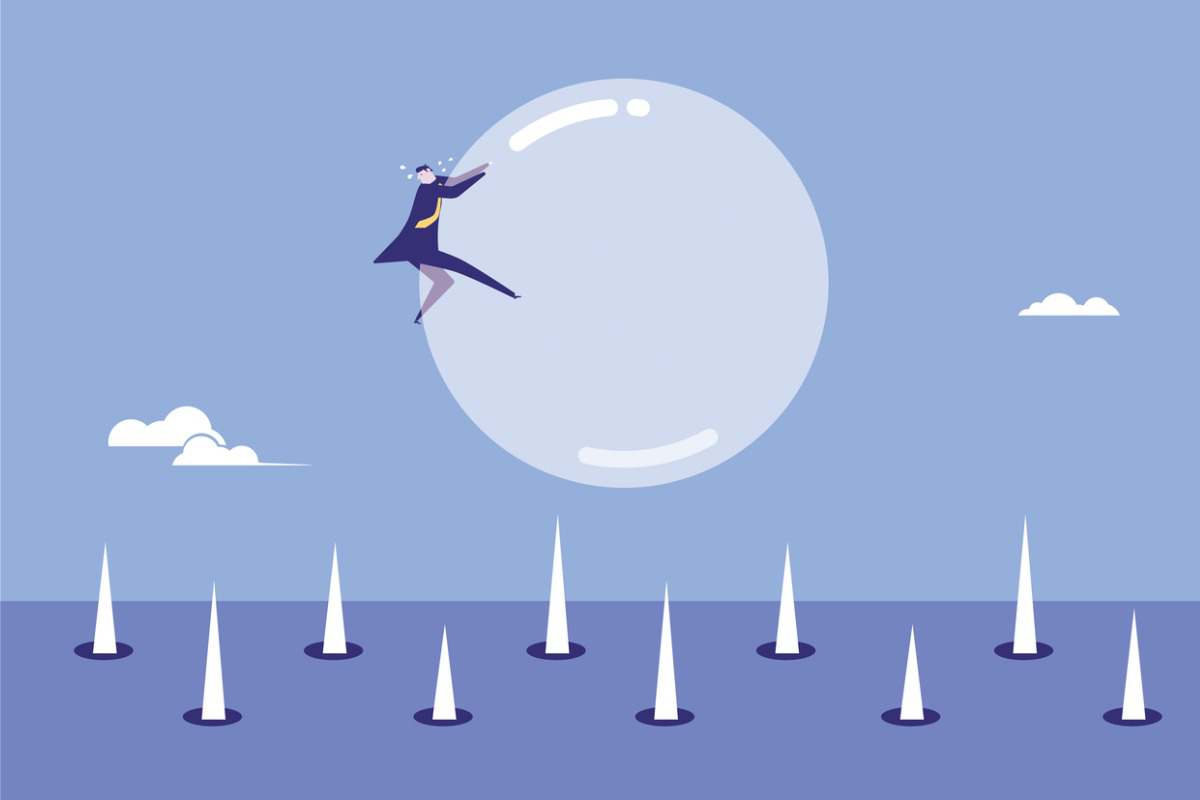 Now, in the stock market’s winter of discontent, comes a jeremiad from a well-regarded seer who has accurately predicted past cataclysms.

Jeremy Grantham, co-founder of investment house GMO, thinks we are in a “super bubble” that is going to pop, just as the housing bubble did in 2008 and the dot-com bubble did in 2000, not to mention Japan’s in 1989. But he has some advice on to where to put your money to avoid the worst.

This time, Grantham wrote in a research paper, stocks are way overvalued, along with bonds, commodities, and housing. He points the finger at the Federal Reserve for allowing it all to happen thanks to cheap money.

Certainly, some write off Grantham as a perma-bear. But he has been prescient in the past.

His advice is to sell US stocks and plug the proceeds into cheaper shares in Japan and emerging markets. Gold and silver are good safe harbors to counter inflation, he counseled.

A key telltale of the current bubble, he explained, is a speed-up of price advances, “to two or three times the average speed of the full bull market.” During the current cycle, he said, the acceleration started in 2020 and ended in February 2021, as the Nasdaq Composite rose 58%, “and an astonishing 105% from the COVID-19 low.”

Then there’s the narrowing of the market, as Big Tech leaders provided much of the energy that propelled the indexes skyward, he declared. Next, he went on, “at the end of the great bubbles it seems as if the confidence termites attack the most speculative and vulnerable first and work their way up, sometimes quite slowly, to the blue chips.”

Grantham predicted that the S&P 500 will slide 45% from Wednesday’s close. The Nasdaq Composite, already down 12% this month, has much more to fall, he added.

To Grantham, the initial indication of problems ahead was a year ago, when many of the most speculative stocks began to decline.

Next came what Grantham in his paper termed “the most exuberant, ecstatic, even crazy investor behavior in the history of the US stock market.” Add in “the highest-priced bond markets in the US and most other countries around the world, and the lowest rates, of course, that go with them, that human history has ever seen.” Plus, overpriced commodities, namely metals and oil. Also, “the US housing market is selling at a high multiple of family income.”

And the ultimate villain, he said, is the Fed. That’s going back to Alan Greenspan, who became the central bank’s chief in 1987. The Fed, Grantham complained,  has “aided and abetted” three bubbles since (counting the present one).

“Everything has consequences and the consequences this time may or may not include some intractable inflation,” Grantham wrote. “But it has already definitely included the most dangerous breadth of asset overpricing in financial history.”

« British Pension to Shift $6.7 Billion Away from Polluters