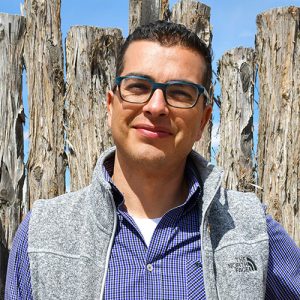 “It has been a pleasure and honor to serve PERA for eight years, and the last four years as CIO,” Garcia said in a statement. “Together, we achieved so much to ensure PERA has a sustainable and prosperous 21st century.”

Garcia was named to CIO Magazine’s 2021 Power 100 list earlier this year. He and his executive team were recognized for collaborating with stakeholders to improve long-term pension sustainability by modernizing investment governance and enacting pension reform. Garcia was also lauded for integrating a risk-based approach, which separates alpha and beta in the multi-asset investment portfolio.

Garcia spoke during a panel discussion on the survival of the fittest pension funds at CIO’s virtual conference “Inside the Minds of CIOs” in March. He discussed the changes he implemented at PERA, such as creating two benefit payment structures and changing its cost-of-living-adjustment (COLA) benefit to a variable rate from a fixed rate. The new “profit-share” model, which borrows from Wisconsin and South Dakota’s plan designs, ties benefit payments to investment performance and funding ratios. However, Garcia said that benefit design structure can be politically difficult to implement at many public pension funds.

Prior to joining PERA, Garcia was senior funds alpha manager at the $144 billion State of Wisconsin Investment Board (SWIB), where he managed and oversaw the public market external active risk profile for global equities, global fixed income, multi-asset, and hedge funds. While there, he worked under the tutelage of his mentor, CIO David Villa, who died in February.

“David Villa, for me, was a teacher, a mentor, and one of the most influential people in my life,” Garcia wrote in memoriam of Villa for CIO magazine in February. “He shepherded me in more ways than I realized. … He certainly changed my life. My family and I will be forever grateful.”

Garcia also touched on his time at SWIB during the March panel. “I’m part of a fund that we’re getting our ‘fit’ together,” he said of PERA, “but I spent a decade at Wisconsin, which is probably one of the fittest pensions in all the world, and so I bring the perspective of living and breathing a very fit fund for a decade and trying to bring those pillars and those elements to a fund to bring us up to that area.”

Because PERA’s fiscal year ended June 30 at the beginning of the market rebound last year, the pension fund reported an investment loss of 1.52% net of fees for 2020, well below its assumed actuarial investment return of 7.25%. The fund also reported three-, five-, and 10-year annualized returns of 3.9%, 4.6%, and 7.5%, respectively, and has earned 8.6% annually since its inception in 1985.

“Thank you to Dominic for all his hard work. Our members and staff have benefited greatly from his contributions,” Greg Trujillo, interim executive director, said in a statement. “PERA wishes Dominic nothing but the best and thanks him for his service.”

Dominic Garcia: From Mentee to Mentor

In Memory of David Villa