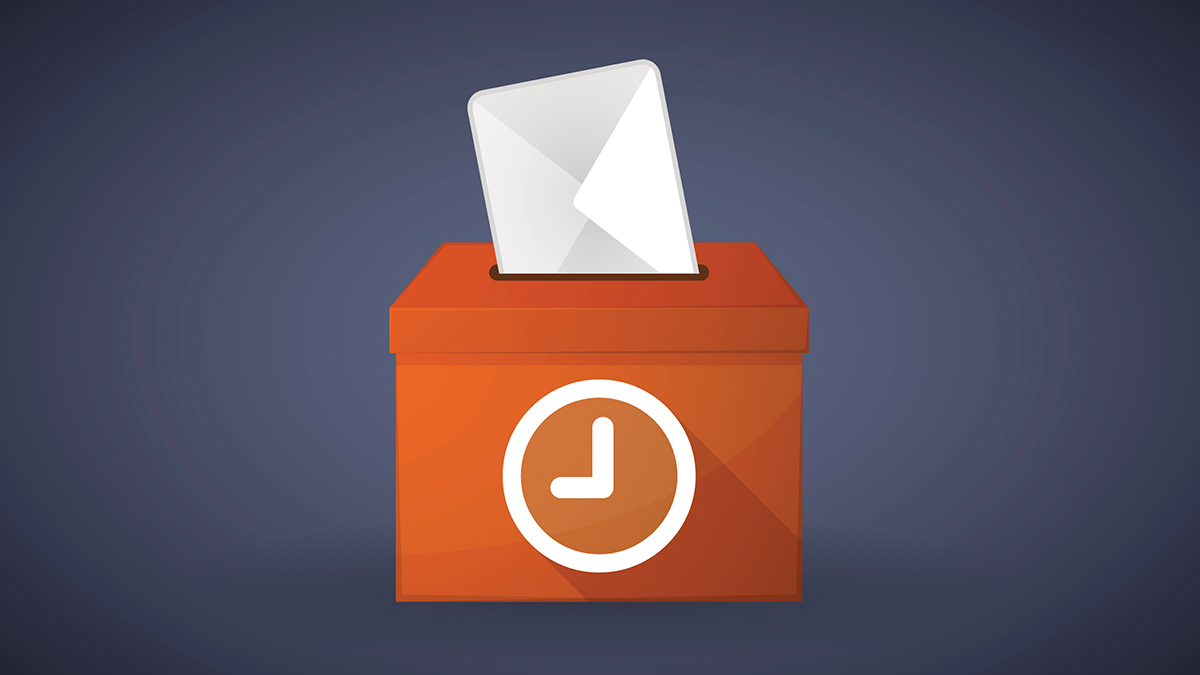 Fears of a chaotic vote count in the upcoming presidential election are rife, but Goldman Sachs says not to worry: The ballot tallying mechanisms should be able to render a quick decision.

So traders shouldn’t get anxious about a system breakdown, which would translate into a stock market slide, Goldman economists Michael Cahill and Alec Phillips wrote in a research note. By their assessment, the nation and the market should know fairly soon who won the election, GOP President Donald Trump or Democratic former Vice President Joe Biden.

Right now, the traders sure are fretting. Readings of the so-called “fear gauge,” which measures volatility via futures contracts, indicate how deeply traders are concerned about election turmoil. For the S&P 500, the Cboe Volatility Index, or VIX, expiring in late October closed on Friday at 31.2, compared with a spot VIX that closed at 26. That’s quite a wide gap historically. What’s more, the November closing was higher still, at 32.9.

To Goldman, the trepidation now rocking the options market, which could well spill over into regular stock trading, may be explained as “muscle memory” that resulted from delayed counts in the past.

In 2000, the outcome of the election hinged on 600 ballots cast in Florida, entailing a dispute that had to be settled by the US Supreme Court. This year, there will be record numbers of mail-in votes due to the coronavirus. Among traders’ biggest anxieties is that the mail-in ballots may not be counted for days.

But the Goldman economists wrote that “there should be enough information on Election Night from states that will report quickly” to know who the likely winner will be, even before the Associated Press or others pronounce the victor. “In other words, the S&P can trade the likely outcome even if the AP does not call the race,” they declared.

Although a delayed result is a “tail risk,” they reasoned, a lot of states, including key battleground ones, will have begun tallying votes well before Nov. 3, Election Day. Indeed, the outcome in the key state of Florida, which was the crux of the 2000 problem, should be known early, they stated.

That’s because the Sunshine State will begin counting early votes 22 days before Nov. 3 and won’t accept any more ballots after Election Day. The Goldman economists wrote that “nearly all scenarios in which President Trump reaches an electoral college majority includes Florida’s 27 electoral votes.” A Florida win should come early and tell the tale for the rest of the contest, they said.

Phillips and Cahill conceded that legal challenges could draw the situation out. But they argued that this would only be the case if the count was very close in a state. The winner in any certain state, they said, “is usually more decisive.”

Why Today’s Weaker Dollar May Presage a Trump Re-election