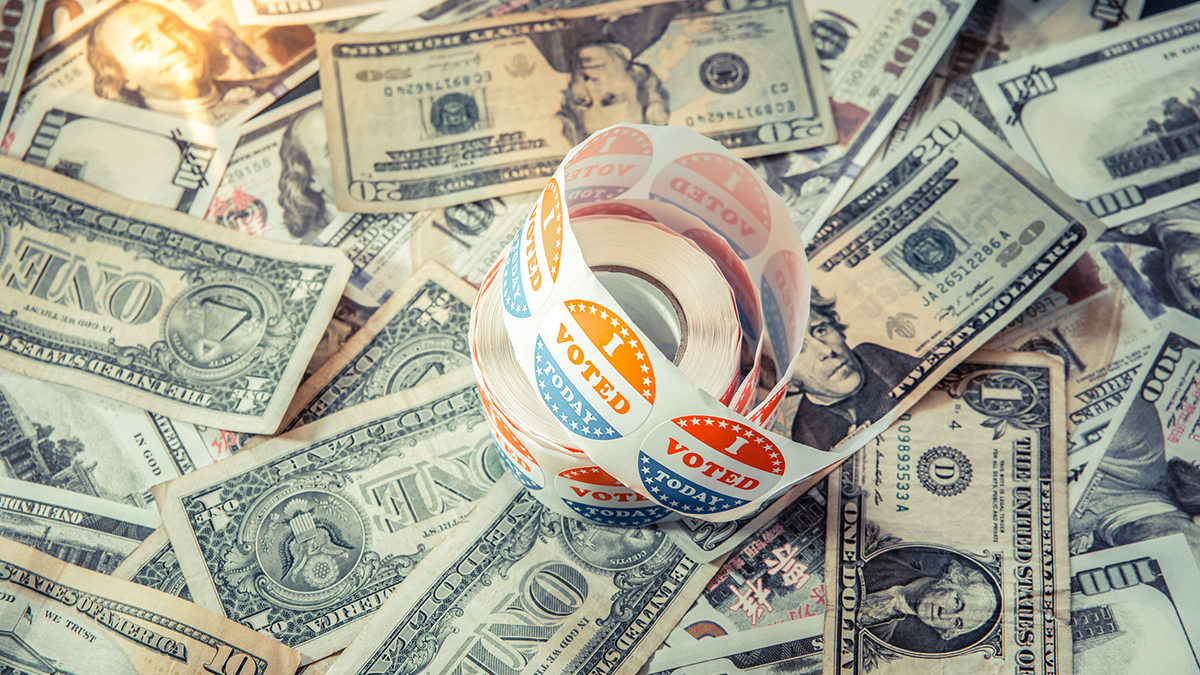 If the greenback is down three months before the election, which it was and still is, then the incumbent party gets to keep the White House, Detrick wrote in a research note. If the party occupying the Oval Office encounters a strong dollar, it loses. That has been the case in seven of the last presidential elections.

The lone time since the 1988 election that the pattern didn’t hold was in 1996 (as seen in the column marked “Correct” in the chart below, meaning: Did the election results conform to the dollar augury.) In 1996, riding a soaring economy, Bill Clinton cruised to a second term. 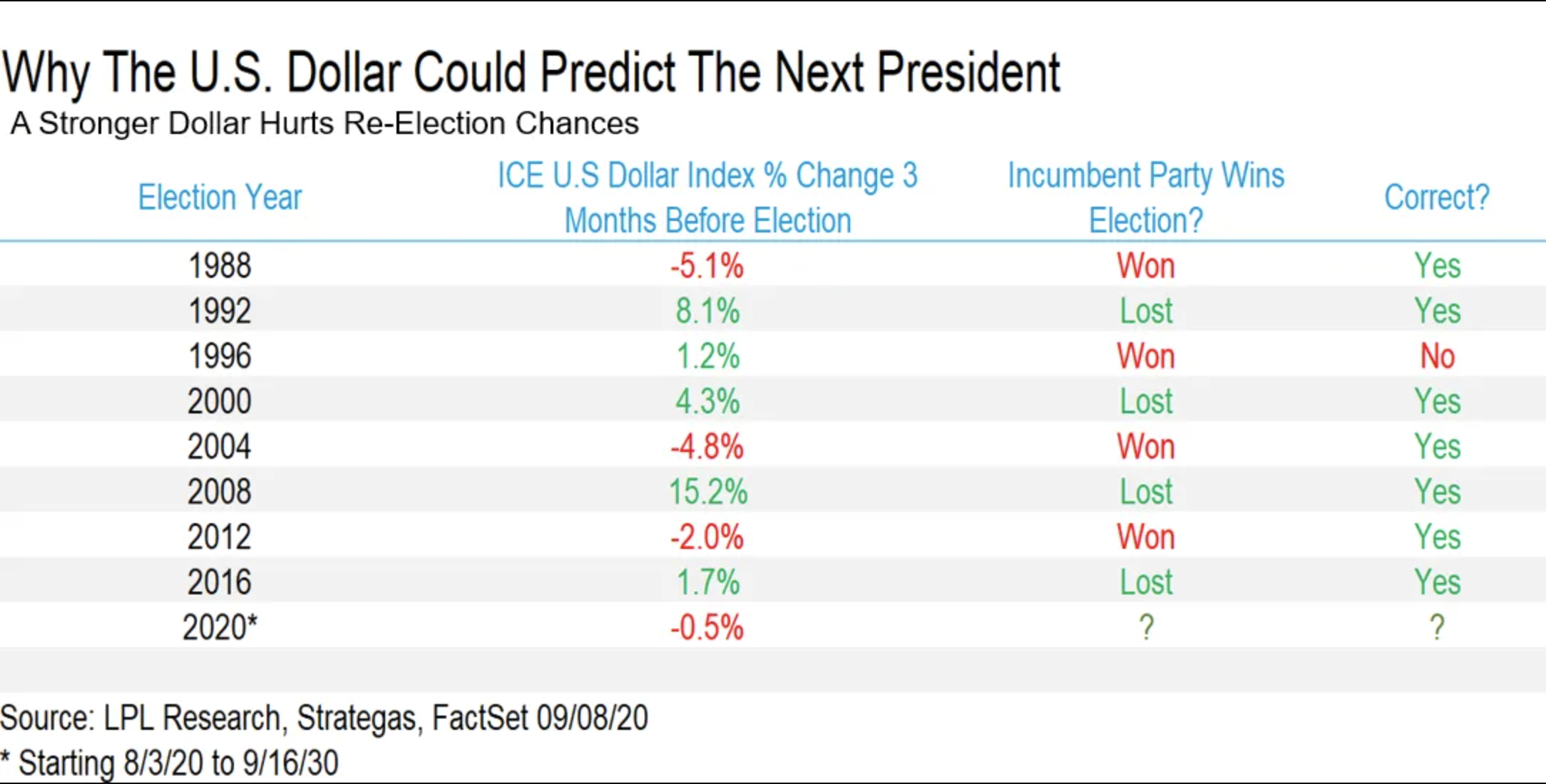 This year, the dollar is weaker, although not massively so. It’s down 3.1% in 2020, and 0.5% from three months before the Nov. 3 balloting, according to the ICE Dollar Index. “So far, the dollar is slightly lower, which would suggest a potential win for Trump,” Detrick wrote.

If the world is in turmoil, investors from everywhere flock to the dollar. Once economic and other troubles settle down, they don’t. “When things are calm, the dollar tends to weaken, which favors riskier assets,” Detrick observed.

Why would a weaker dollar help the incumbent? Likely, it helps US exports, an economic plus. Whether that dynamic is helpful to Trump now is another question, due to the skewed nature of economics these days because of COVID-19.

Both American imports and exports plunged in the spring, as the pandemic spread across the planet, scaring everybody. Lately, US imports have rebounded smartly, and exports are up just modestly. Hence, exports aren’t much of a boost this time.

Another indicator could be more hopeful for the president, maybe: Should the S&P 500 be up three months before the election, then the incumbent party almost always triumphs, another LPL Financial study indicates. That’s been the case since 1928, the firm says. And while the stock market had a heady rebound since its March low, this month it is on the downswing.

The last time the incumbent White House party lost another term as the market was sinking was in 2008. Then, Republican nominee John McCain (seeking to succeed George W. Bush) met defeat from Barack Obama. A key difference from today is that, a dozen years ago, the economy was in free-fall. At the moment, economic conditions seem to be improving, albeit haltingly. Another surge of the coronavirus could nix that, certainly.