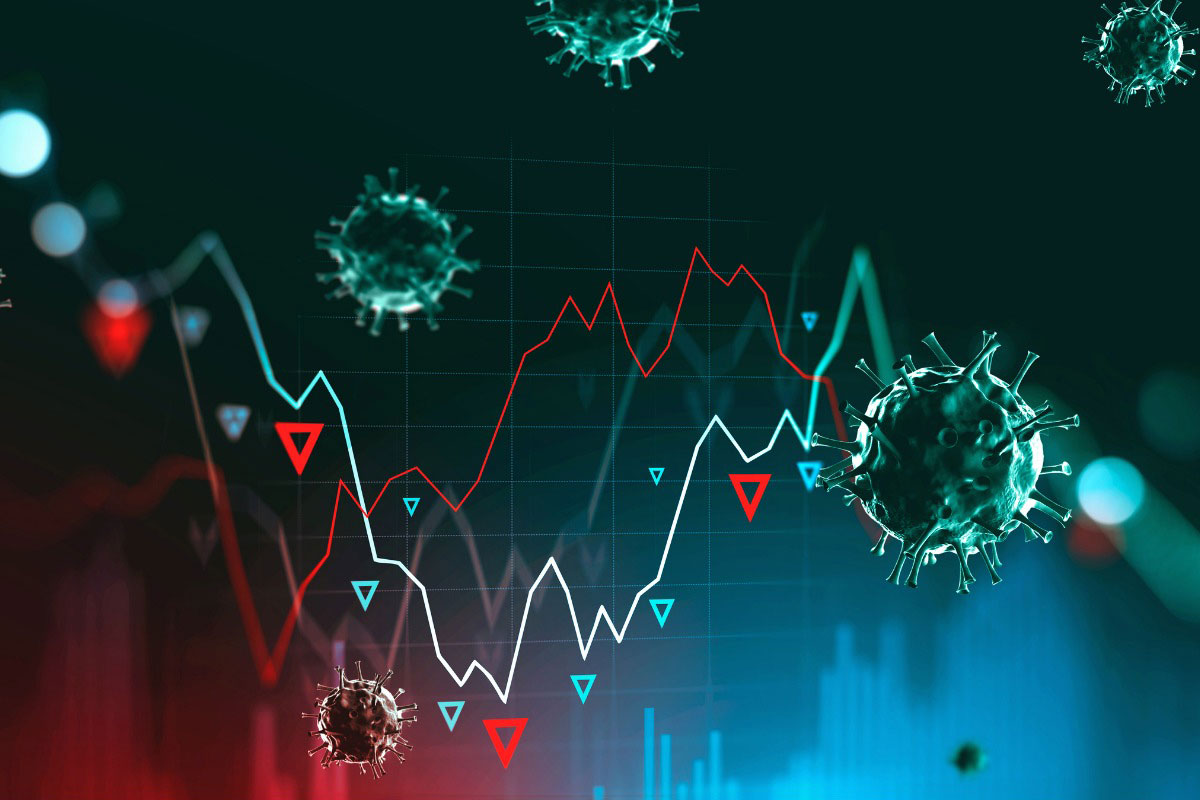 On Friday, the World Health Organization (WHO) dubbed coronavirus variant B.1.1.529 a “variant of concern,” sending markets swinging over the Thanksgiving weekend. The variant, better known as Omicron, was first discovered in South Africa, but has made its way into at least 15 other countries, including three cases in Canada and nine in the UK. While many countries have implemented travel bans to prevent the spread of Omicron, studies have shown that they aren’t effective at keeping viruses out in the long run.

For investors, this news is concerning. In the short term, the stock market is seeing increased volatility. On Friday, the S&P, Dow, and the Nasdaq fell 2.3%, 2.5%, and 2.2%, respectively. The indexes seem to have partially rebounded, with the S&P climbing 1.3%, Dow climbing 0.7%, and the Nasdaq climbing 1.9% by the close of Monday, but the situation remains precarious.

In the long run, however, things seem difficult to predict for institutional investors. Nick Moakes, CIO of Wellcome Trust, a London-based charitable foundation focused on health care research, says that other than maintaining higher than usual cash balances, there’s not much else he plans on changing at the moment. It’s not that Moakes wouldn’t want to shield his investments if he knew for a fact that Omicron would cause a significant economic collapse. He already made those moves back in January 2020 when scientists first warned about COVID-19’s potential to lead to a pandemic.

The issue, according to Moakes, is that it’s still much too early to tell how severe the Omicron variant will be. There are multiple different paths it could take, ranging all the way from significantly more dangerous than the original strain of the virus to significantly less dangerous.

Still, as far as shielding investments goes, Moakes said he is convinced that the virus is no longer the biggest threat. “In the portfolio, we are now much more focused on the risks from inflation and from economic policies put in place to combat lockdowns than we are on COVID itself,” he wrote via email.

Moakes said he also believes the pandemic has left a strong legacy on market volatility. “Markets are now highly sensitive to news on the science and are arguably overreacting to the individual twists and turns,” he said. And he also thinks this oversensitivity is here to stay. “This is now endemic in society and we will have to get used to dealing with it—including places that have pursued a zero COVID strategy.”

But while we have all learned the danger of underestimating this virus over the past two years, there’s still potential, if you dare to think it, for a more optimistic outcome. South African doctor Angelique Coetzee, who was among the first to suspect the possibility of a different variant, told Reuters that her patients seemed to have “very mild” symptoms when compared with the dominant Delta variant symptoms.

Experts often caution against drawing conclusions from these early and anecdotal reports, since small sample sizes and all sorts of externalities could make these observations irrelevant. The data on Omicron is still extremely new. The variant was identified from samples taken from a laboratory from Nov. 14 to Nov. 16. Nevertheless, Coetzee’s observations should remind investors of the importance of at least accounting for the possibility that Omicron could be mild, before hedging all bets on another economic collapse.

There’s also the possibility that even if the variant is more deadly than the current iterations, vaccines will continue to remain effective, as they were with Delta. However, scientists say they likely won’t know this information for at least several weeks.

For now, Moakes expects transmission rates to go up, since this is one of the ways variants become dominant.

“We should assume it will mean vaccines are less effective in preventing transmission (as was the case for Delta),” he said. “However, there is as yet no evidence that vaccines will be less effective at preventing severe disease, hospitalization, and death, which is the most important thing.”