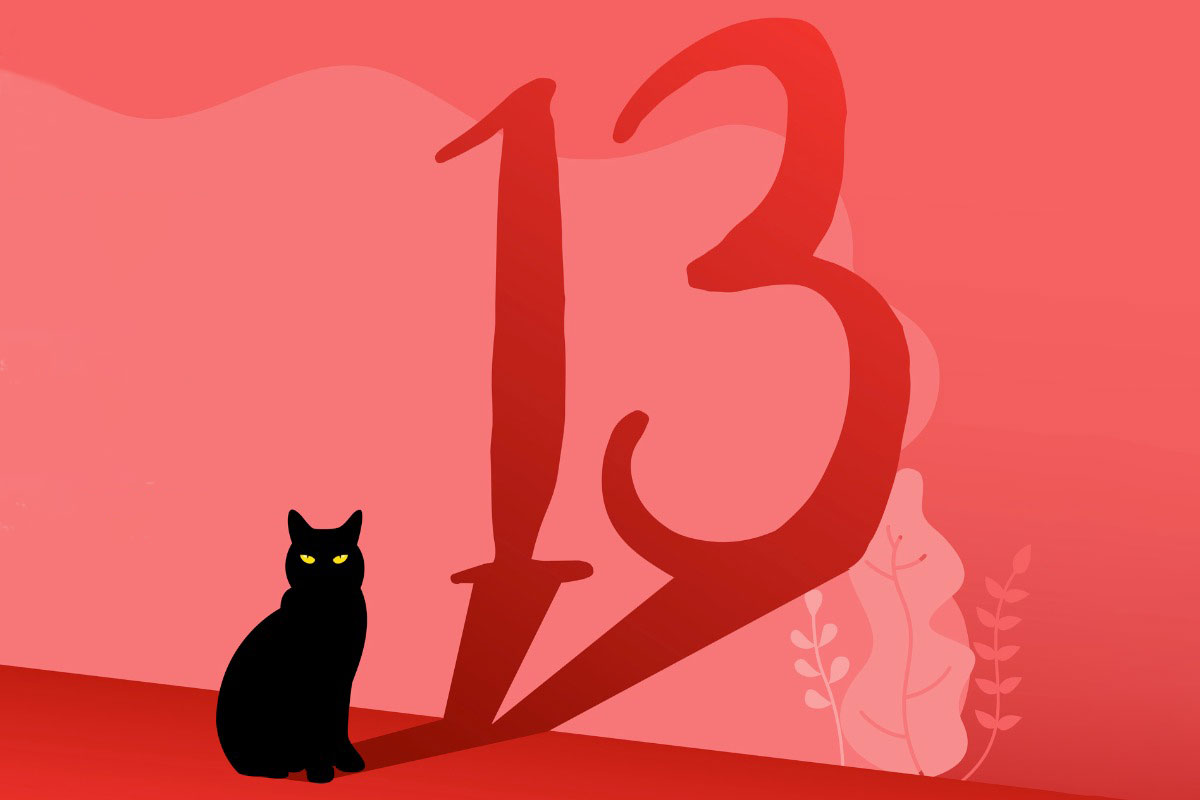 Whadaya know? It seems Friday the 13th—that’s today, in case you’re checking your calendar—isn’t so bad for the stock market. Going back to 1928, the dozen times that Friday the 13th occurred in August, the broad market had an average return of 0.51%.

“Fortunately, the unlucky nature of Friday the 13th hasn’t tripped up US stocks in the past. In fact, the past two saw huge gains,” said Ryan Detrick, LPL Financial’s chief market strategist and resident market historian. According to his research paper, today is the first Friday the 13th since November 2020, when the market scored a tidy 1.4%. And the Friday the 13th before that, in March 2020, posted a record for that much-feared day, 9.3%.

Friday the 13th occurs at least once a year, and can happen up to three times in any given year, says data site timeanddate.com. The number 13 is considered unlucky, National Geographic states, stemming from a Norse myth involving a dinner of 12 gods that the trickster god Loki wasn’t invited to. He showed up anyway and slew one of the guests—and the earth turned dark. So why Friday? Another theory is that its bad rep relates to the Last Supper, when 13 people were present; Jesus was crucified the next day, Friday.

For whatever reason that the day is deemed unlucky in folklore, the reverse is true in the stock market. Or at least that has been the case, LPL’s research shows, since the 1920s, when the predecessor of the S&P 500 index was created.

The index does quite well when a Friday the 13th takes place during August, a historically weak month. Only March (with an average return of 0.56%) and June (0.55%) did better. Indeed, an August Friday the 13th is positive 75% of the time, exceeded only by June, at 84.6%.

One advantage Friday the 13th has is that Friday, regardless of the date, has been the best-performing day in the S&P 500’s existence, in terms of logging positive returns, 54.6% of the time. Mondays are the worst, in general, with positive performances just 48.5% of the time. Perhaps investors are jumpy or just in a foul mood on the work week’s first day.

In case you were wondering, Detrick notes, a fear of the actual day of Friday the 13th is called paraskevidekatriaphobia or friggatriskaidekaphobia. Take your pick.

Whatever happens today, the trend has been positive this week, with S&P 500 increases Tuesday through Thursday. Yesterday closed up 0.3%.

In Detrick’s view, “Black cats and broken mirrors might be scary on this day, but stocks shouldn’t be.”