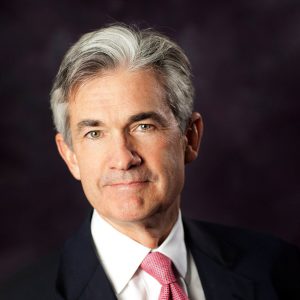 Washington consensus holds that Jerome Powell will get a second four-year term as Federal Reserve chair this coming winter. But JPMorgan’s chief US economist begs to differ.

There’s a “significant chance” that Powell, a Republican whose term ends in February, won’t be renominated, wrote Michael Feroli in a research note. And that’s even though Powell’s actions to blunt the pandemic’s economic toll are widely praised in President Joe Biden’s White House.

Feroli reasoned that progressive Democrats would prefer a Democrat in the role. Two Dem senators, Elizabeth Warren of Massachusetts and Sherrod Brown of Ohio, who heads the chamber’s Banking Committee (which would oversee Powell’s confirmation for another term), have criticized the Fed chief for what they call his laxity in regulating banks.

Certainly, in concert with the executive branch, Powell’s policies to flood the economy with cash via easy credit have won him many admirers in the nation’s capital, on both sides of the aisle. That doesn’t convince Feroli that Powell has a lock on another term.

“Even though the framework review that he led moved monetary policy in a direction favored by progressives, the Fed has responsibility for more than just monetary policy,” Feroli wrote. “Given the central bank’s significant regulatory and supervisory powers, left-leaning voices in the administration likely will not want a Republican like Powell to remain chair.”

As a result, he went on, “We see a significant chance that Powell is not nominated to serve another four-year term as chair after his current term expires.”

Multiple terms are the rule for the Fed chair in modern times. Of the nine Fed chairs named since World War II, only one has served a single four-year term, Powell’s predecessor, Janet Yellen, now the Treasury secretary. When Donald Trump became president, he declined to grant Democrat Yellen a second stint and instead turned to Powell, a fellow Republican. Two post-war chairs served less than a full term: G. William Miller’s tenure lasted less than two years, before he moved over to head the Treasury Department in 1979. Thomas McCabe, who was chair during the Truman presidency, resigned after three years. The longest post-war tour was that of William McChesney Martin, who had five terms, ending in 1970.

Instead of Powell, the left’s probably choice would be Fed Governor Lael Brainard, according to Feroli and numerous Washington observers. She is a Democrat who held high positions in the administrations of Bill Clinton and Barack Obama. Brainard is an economist—unlike Powell, who has a Wall Street background—with stances on climate change and poverty that have appeal to liberal types. “She has favored a more activist use of the Fed’s regulatory powers,” Feroli said. Plus, Brainard has a dovish tilt, he maintained, which would please Democrats disinclined to see rates rise.

Right now, the signs are that Powell will get that second term. Secretary Yellen has said he has done a good job; they worked well together when she was Fed chair and he was a Fed governor.

And Feroli conceded that the incumbent chair has a broad cheering section. “Fed chair Powell’s response to the COVID-19 financial crisis and recession was aggressive, creative, and determined; his leadership during that period has justly received applause from economists and legislators across the political spectrum,” Feroli wrote.