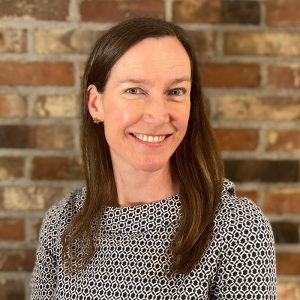 Smith College has named Lisa Howie as the first chief investment officer of its $2 billion endowment. Howie, who is currently a director at the Yale Investments Office, which manages Yale University’s $31.2 billion endowment, will start her new role at the women’s college on June 28.

Kathleen McCartney, president of Smith College, said Howie’s appointment is a major part of the college’s goal of moving its endowment’s management in-house. Smith announced in December that it would start looking for its inaugural CIO. At the time, McCartney and Smith College Board of Trustees Chair Alison Overseth said the school had “become an outlier among higher education institutions that outsource their endowment management.”

“I am thrilled to be appointed as Smith’s first chief investment officer,” Howie said in a statement. “This is a fantastic opportunity to build a team and a portfolio in service of Smith’s mission of educating and empowering women.”

Howie, who joined Yale Investments Office in 2008, has been responsible for managing Yale’s foreign public and private equity portfolios. She was also a significant part of the endowment’s recruiting and staffing efforts and diversity and inclusion initiatives. She received a bachelor of science degree in molecular biophysics and biochemistry from Yale and an Master of Business Administration from the Yale School of Management.

Howie is also on the investment committees of the New York Public Library, the Ohio State University, and Integrated Refugee & Immigrant Services, and is on MakeHaven Inc.’s board of directors.

In her new role, Howie will report to McCartney and to the board of trustees’ investment committee. She will be responsible for building from scratch an investment team as well as an investment office.

“Her performance has been exceptional at Yale, where she has developed a great network, both globally and in the US,” McCartney said in a statement. “Importantly, she knows how to recruit and develop talented teammates, which will be one of her first tasks as she builds Smith’s investment office team.”

Howie will be taking over from Charlottesville, Virginia-based Investure, which has managed the Smith College endowment for the past 17 years. The firm also serves as the investment office for Middlebury College, Dickinson College, and the University of Tulsa, among other foundations and endowments.

“We have valued Investure’s partnership and look forward to working with them on the transition as we bring the management of the college’s endowment in-house under Lisa Howie’s leadership,” said Deborah Farrington, chair of Smith’s Investment Committee.

Yale CIO David Swensen said in a statement that “from working closely with Lisa for more than a decade, I know she will bring intelligence, dedication, compassion, hard work, and investment prowess to her efforts every day.”

Howie will work out of offices in Boston and Northampton, Massachusetts.

Why Smith College Is Moving Its Endowment In-House