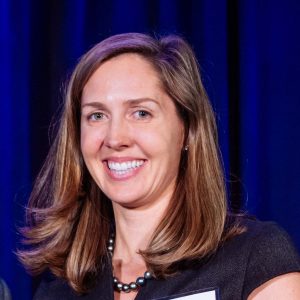 NewYork-Presbyterian Hospital is hiring Anne Dinneen to be its new CIO and senior vice president. Dinneen will be in charge of managing the hospital’s $13 billion investment portfolio.

Dinneen is coming from Hamilton College, where she served as the endowment’s CIO for seven years. She was one of the youngest CIOs in the endowment arena, managing $1.5 billion and consistently maintaining a top-quartile performance.

While at Hamilton, she made some significant changes to the portfolio’s structure. She made public equities 45% of the portfolio compared to their previous allocation of 70%. She repositioned Hamilton’s portfolio to include more alternatives.  She built out an in-house private equity team that focused on both lower and mid-market private equity and venture capital.

In 2018, Dinneen won CIO magazine’s award for best endowment CIO. That year, the endowment returned 10.4%, which was significantly higher than the top-quartile college and university endowment performance for that year of 9.4%, according to Cambridge Associates data.

Dinneen will take over on May 2.

“I’m thrilled to be joining NewYork-Presbyterian,” said Dinneen in a statement. “It’s an honor to support an institution so committed to the health and well-being of the communities it serves. I look forward to overseeing the endowment and stewarding resources that will further enhance the high-quality care NewYork-Presbyterian provides to its patients,” said Dinneen.

Prior to her time at Hamilton College, Dinneen worked for the James Irvine Foundation as its director of investments. She has an undergraduate degree in economics from Princeton and an MBA from Wharton.

A $350,000 Increase in CIO Pay Could Lead to 60 Basis Points of Outperformance, Says New Study