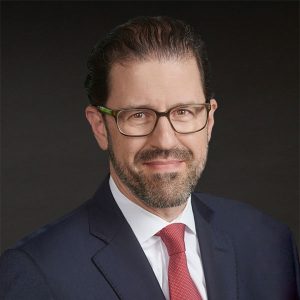 Northern Trust Asset Management has named Angelo Manioudakis as its new CIO to oversee the firm’s more than $1.2 trillion in assets under management (AUM). Manioudakis, who will start his new job on September 27, replaces Bob Browne, who retired in June after more than 12 years as CIO to become a private investor.

Manioudakis was most recently a managing partner with Lantern Harbor Investment Partners, a Boston-based global alternative investment firm that he co-founded in December 2019. Before co-founding Lantern Harbor, he was CIO of Fidelity’s Global Asset Allocation division for a little over five years. While at Fidelity, Manioudakis oversaw approximately $500 billion in assets and earned significant growth in the firm’s outsourced chief investment officer (OCIO) business, according to Northern Trust.

Prior to Fidelity, Manioudakis was head of public fixed income and derivatives at Sun Life Financial for a little over three years and before that was CIO – institutional fixed income at Oppenheimerfunds for nearly seven. He was also a portfolio manager at Morgan Stanley after starting out his career as a financial analyst at GE Capital.

Manioudakis, who will report to Northern Trust Asset Management President Shundrawn Thomas, earned a bachelor’s degree in finance from Bentley College and a Master of Business Administration from Harvard Business School. He is also chair of the American College of Greece’s endowment and oversees its investment committee.

“Angelo has a proven track record of leadership in the investment management industry spanning three decades,” Thomas said in a statement. “His experience is ideally aligned with our investment philosophy centered on compensating investors for the risk they take in all market environments.” He added that Manioudakis “is uniquely qualified to empower our investment professionals to advance our aims of delivering distinguished thought leadership and innovative investment solutions to our clients.”

Yale Chooses CIO From Within

« Gensler Stands Up for the Robinhood Gang