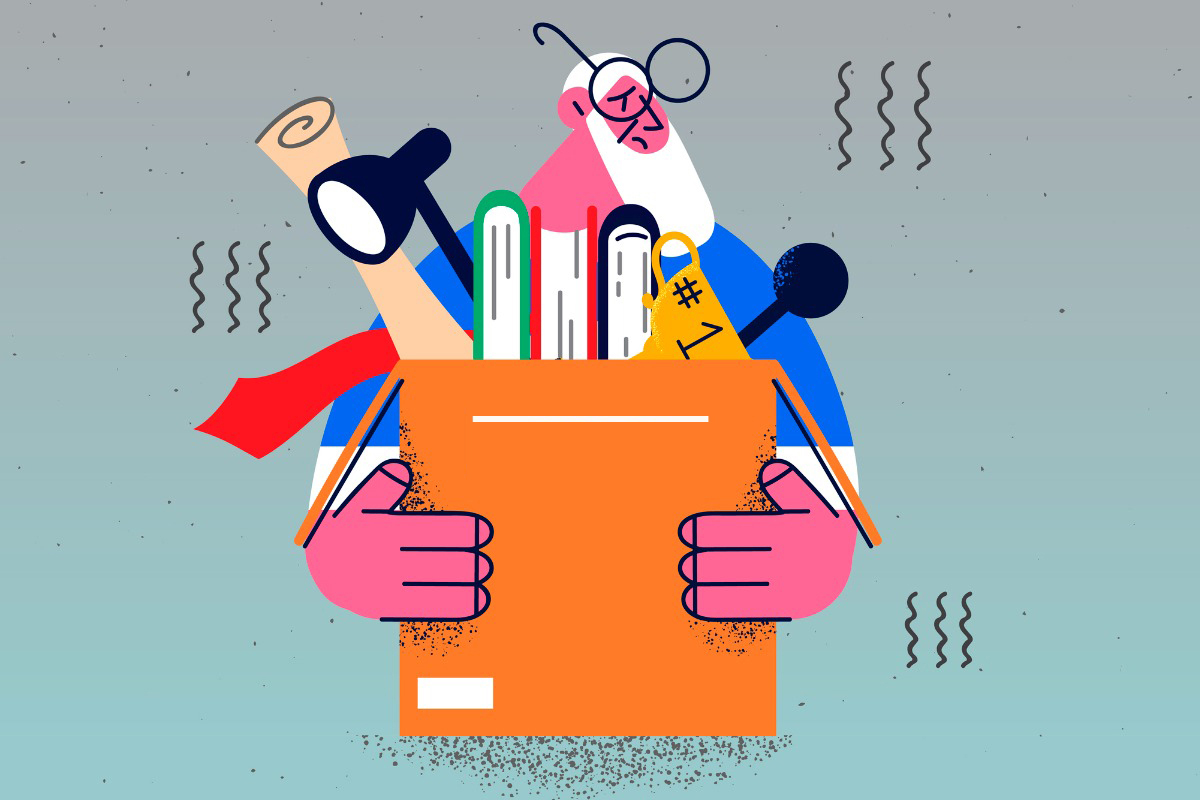 The labor market is tight, with employers scrambling to sign up people for their bounteous openings. At the same time, there’s the pandemic-era phenomenon called the Great Resignation, where folks quit their jobs at record rates.

Turns out that, for one group of workers, no such large voluntary exodus occurred. Among employees ages 55 to 74, getting the boot was a huge factor in their joining the retirement rolls. So says a study from economics professor and retirement expert Teresa Ghilarducci at the New School’s Schwartz Center for Economic Policy Analysis.

Since March 2020, the onset of the pandemic, the retired population ages 55 to 74 expanded beyond its normal trend by an additional 1.1 million. While that seemed to play into the Great Resignation narrative, the study says, “most of these retirements occurred after periods of unemployment rather than directly from employment.”

In other words, it appears that they got canned first, spent a while unemployed, and failed to gain new jobs. Then they retired.

Older workers got slammed hard in the early days of COVID-19. In March 2020, some 35 million of these older employees were working. The next month, 3.8 million (11%) of that group lost their jobs. Only 2% of those workers actually retired then, according to the study.

Out of these 3.8 million older workers, 400,000 retired involuntarily one year later, the report finds. Compare that to a normal year: Usually, 180,000 older workers lose jobs in a given month and 30,000 of them end up retired one year later.

So will these axed older workers try to re-join the workforce, now that many jobs are going begging? It is “too soon to tell,” the study says, but indications are that they won’t be returning en masse. True, raises have been robust for young and mid-career workers with less experience—from 8.3% and 3.9% in February 2020 to 11.4% and 4.4% in February 2022, respectively. But wage growth for the older bunch has not exceeded the pre-pandemic peak for them of 2.9%.

“Low levels of wage growth suggest that the decision to remain retired may not reflect the preferences of many retirees, but rather the lack of demand for their skills and experience,” the study says. Thus, even if they want to return, despite the meager wage increase, many employers won’t want them, Ghilarducci’s report concludes.

Among the younger segment of this older cohort, those 55 to 59, the picture is more mixed. A study from the Employee Benefit Research Institute states they have lagged in their return to employment, although with variations depending on race and gender. The number of employed Black and Hispanic Americans in that age group was slightly higher at the end of 2021 than in 2019, except for Black males, EBRI reports. The age group’s number of white Americans employed dipped, but that was mostly confined to females.

Do Sweeter Benefits Deter the Unemployed from Job Seeking?