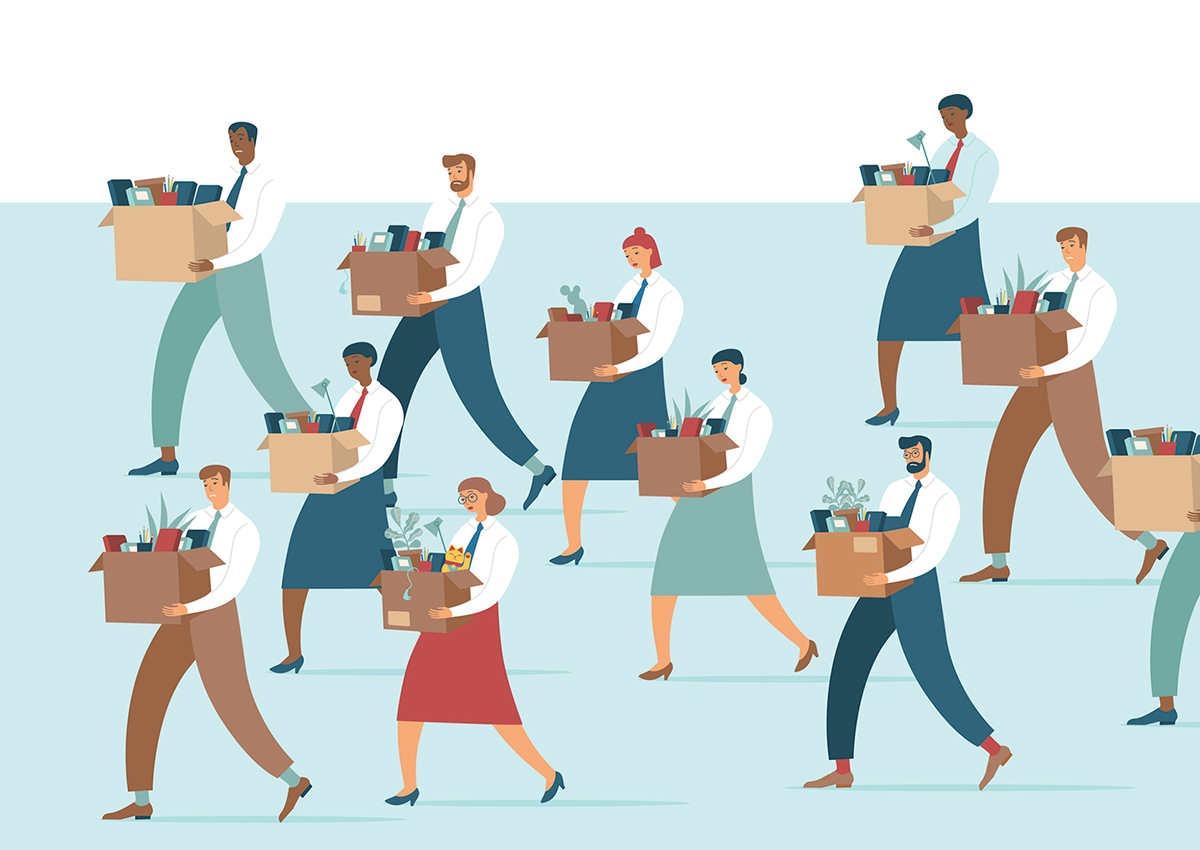 On the surface, there’s some relatively good news for the nation’s unemployment problem. When the US Bureau of Labor Statistics delivers the August jobs report Friday, analysts’ consensus is that it will show 9.8% of the labor force is out of work. That’s down from 10.2% the month before (and down from the peak 14.7% in April).

Trouble is, getting back to anywhere near normal (the January unemployment rate was just 3.6%) from here won’t be easy. One big reason: The pool of “temporarily laid-off workers” may find that the job loss won’t prove to be so temporary for a lot of them, Goldman Sachs cautions.

In previous recessions, the ranks of the temporarily furloughed often have been where the first workers re-hired come from. During the present downturn, that has been the case since April, pointed out Joseph Briggs, a Goldman economist. Some 9.2 million workers are classified as temporarily jobless, 56% of the total number of unemployed, which was 16.3 million in July. (More than 30 million people are getting some form of unemployment insurance, including those who have exhausted their regular benefits but are eligible for an additional 13 weeks of emergency assistance.)

Thanks to these temp jobless folks, Briggs wrote in a research note, “the labor market seems poised for additional large job gains later this year.” Goldman forecasts that the unemployment rate will drop to 9% by the end of 2020, and to 6.5% by year-end 2021.

But, along the way, he warned, almost a quarter of these cast as temporarily jobless will become permanent. That implies 2 million people in this group will be out of luck, Briggs said.  He wrote that “the rehiring prospects for temporarily laid-off workers started to deteriorate in July.”

The telltale sign for him is that, among the so-called temporarily jobless, the share of those without work for five weeks has ballooned to 90%, or 20 percentage points higher than the bad early 1980s recession and the Great Recession of 2008-09. This year, the shift from temporary to permanent layoffs nearly doubled to 7% from 3.7% from June to July. Briggs asserted that unemployment “durations for temporarily laid-off workers have been extended to unprecedented lengths.”

The Goldman economist added that his firm expects the permanently jobless population will rise further in the coming months with the withering of the Paycheck Protection Program and other Washington support—programs that encouraged hiring in the earlier stages of the recovery. What’s more, pessimism is increasing among the temporarily laid off that they will return to the same job, according to an AP-NORC Poll, with 47% saying they won’t be allowed to go back.

Do Sweeter Benefits Deter the Unemployed from Job Seeking?