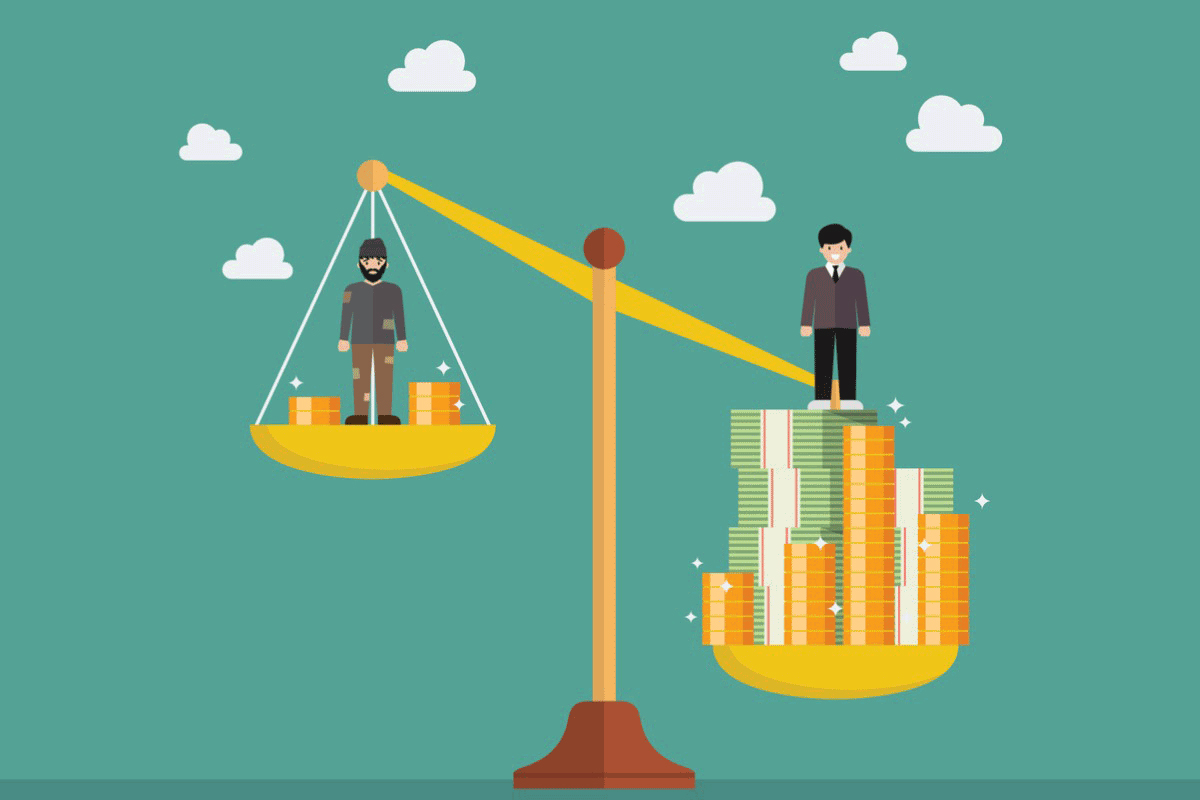 An already wide gap in wealth disparity among Americans was only magnified and exacerbated by the COVID-19 pandemic, according to a panel discussion at CIO’s virtual conference “Inside the Minds of CIOs.”

The panel, which was moderated by Chief Investment Officer managing editor Christine Giordano, included Carlos Rangel, CIO of W.K. Kellogg Foundation; Mansco Perry, executive director and CIO of the Minnesota State Board of Investment (SBI); and Tim Recker, CIO and treasurer of The James Irvine Foundation.

The situation was even more dire for those with less than a high school diploma, whose unemployment rate during that four-month span nearly quadrupled to 21.2% from 5.5%.

“When you have a shock like COVID hit, it dramatically impacts your ability to respond to a lack of employment,” Rangel said. “So we don’t have a lot of buffers available for part of our society, particularly communities of color, when there are crises.”

Rangel said he’s also concerned that a rise in automation could magnify the wealth disparity, particularly if there is a sudden increase in automation that displaces workers in the US. “One of the concerns that we have is when you look at public expenditure for retraining unemployed workers,” he said.

Rangel cited data that showed that the US spends only 0.1% of its gross domestic product (GDP) on assistance and retraining for unemployed workers, which was 31st out of a group of 32 developed economies, ahead of only Mexico. This is compared with Finland, France, and Sweden, which spend more than 1% of their GDP on retraining, while Denmark allots more than 2% of its GDP toward retraining.

“What happens if all of a sudden we have an increase in automation that displaces workers in the United States?” Rangel asked.

Another sign of the wealth gap in the US can be seen in the distribution of stock ownership. According to Perry, the top 1% of the wealthiest Americans own 53% of stocks, and the next 9% own about 40% of stocks.

Meanwhile the bottom 90% own just 7% of stocks. That means that the top 10% of the wealthiest Americans own 93% of all stocks. Perry also noted that the wealth gap led to a divergence of the economy and the stock markets when the pandemic hit.

“I think we all began to notice this after the pandemic started when both the economy and the stock market were cratering last February and March, but then all of a sudden in April we began to see a significant rebound in the stock market,” while unemployment rates surpassed that of the Great Depression, Perry said. “There truly is a big disconnect between the market and the economy.”

Perry explained that the main reason for this disconnect is that the economy is made up of “pretty much the entire populace whereas the market is made up of very few people within society.”

“Small businesses like restaurants are not represented broadly in the financial markets from a market cap point of view,” said Recker, who added that as a result you can end up having stock markets doing exceptionally well while the overall economy struggles.

Recker also said the wealth concentration gap can create both an investment risk and an untapped opportunity for portfolio managers. He pointed out that the most wealth is being generated in technology and innovation.

“We’re in a highly disruptive environment with extreme innovation, so it’s not illogical to expect significant wealth creation for the founders of disruptive companies,” Recker said. “So for an asset owner, if you could identify those companies early that are disruptive it’s obviously an investment opportunity.”

However, Recker added that it does create some risk for portfolios in the short term. For example, if less mature growth companies go public with attractive valuations, there’s a risk for the owners that those values could change materially if the markets decide they want to value more fundamentally based on earnings, rather than growth.

Support Grows for US Creating a Sovereign Wealth Fund