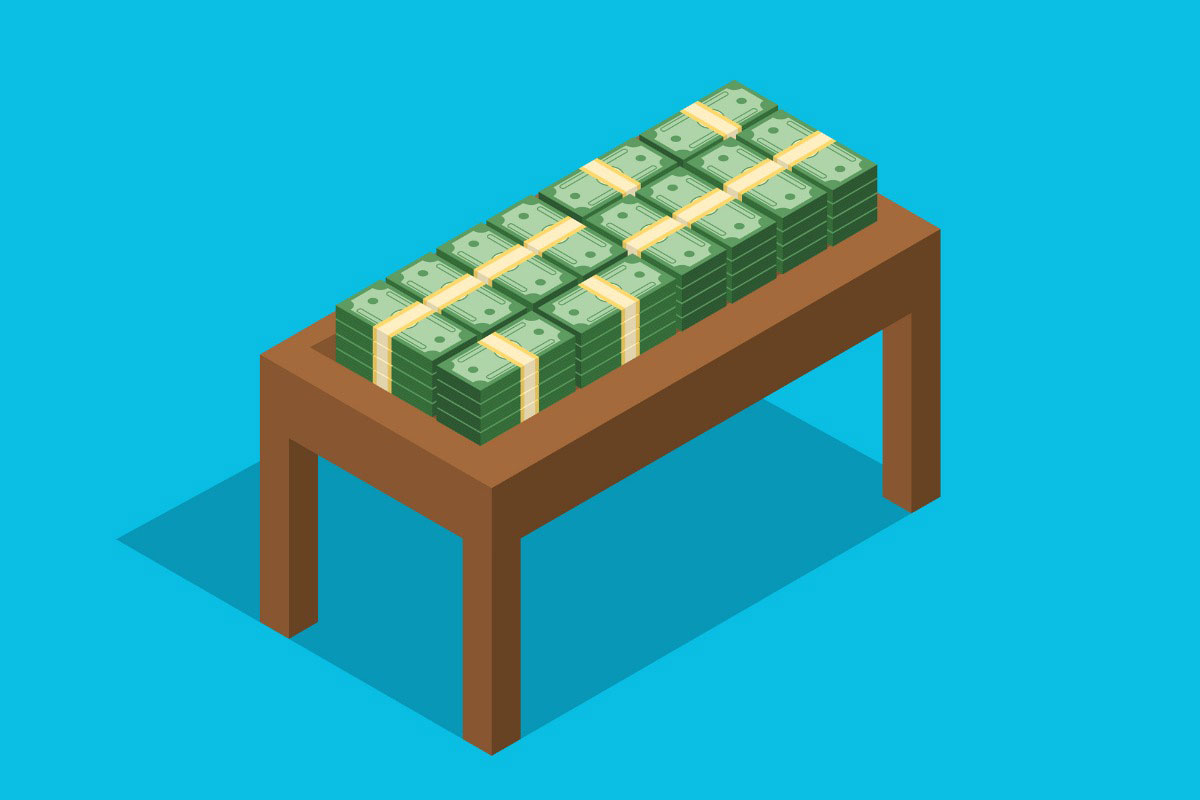 Even as the funded status of top US corporate defined benefit (DB) plan programs reached 97.1% in August, according to Milliman, continued low interest rates and rising Pension Benefit Guaranty Corporation (PBGC) premiums mean many CIOs are looking to pension risk transfers (PRTs) to avoid future costs. But while an annuity buyout is often touted as a safer and less costly way to manage a company’s risk, CIOs should be aware of the sizable opportunity cost.

With the American Rescue Plan Act (ARPA), the new legislation offers stronger interest rate support, amortization relief, and the ability to revisit prior valuations as far back as 2019 and revise them to reflect the new law, which will further lower a plan’s cash contribution requirements.

Given the greater flexibility and lower costs provided under ARPA’s provisions, CIOs should seize this moment to re-evaluate whether pension plan hibernation may provide a risk mitigation strategy with more upside.

When it comes to weighing the cost of pension risk transfer against risk mitigation, there’s often a perception that the cost of transferring would be less than maintaining an ongoing pension plan.

However, when companies transfer pension liabilities to a third-party insurance company, the insurer will often use more conservative estimates—such as lower interest rates or higher mortality assumptions—because that firm is taking on the risk. Insurers will also build a profit margin into their pricing for an annuity purchase. Then there’s the current economic environment to consider: As long as interest rates remain low, the cost of plan termination will remain high, often prohibitively so for many organizations.

With the pension risk mitigation strategy known as plan hibernation, CIOs can let a frozen or closed pension plan help fund itself on the path to termination.

And now, with the passage of ARPA, companies have more relief and time to let the assets of plans grow, with lower required contributions, until the plan is fully funded. For many pension plans, assets are sufficient enough to grow faster than liabilities, including administrative expenses such as PBGC premiums. Markets can be volatile, but history has shown that over any significant stretch of time, assets have continued to increase.

Ultimately, instead of paying a large one-time cost to purchase annuities, which can be burdensome for some organizations, there can be little to no cost to terminate a pension plan after a successful hibernation strategy has been implemented. With a PRT through an annuity buyout, on the other hand, CIOs and their organizations are forgoing potential asset returns, which adds up to a significant opportunity cost that can outweigh the risk reduction of the transfer.

The Economic Value of Plan Hibernation

For CIOs considering transferring their risk via an annuity buyout, the chart below, taken from a sample pension plan with assets of more than $1 billion, helps illustrate the need to consider various options—especially under the favorable climate created by ARPA’s funding relief measures. Economic value is defined as the present value of future assets or liabilities, taking into account future contributions, expenses, and benefit payments. Any true picture of the economic value of these options should include the future asset returns that could be gained through a targeted hibernation strategy, represented by the sections marked with blue diagonal lines. 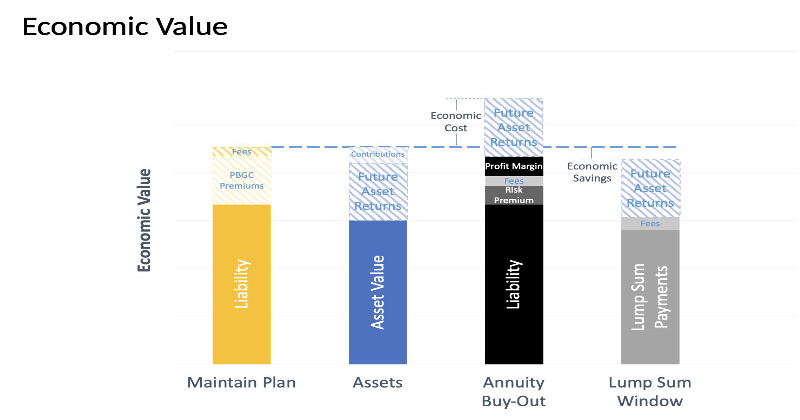 Along with the significant costs involved with the annuity buyout (including risk premium, fees, and the insurer’s built-in profit margin), CIOs and plan sponsors need to consider the opportunity cost of losing the future asset returns that could be gained through hibernation. Capturing these future asset returns is the main benefit of a hibernation strategy. Rather than paying a hefty premium to terminate now, termination occurs at a more opportune time, once the plan’s assets have had time to grow and save the company money.

As the example above shows, if a plan sponsor can hibernate and employ some risk reduction and/or liability-driven investment (LDI) strategies to manage market volatility, then, in many cases, future asset returns will likely put the company in a far better position in a few years to transfer or terminate the pension plan.

As Textron CIO Charles Van Vleet recently put it: “Why give away perfectly good capital?”

To use one concrete example, a large retail company had a deficit in its pension plan and was considering plan termination on the assumption that it would cost less in the long run. Instead, it chose to implement a hibernation strategy. During this hibernation period, investment returns, along with de-risking strategies, improved the funded status of the plan by more than $220 million. Had the company leaders terminated the plan when first considering it, then it would have had to contribute roughly this same amount to the plan. Hibernation allowed them to use funds for acquisitions and other investments, significantly helping it grow the business, all while the pension plan was funding itself. The company is in a far better financial position and can soon terminate its plan with a minimal contribution.

With the passage of ARPA, the targeted hibernation strategy can make more sense financially, as pension plan sponsors now have a longer period of time to pay off their deficits and accumulate asset returns—and can do so in a far less risky manner. Under ARPA, time is on CIOs’ side. The assets in their pension plans can be put to work for them, generating returns that will help fund their deficits and put them in more favorable position to terminate their plans when it makes more financial sense.

Zorast Wadia is a principal and consulting actuary at Milliman and has been working in the benefits field for 20 years. He has expertise in actuarial valuations for qualified and nonqualified plans, as well as pension plan compliance, design, and risk management. Bret Linton, global practice director of employee benefits at Milliman, has worked with a variety of private, multiemployer, and public employers specializing in retirement plan consulting. He also created Milliman’s Daily Pension Tracker tool (MDPT) to help clients value their plans on a daily basis and provide the information needed to implement a dynamic asset allocation strategy and to determine when to reallocate assets and reduce volatility risk.

Report: Fat From Funding, Corporate Pensions May Want to Hibernate

By Zorast Wadia and Bret Linton