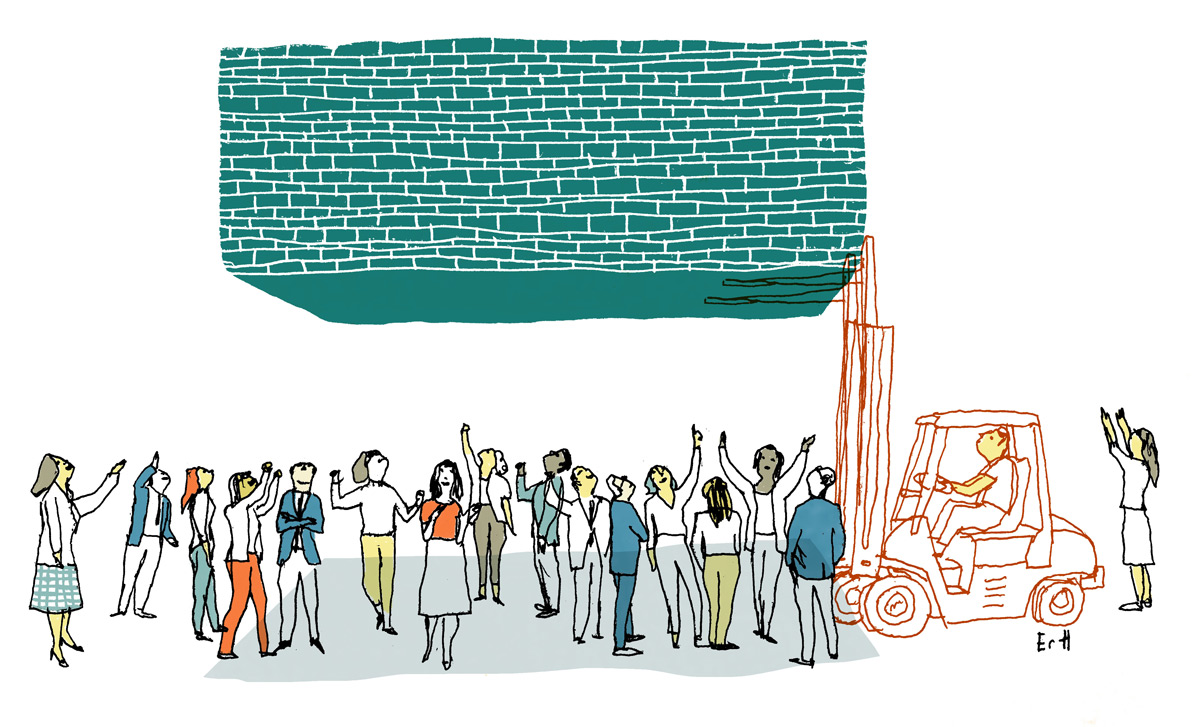 The proposition looks like a no-brainer. Rid yourself of a huge liability on your balance sheet and gain more financial flexibility, allowing you to undertake new business initiatives more easily.

That’s the thinking of many private-sector pension programs in recent years: More and more corporate plan sponsors are offloading most or all of their defined benefit (DB) pension obligations to insurers, which then cover beneficiaries via annuities—and there’s no end in sight to the trend.

“We wanted to remove it from the risk palette,” said Robert Hunkeler, vice president of investments at International Paper, which underwent an aggressive pension transfer campaign in recent years.

Despite this momentum, the pension risk transfer (PRT), as the practice is known, has a long way to go before it could control the US defined benefit universe. Odds are that it will energetically expand its hold on the corporate DB sphere, but it likely won’t ever command most of it.

An impressive-sounding $175 billion in pension assets have been shipped to insurers, to buy group annuities for the beneficiaries, according to the Secure Retirement Institute (SRI). Nevertheless, the aggregate amount of those DB assets now is $3.4 trillion in the US, the Investment Company Institute (ICI) calculated. In other words, a mere 5.1% of all DB assets has been trucked over to insurers to annuitize.

What’s the PRT appetite among the remainder? Good, although not ravenous. Plans with $1.3 trillion in assets are interested in a transfer, a little more than 40%, an SRI survey found. Whether they’ll all follow through remains to be seen. And that leaves a lot of sponsors who won’t want to make the journey.

The PRT concept isn’t embraced by a majority for several reasons. Some plans are too small to interest insurers. A number of big plans believe that offering a DB pension is good for morale and recruiting. Some think they can run their programs better than an insurer. And provided their funded status is high, they like having a solid chunk of assets on their balance sheets, which, in a PRT, they would have to shift to an insurer, so it could pay beneficiaries.

“Why give away perfectly good capital?” asked Charles Van Vleet, CIO at Textron, which is retaining its $8.5 billion plan, now funded at a robust 96%.

Regardless of how things end up in the fullness of time, right now the transfers are advancing at a decent clip. Even though PRTs dwindled in the beginning of 2020, amid the paralyzing fear from the pandemic’s onset, they roared back in the fourth quarter. They finished last year with $25 billion channeled to insurers, by the count of researchers at LIMRA. Expect more and more transfers, a study from Willis Towers Watson concluded, marking a “steady upward trend.”

The PRT movement has accelerated over the past decade. In the aughts, PRTs totaled just $1 billion or $2 billion annually. But the financial crisis shrank DB portfolios and made meeting pension obligations more of a burden. Corporate plans set about de-risking their holdings, adopting liability-driven investing (LDI) principles, mostly minimizing equity exposure. Think of pension risk transfers as the ultimate LDI tactic.

An inflection point came in 2012, with a huge PRT blowout thanks to two monster deals, which captured sponsors’ attentions and propelled the transfer trend. General Motors made a $25.1 billion transaction with Prudential Financial for 110,000 salaried employees. (Union workers have their own plan, which is part of labor negotiations and pretty much off-limits to management.)

That same year, Verizon did a $7.5 billion deal for 41,000 employees, also with Prudential. The 2012 PRT total was $36 billion, a level not exceeded since, although the trendline is moving toward it. The biggest US transfer since the GM-Verizon extravaganza: In 2018, MetLife secured a $6 billion pension deal for 41,000 pensioners and other beneficiaries with FedEx.

The number of PRT deals has mounted without cease, aside from the early-2020 hiatus. In 2012, with those two gigantic transactions, there were 231 PRTs, LIMRA stats show. But 2019 had the most individual transfers, 500, for a $27.9 billion total. Last year, 432 transfers took place, with $25 billion shunted to insurance carriers.

How Pension Risk Transfers Have Mounted 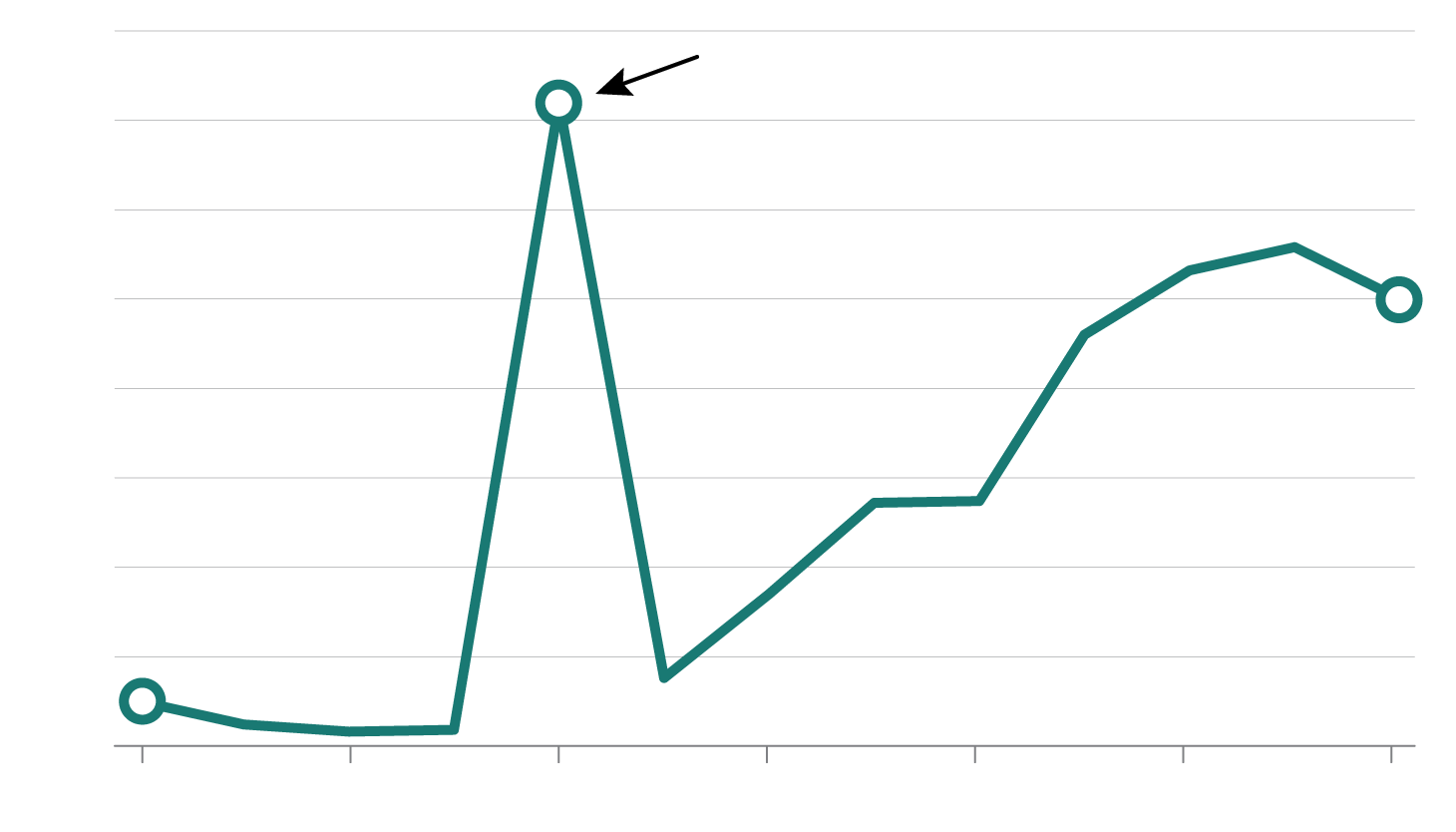 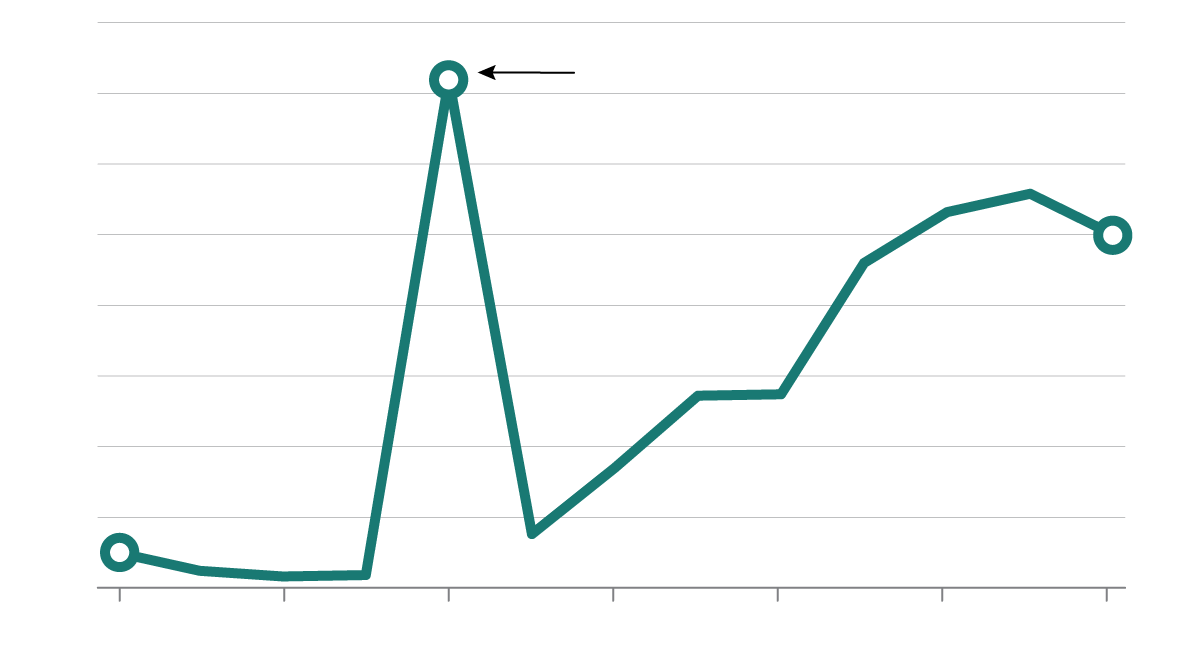 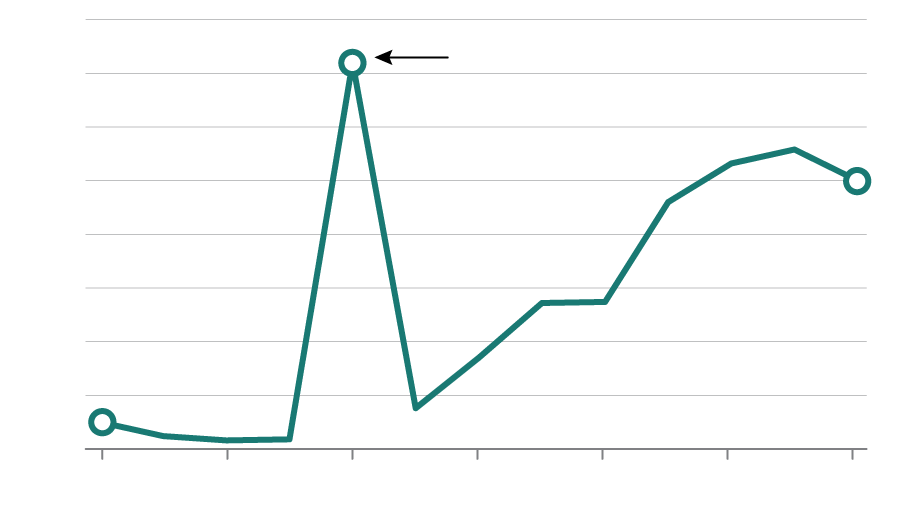 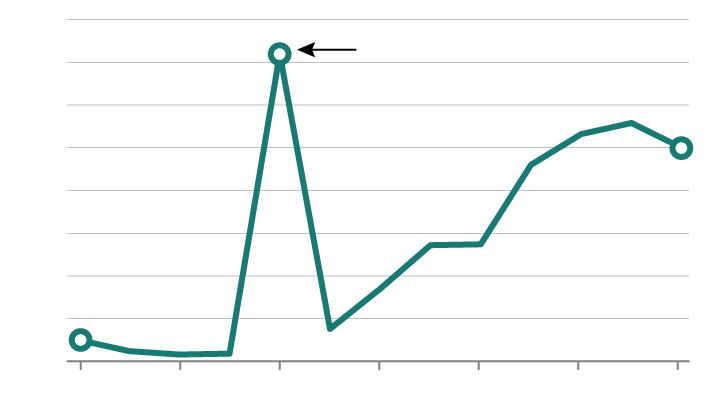 Over the past six years, 10 more insurers have gotten into PRTs, for a total of 18. With added competition, the insurance companies have undertaken increasingly sophisticated methods, such as introducing reinsurance.

Why Some Sponsors Do It

Plan sponsors that undertake a PRT often characterize the offloading as a wise removal of a liability that can be a drain on company resources—especially if another economic downturn blasts the pension programs’ portfolios, in an unwelcome reprise of 2008. That unpleasantness forced many companies to pony up more contributions to their ailing plans to bring them back to health. That’s money that could have gone into capital spending and other initiatives to build the business.

While the strong stock market of recent years has buoyed the funded status of corporate plans (reaching a comfortable 98.3% for the top 100 DB programs as of April, per a Milliman survey), continued low interest rates make the road ahead look rockier. Low rates tend to increase the liabilities that plans must meet.

Plus, the argument goes, shrinking the DB pension load removes a distraction. Lockheed’s PRT will allow the company to “focus on its core mission and mitigate financial risk associated with market volatility,” while ensuring a “seamless transition” for retirees, said Ken Possenriede, the company’s executive vice president and chief financial officer (CFO), in a statement after its January deal.

The argument for giving a company more freedom to maneuver is a big selling point for pension transfers. Prudential, the league leader in PRTs, touts its $1.4 billion agreement with Bristol Myers Squibb in 2014 and a second in 2018 for $3.8 billion with helping the pharma company grow. Bristol went on to make canny acquisitions, such as Celgene in 2019 for $74 billion.

As Pru described it: “We believe that by transforming its pension plan in lockstep with transforming its business model, BMS was able to maintain a holistic focus on its growth potential, balance sheet, and value provided to shareholders.” The drugmaker didn’t respond to a request for comment.

At International Paper, the company followed the usual liability-stemming steps: closing the plan to new hires (2004), offering a lump-sum payout for vested former employees who weren’t yet drawing benefits (2016), contributing $2 billion extra capital from corporate coffers to the fund (2016 and 2017), freezing benefit accrual for existing participants (2019).

So now, the company has cut its number of participants by more than half, to 85,000. One big plus: The funded status as of year-end 2020 had reached 95%, up from 78% in 2015. “We had a potential strategic threat to the company” from the unfunded liability, said International Paper’s Hunkeler. “Today, we have a manageable risk.”

For sponsors, another impetus to transfer occurred in 2012: rapidly increasing premiums that employers must pay to the PBGC, which takes over pension benefits for participants if their employer tanks. That year, Congress hiked the premium to $42 per plan beneficiary, effective in 2013, after three years at $35. The hikes have kept coming at a fast tempo. This year, the rates escalated to $86, from $83 in 2020 and $80 in 2019.

Why Other Sponsors Don’t Do It

For a number of well-funded plans, the thought of shipping DB pensions to an insurer is anathema. Take the Southern Company, the nation’s second largest gas and electric utility, which covers six states, mainly in the South. Its $16 billion plan is funded and then some, at 110% of liabilities.

Dekia Scott, the corporation’s CIO, said the DB plan was key to “remaining competitive for talent, for engineers, for linemen.” Besides, she added, a PRT “is expensive.”

At the well-funded Textron plan, CIO Van Vleet believes getting rid of assets to service a pension obligation is absurd, especially with earnings of 4% to 5% annually. “Some people underestimate the opportunity cost” of saying farewell to a batch of assets, he said.

He derides the notion that the savings from a transfer makes it all worthwhile. “To save $86, I’m supposed to give away good capital?” he said, referring to the per-person PBGC premium. For every $10,000 in capital, “all I need to do is make around 0.8%” in investment returns to take care of the PBGC tab, he observed.

Not everyone wants to pay the freight of a PRT. For underfunded plans, a transfer can be a costly proposition. A plan sponsor has to weigh the costs and risks of doing the deal today, versus what the plan will face in the future as the company struggles to meet promises to participants.

To do a PRT, the sponsor must dig into its pockets and contribute enough to make the plan 100% funded, plus pony up a “margin,” the fee to the insurer on top of the assets it is transferring. This can range as high as 5% of the assets involved, but mostly is in the 2% to 3% range.

In the end, pension risk transfers may make sense for a large bunch of sponsors.

The Ins and Outs of Pension Risk Transfers

« Special Report: How to Ensure a Smooth Pension Risk Transfer