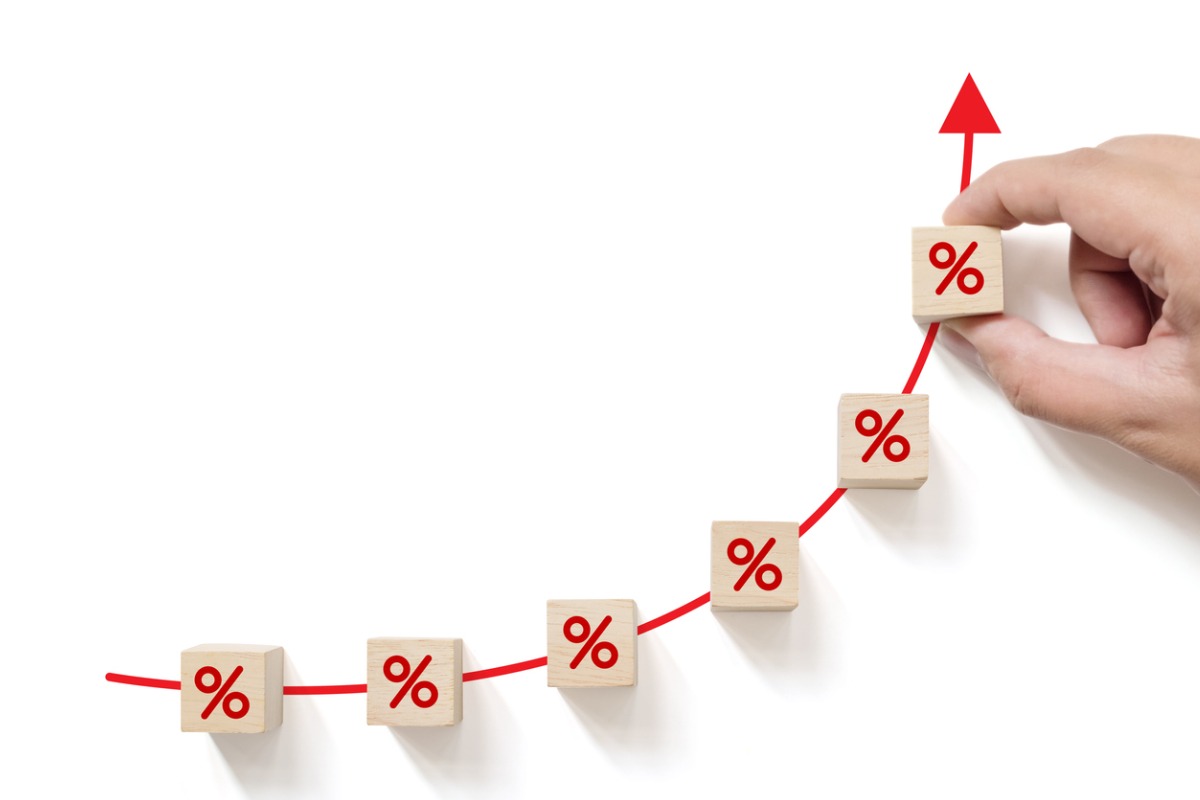 Economist Jeremy Siegel is generally an optimist about the stock market, but not in the face of continued hotter inflation, which now has topped 5% for five straight months. So he predicts the Federal Reserve will soon move to jack up short-term interest rates—with an ill effect on the market.

His remarks, made on CNBC, came after Wednesday’s release of the Consumer Price Index (CPI) for October, up a daunting 6.2% over the previous 12 months, the biggest increase since 1990. That news triggered a sharp market slide, ending with a tiny increase in the S&P 500 Thursday. “This was a troublesome report,” especially for stocks, he said.

“Stocks love inflation until the Fed gets serious about it, and they have not been serious about it,” Siegel said. Right now, the market’s reaction to the latest inflation report is a bump, he added. Once the Fed tightens policy, however, he predicted that investors would pull down share prices. Nothing will happen, he explained, “until the Fed changes direction and says, ‘You know what, we’ve got to be much more serious.’”

Siegal, a professor at the University of Pennsylvania’s Wharton School, pointed out that the Fed’s policymaking body meets Dec. 14 to 15, shortly after the next CPI release, on Dec. 10. “Maybe it’ll be at the December meeting,” Siegel suggested, regarding a rate hike decision. “Maybe it’ll be a little bit later.”

The first step, he said, would be for the Fed to act sooner than expected to lift the fed funds rate, now near zero. Boosting this benchmark for short-term rates is widely anticipated to begin in 2023. The central bank also could speed up the tapering of its bond purchases, a program that impacts longer-term rates. Such a phase-out is supposed to start later this month and last until mid-year 2022.

Siegel has warned for months now that inflation was fiercer than the Fed and its chair, Jerome Powell, have depicted. Even Powell, though, has hinted recently that the Fed might be compelled to combat the rising prices if inflation fails to cool. His line has been that the CPI spiral is temporary, mainly linked to supply chain kinks.

The professor noted that a host of factors are propelling the market upward, such as copious liquidity, seasonal late-year pushes for stock buying, and a scarcity of better investment alternatives. While a little inflation has long buoyed stocks, because it betokens an expanding economy, too much of it eventually wears on investors, he said. Indeed, tech stocks, the vanguard of the current rally, don’t respond well to higher rates, which tend to shrink future expected profits.

For now, he said, the positive factors outweigh inflation, “until Powell comes and says, ‘You know what, it isn’t temporary. It’s more serious than we expected. We’re going to have to speed up taper and we may have to speed up the rise of interest rates.’”

How Stock Investors Can Play the Supply Chain Snarl

« Why Is Johnson & Johnson Splitting Into Two Companies?