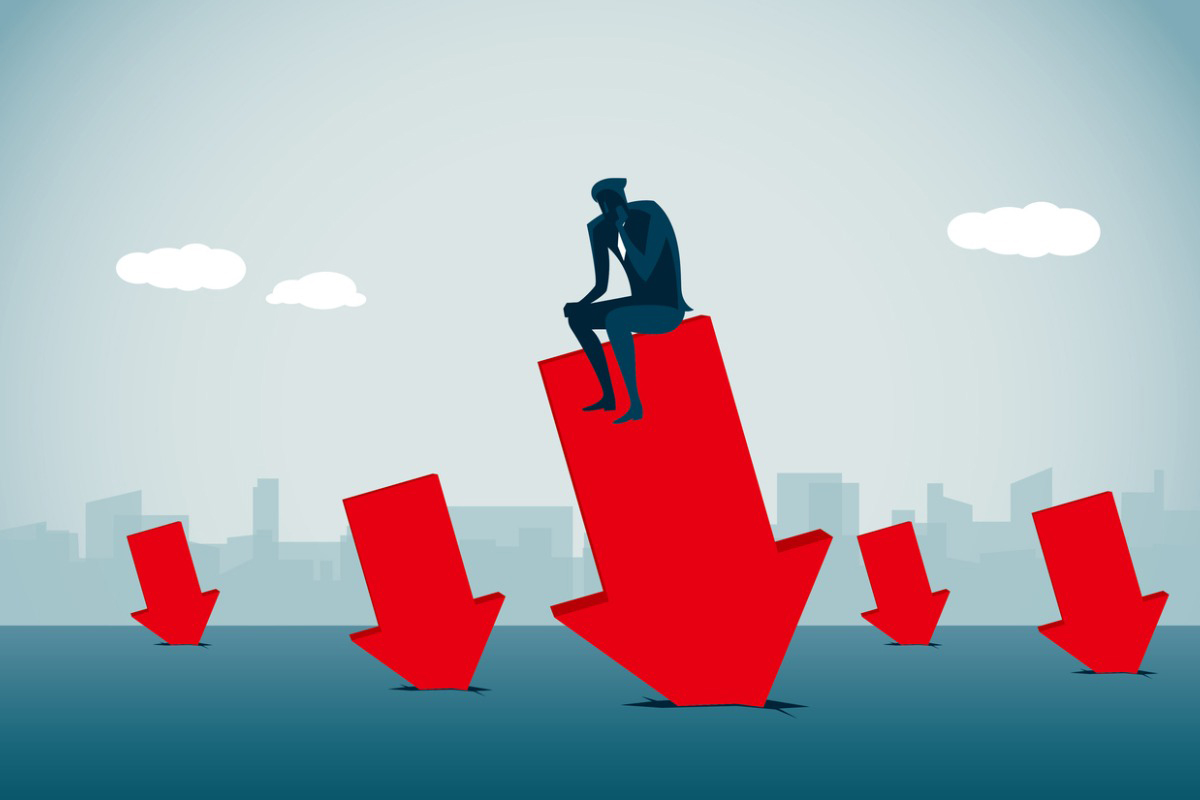 In recent years, another adage has been added to hoary Wall Street favorites such as “buy low, sell high.” To wit, “buy on the dips.” And, indeed, whenever stocks have slipped, investors have scarfed up temporarily cheaper shares, knowing they would come back and then some.

But the dips advice is a bad idea lately, according to investment advisory firm Evercore. Reason: It figures that stocks have a lot more to fall. After a rough January and a nasty Thursday, when Facebook parent Meta Platforms’ stinko results pulled down the market, that position sounds eminently reasonable.

Ross marshalled a number of factors to support this market-drop thesis. For one, commodities are rising, which provides alternatives to stocks, amid a strengthening US dollar (in which most commodities are priced). Another: widening credit spreads, meaning bonds are becoming more attractive. Ross forecasts a 2.6% yield for the benchmark 10-year Treasury by year-end. That’s up from 1.9% now, which marks a dramatic hike from 1.3% in December, the most recent low.

These higher interest rates, linked to surging inflation, have a lot to do with the Federal Reserve’s decision to tighten. Or as Ross put it, to “release the Kraken” of loftier yields after “a 40-year slumber.” (The Kraken reference is to a sea monster, last seen in the 2010 film Clash of the Titans.)

Many on Wall Street have taken to buying on what they believe are the current dips. JPMorgan advises to do so. There are some other naysays out there, though, including Goldman Sachs, which thinks dip-buying is too risky because the firm finds valuations still too high and the overall environment too unsettled.

Despite his pessimistic take, Ross added that some stocks are worth buying now, as they probably are on the way up: oil and gas, utilities, consumer staples, real estate investment trusts (REITs), and “the highest quality” tech.

One area to avoid, he warned was Cathie Wood’s Ark Innovation exchange-traded fund (ETF), composed of disruptive tech companies that often are unprofitable and whose stocks have tumbled a lot. Her flagship ETF plunged 23% last year and has skidded by a similar amount in 2022. In another cultural allusion, Ross characterized the fund as “the sum of all fears” about tech stocks—harking back to the 1991 Tom Clancy book and 2002 movie centered on an imminent nuclear war.

The Case Against a Bear Market, Per Ned Davis