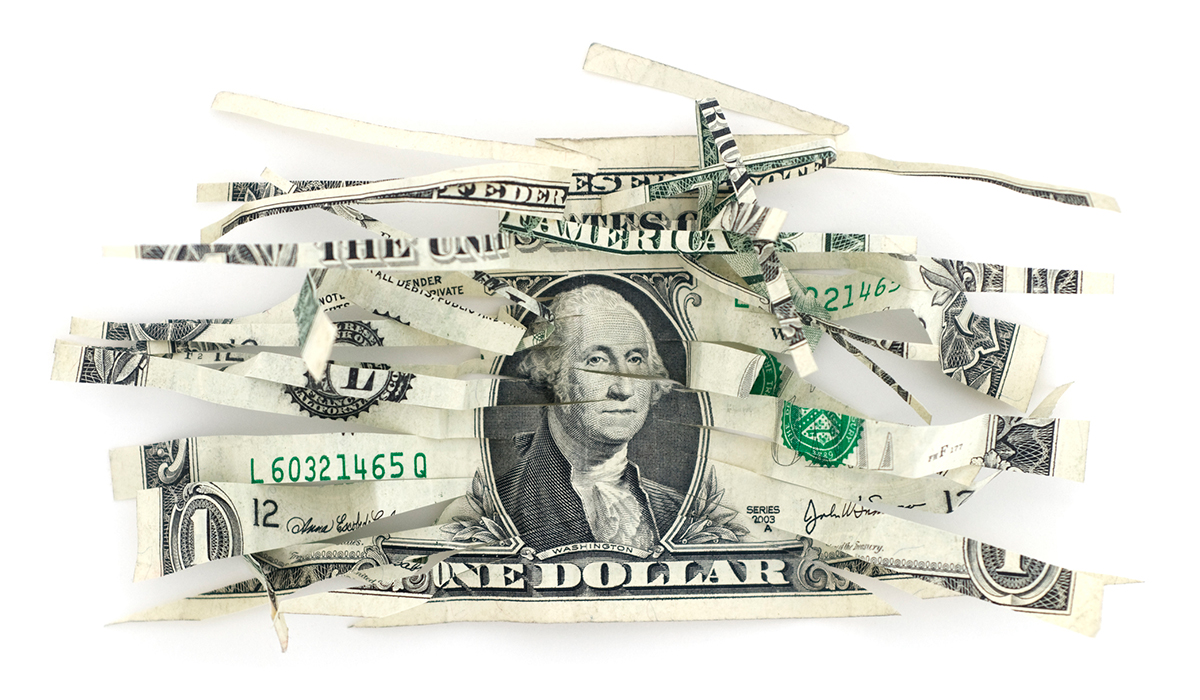 The slumping dollar can expect to drop some more—a lot more, actually—according to Citigroup: some 20% next year, on top of the 4.9% it has fallen thus far this year.

Paradoxically, the chief culprit is the good news on the coronavirus vaccine front, Citi figures. That stirs hope around the world and promotes the prospect that pandemic-slammed economies across the map will recover. So overseas investors have less need to seek refuge in US assets, which always boosts the greenback.

“Vaccine distribution, we believe, will check off all of our bear market signposts, allowing the dollar to follow a similar path to that it experienced from the early to mid-2000s” when the currency last had a major downturn, Calvin Tse and other Citi strategists wrote in a report.

Indeed, earlier this year, when markets fell globally and economic growth cratered, there was a rush into dollar-denominated securities. Since that peak in March, government relief has helped economies recover—and the dollar has fallen 12.6%.

Aiding that, Citi noted, was a plunge of US short-term interest rates to near zero, which means less return on American fixed-income securities. Another factor: the big economic comeback in China, where the virus has been all but wiped out, for now.

What currencies will be the winners? The Australian dollar and the Norwegian krone, Tse told Bloomberg, because both are commodity exporters: Australia ships iron ore and other minerals to booming China, and Norway sends its oil to the rest of Europe, with crude expected to rebound next year. Back in 2001, the Citi study stated, the dollar’s last big retreat was sparked by China’s joining the World Trade Organization (WTO), which began its era as a major importer of raw materials.

Meanwhile, Goldman Sachs recommends shorting the US dollar, in favor of the currencies of Australia and Canada, another oil-heavy economy. This is in keeping with the firm’s earlier warning that the dollar is in danger of losing its status as the globe’s reserve currency.

The US dollar has been the international reserve currency for decades. This means other nations’ central banks hold it as the ready means to pay debts and propel commerce. If the buck lost its a lot of it value, the dollar couldn’t fulfill those roles.

Goldman, in its own study, singled out Washington’s, and particularly the Federal Reserve’s, stimulus efforts, which have flooded the world with dollars. The possibility of that triggering inflation, once the pandemic recession is over, would further undermine the dollar’s value, it argued.

To deter that outcome, Scott Minerd, global CIO of Guggenheim Investments, has advocated that the Fed should buy gold. The yellow metal and the dollar usually have an inverse correlation. But if the Fed held a big chunk of gold in its vaults to back up the dollar, a function the substance used to perform, that could help bolster the US denomination’s value, the reasoning goes.

While quixotic, some analysts have said, that notion is as good an antidote as any to a plummeting dollar. A weak dollar would make foreign goods more expensive in the US. And American tourists wouldn’t like that their money didn’t go far abroad.