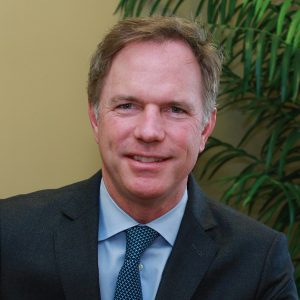 Herbert will be the sixth investment head at the pension fund in about 13 years, replacing Rich Robben, the former executive director of investments at KRS, who left in September with Deputy Executive Director Andy Kiehl for consulting positions at Florida-based investment consulting firm AndCo Consulting.

Herbert has spent more than two decades in the institutional investment industry, including most recently serving nearly three years as chief operating officer (COO) at the Florida-based Augustine Asset Management.

He has also spent seven years as a consultant with Mercer, where he led development of the firm’s Global Investment Manager Database (GIMD) and where KRS Executive Director David Eager first heard of the applicant.

“I had not met Steve previously, but I’d heard a lot about him from former colleagues at Mercer,” Eager told CIO. “I knew a lot of people who knew him and he came highly regarded and recommended.”

His vast breadth of experience set him apart from the other candidates, Eager said. The KRS executive director said he interviewed about 15 applicants for the role, of which three were standouts.

Attracting candidates for the position was a challenge for the state pension system, which does not have the latitude of Wall Street investment banks to set competitive salaries.

Still, the pension fund is seeking a waiver from the regulation so it can start giving investment chiefs higher pay. A waiver would have to be ratified by the legislature that will start session this month.

As incoming chief investment officer, Herbert has a tall order. The fund’s Kentucky Employees Retirement System (KERS) Non-Hazardous Plan, which has a roughly 14% funded status, is one of the nation’s worst-funded state pension plans. KRS returned just 1.2% in its most recent fiscal year.

But the state retirement system has also stabilized in recent years, particularly after the state government started meeting the full actuarially determined contribution.

After reducing the KERS return target to 5.25%, down from 7.5%, the state government has increased contributions into KERS to about $1 billion, approximately a 70% increase from a roughly $600,000 sponsor contribution in prior years.

“Overseeing the investments is critical to the continued improvement of our pension funding ratios, which have ‘turned the tide’ to the good. We interviewed a good number of candidates for the CIO position and Steve was second to none,” KRS Board of Trustees Chair Dave Harris said in a statement.

In 1997, Herbert started his career in the institutional investment industry at Watson Wyatt Investment Consulting, where he consulted with institutional clients in the southeast US and South America. He also spent nearly a decade at  McKinley Capital Management, where he was the director of institutional marketing.