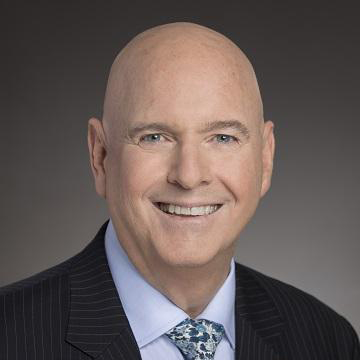 California State Teachers’ Retirement System (CalSTRS) Chief Investment Officer Christopher Ailman is set to receive a bonus of more than $1.1 million, after the $308.6 billion pension fund reported its highest investment return in nearly four decades for fiscal year 2020-2021. The pension fund’s retirement board will vote on whether to approve the bonus on Friday.

The bonus, combined with Ailman’s base pay of just over $590,000, would be the highest compensation on record for the CIO, according to the Sacramento Bee, which cited the State Controller’s Office’s public pay database.

According to the agendas for CalSTRS’ board meetings later this week, the evaluation criteria and weightings used to determine the incentive award for the CIO are: average of asset class performance (25%), total investment portfolio performance (50%), and personal performance (25%). The maximum incentive opportunity for the CIO is 200% of the base salary earned during the fiscal year.

The incentive metric for Ailman’s total investment portfolio performance (i.e., for three-year returns) generated an incentive award of more than $590,000, and his asset class performance generated an award amount of nearly $230,000. Based on the board’s assessment of his personal performance, the CIO’s 2020-21 total incentive award is calculated to be exactly $1,103,094, which represents nearly 187% of Ailman’s base pay for the 2020-21 fiscal year.

The pension fund said the compensation awards are calculated to represent a very small portion of the above-benchmark value that the investment staff could create. It said that as of June 30, the three-year returns for fixed income, inflation-sensitive, innovative, global equity, private equity, real estate, and sustainable investments and stewardship strategies all outperformed their respective benchmarks.

CalSTRS also said the three-year return of the total funds’ outperformance equals approximately $6.7 billion in income net of fees for the fund based upon specific staff decisions. Including the proposed awards for CIO and CEO, the incentive payments for all plan participants for the fiscal year totaled $16.9 million, or 0.25% of the value added from their specific investment decisions.

Ailman said the record-breaking returns were the pension fund’s highest since the late 1980s. (In 1982, there was an accounting change that produced higher returns that were unrelated to the markets.)

The strong annual returns for 2021 were driven by the portfolio’s private equity and public equity asset classes, which returned 51.9% and 41.8%, respectively, and beat their benchmarks’ returns of 47.8% and 41.2%, respectively.

The board is also set to vote on approving a bonus of more than $650,000 for former CEO Jack Ehnes. The bonus represents 137% of Ehnes’ base pay of approximately $475,000 for fiscal year 2020-2021. Ehnes was succeeded in July by current CEO Cassandra Lichnock, who is the pension giant’s first female CEO.

« What Corporate Cash Use Helps Stocks Most in the Pandemic?