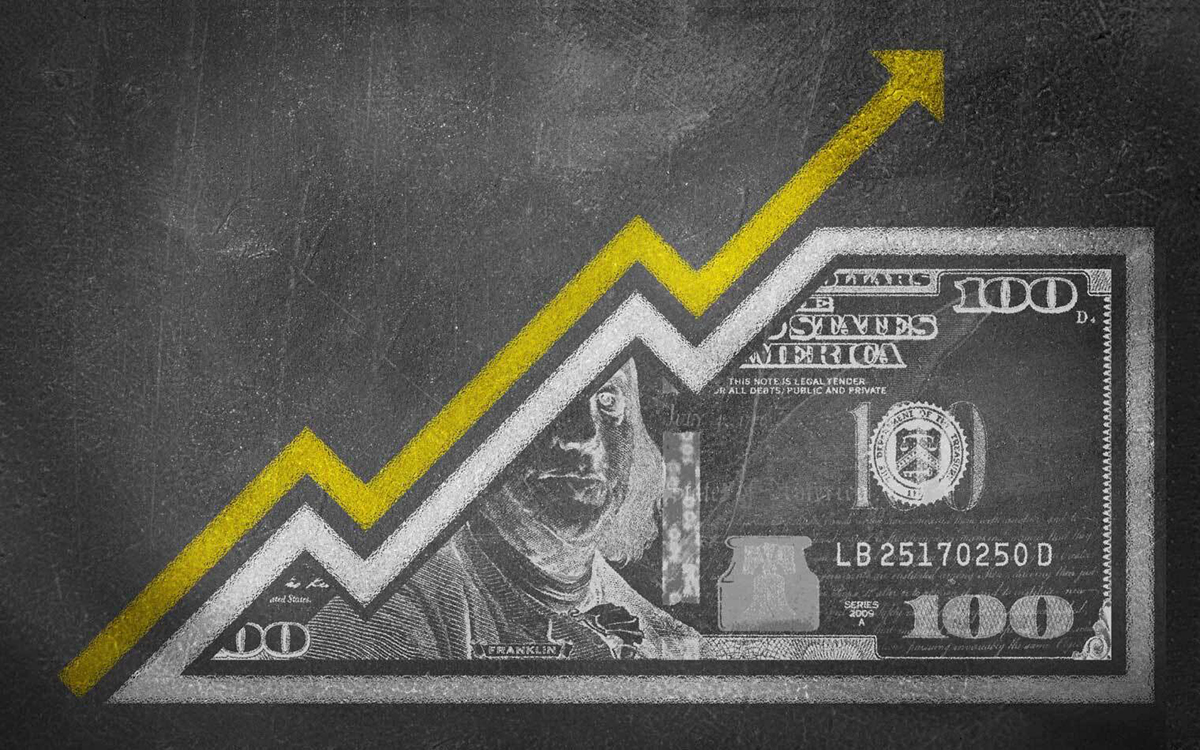 Recently, we reported that BlackRock expects inflation to move up. So the nation’s largest asset manager advocated buying Treasury inflation-protected securities (TIPS) as a remedy.

One easy way to invest in these is via the largest exchange-traded fund (ETF) that tracks inflation, the iShares TIPS Bond ETF. Since our story, this has risen 0.75%. Equally as important is the so-called breakeven rate, which shows what bond traders are projecting for inflation up ahead. (The rate is the difference between Treasury bonds and TIPS.) Namely, it foresees a 2.1% annual inflation rise for the next decade.

Considering that the latest increase in the Consumer Price Index (CPI), year-over year for December, was 1.4%, that 2.1% call is a pretty decent indication of how inflation expectations are heading. Now, the Federal Reserve is targeting 2% as the ideal level for inflation, and even will let it run above that point for a while without clamping on the monetary brakes, for fear of kneecapping the economy.

Yes, there’s no guarantee that inflation actually will oblige by moving higher. The Financial Forecast Center thinks the CPI will break 2% annually by March, and stay around 3% through the summer. But Goldman Sachs believes that the Federal Reserve’s preferred inflation gauge, the personal consumption expenditures, will top 2% sometime this spring, as the pandemic weakens and economic prospects brighten, then fall back.

Peter Boockvar, CIO of Bleakley Advisory Group, pointed out that, while prices for goods are flat or dropping, service costs are on the way up. Hospital services, for instance, increased 3% over the previous 12 months. That should feed into higher inflation down the line, he predicted.

After the Fed’s most recent meeting, Chairman Jerome Powell indicated that the economy could see some price pressures, in particular from rising energy costs. Indeed, oil prices have ascended to $53 most recently, after slumping to less than zero last spring. (The most recent top, at the end of 2019, was $63.) Climbing oil prices, he said, could “send a shock through the economy.”

Certainly, additional federal spending would test the proposition, which up to now has proven valid, that government stimulus doesn’t move the inflation needle. President Joe Biden has proposed a third aid package, to the tune of $1.9 trillion. Whether he gets that or not—and GOP lawmakers are balking at the price tag—Washington oddsmakers expect he will manage to push some kind of stimulus through, given the severity of the pandemic’s winter surge.