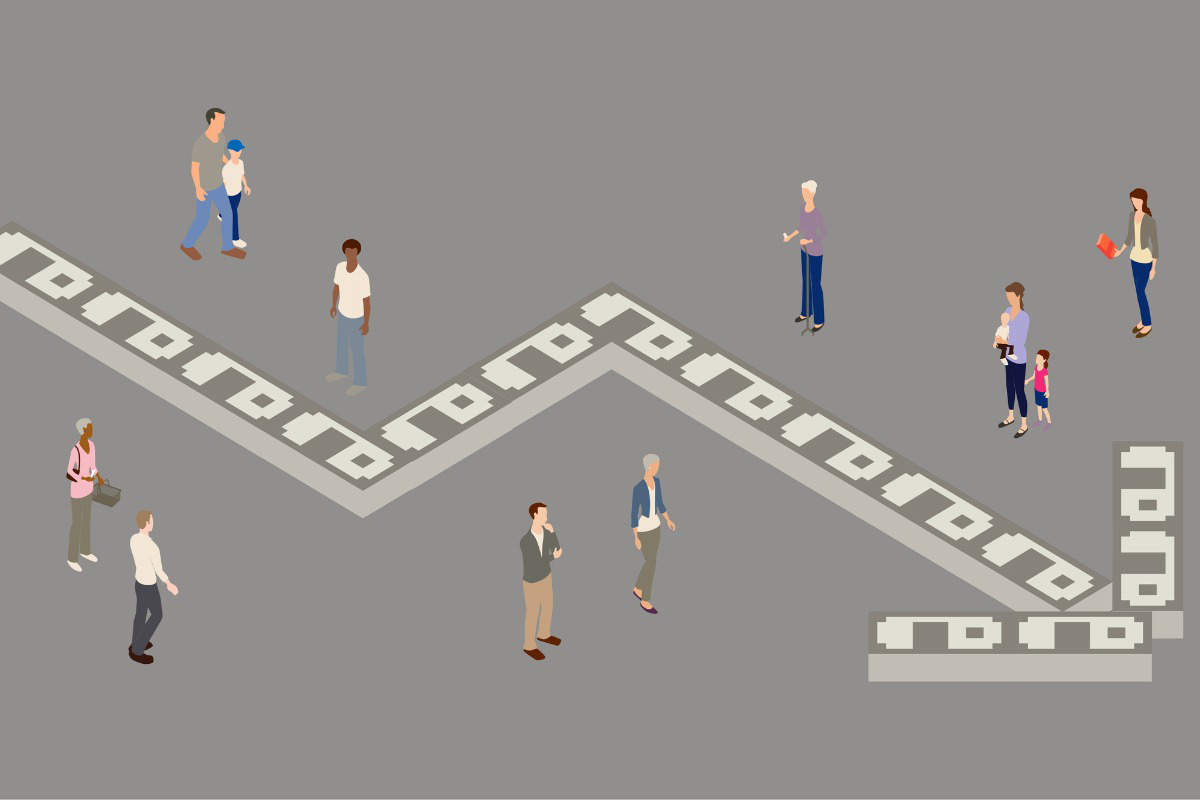 Everyone is talking about the possibility of a recession. Almost half the economists in a Bloomberg survey think one will happen within the next year. But few are picturing a very severe downturn.

So now comes a prediction that the next economic slide will be rip-snorting bad. Zoltan Pozsar, Credit Suisse’s global head of short-term interest-rate strategy, declared in a research paper that the current high inflation will require an L-shaped recession—a vertical plunge followed by a long period of stagnation.

Fed Chair Jerome Powell is aiming for a “soft landing” for the economy as he raises interest rates to bring down inflation, now running at a torrid 9.1% annual pace. But to Pozsar, “there is nothing ‘soft’ about a vertical drop.”

Certainly, his views are at odds with the current bond market, futures market and the Fed, which don’t anticipate much damage, if any, from higher rates.

Due to macroeconomic changes, though, the Credit Suisse strategist wrote, the Federal Reserve will be forced to increase its benchmark rate to 5% or 6%. Current estimates call for around 3.5% as a peak (it’s now in a range from 2.25% to 2.5%).

Pozsar indicated that Powell and the policymaking Federal Open Market Committee will end up resembling Paul Volcker, the Fed chief who vanquished high inflation in the early 1980s with even higher rates, thus triggering two recessions.

“To date, I haven’t heard anything from the FOMC that would suggest that the Fed wants to avoid a recession,” Pozsar commented. And he also has seen no evidence “that the Fed would rush to cut rates if we had a recession with high inflation.”

The macro shift at the center of today’s persistent inflation is that the era when China produced low-cost goods and Russia pumped cheap oil has ended, he said. Now, he observed, an economic war between the West and a China-Russia entente has altered the dynamic massively.

The upshot, he said, is that the Fed will have little choice. “Interest rates may be kept high for a while to ensure that rate cuts won’t cause an economic rebound (an ‘L’ and not a ‘V’), which might trigger a renewed bout of inflation,” Pozsar went on.

“The risks are such that Powell will try his very best to curb inflation, even at the cost of a ‘depression’ and not getting reappointed.”

Two Bad Quarters Do Not a Recession Make?

So When Will This Recession Arrive, Anyway?