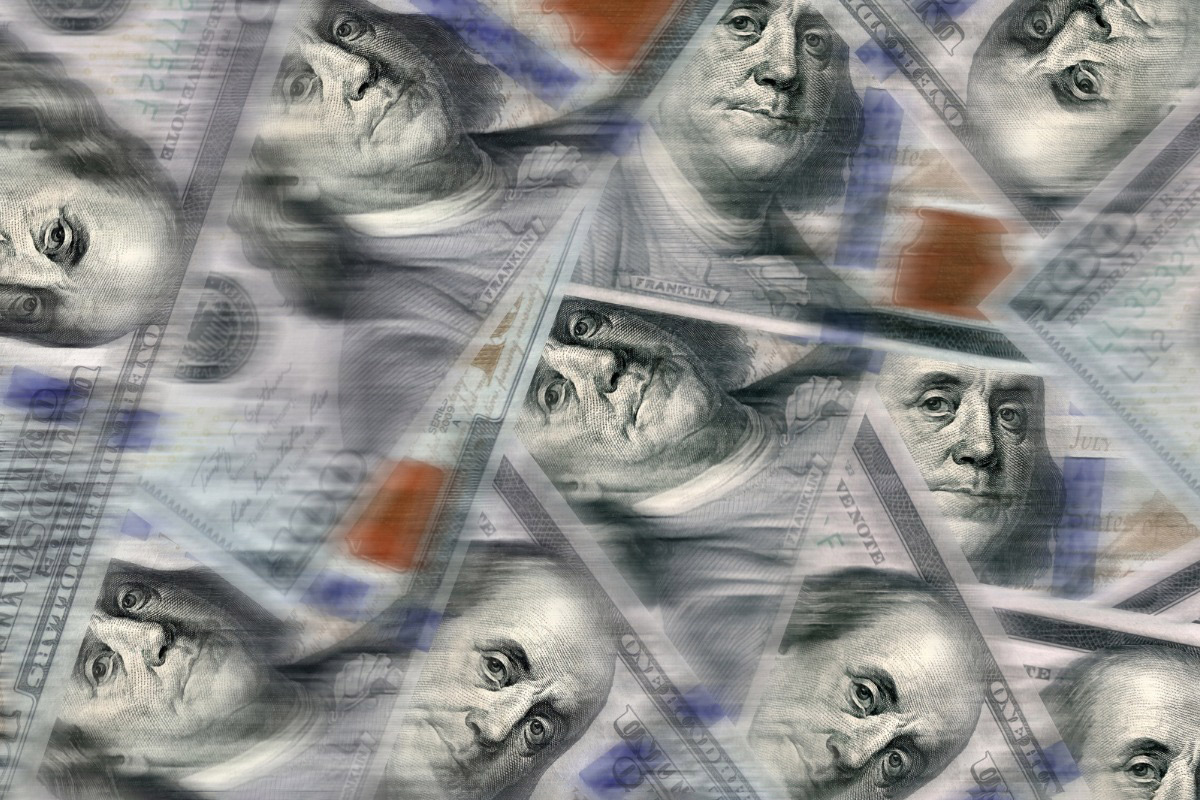 So how bad is the inflation threat, anyway? Washington, in the form of the Biden administration and the Federal Reserve, has pumped trillions into the economy. As a result, some fear that the long, low-lying inflation rate is due for a big-time escalation.

Not so fast, says Joseph Lavorgna, Natixis’ chief economist of the Americas. Sure, he conceded in a research note, the money supply—measured by a gauge called M2, mainly deposits sitting in bank accounts—has ballooned.

But, he went on, “the spike in money growth has coincided with a collapse in its velocity.” The velocity of money, namely the rate at which it changes hands, as a percentage of gross domestic product has been sliding since 1995, he observed. Further, it is lower than any time since 1960.

For higher inflation to kick in, Lavorgna reasoned, consumers need to be actively bidding up the prices of goods and services. The low velocity shows they aren’t, though.

While the economy has logged double-digit gains over the past 12 months, he said, the inflation rate (now 2.6%, but just 1.6% after stripping out volatile food and energy) does not presage “a serious inflationary bulge.”

The downward trending velocity of money means that households aren’t taking on much debt and are expanding their savings, Lavorgna wrote. Bank credit is up only 5.9%, he said, which indicates that both businesses and consumers aren’t wallowing in new debt. What’s more, he added, numerous polls have shown Americans’ inflationary expectations are for under 3% growth in the Consumer Price Index.

“If this continues, he added, “then this is not something to fret about.”

Federal Reserve Chairman Jerome Powell, for his part, on Wednesday portrayed the prospects of long-term inflation to be slender. While he noted that inflation pressures could go up in the coming months, these “one-time increases in prices are likely to only have transitory effects on inflation,” he said in a briefing.

Economists are wrestling with the idea that the pandemic has skewed how inflation and overall economics may have changed. For instance, Robert Cavallo, a Harvard economist, contended in a research paper that inflation is worse for lower-income people, who use more of their income for food. Also, he indicated, the pandemic has messed up global supply chains, leading to bottlenecks that produce temporary shortages of certain goods.

And economists, to be sure, have pointed out that inflation has been higher than now in the 1980s and 1990s, although still in mid-single-digits. The notion of a return to the 1970s (inflation growth in the teens) is hard to picture almost everywhere, given all the deflationary forces at work globally, such as movement of jobs to cheaper locales and the advance of automation, which lowers production costs.