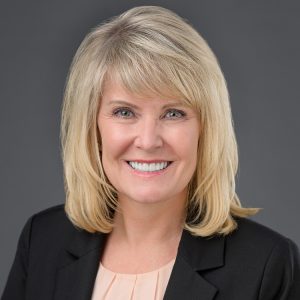 Jacque Millard, longtime vice president and chief investment officer at Intermountain Healthcare, has retired after nearly 28 years at the fund. Her last day was Jan. 15.

Millard had planned to retire last year, aiming to take some personal time after her husband died following a long battle with cancer. But she decided against it while her fund was contending with the fallout from the pandemic. Now, she is focused on figuring out her next move.

“For me, it was more of a personal decision than a career decision,” Millard said. “I had been with Intermountain Healthcare for almost 28 years. So I felt like I had done everything I needed to do and the portfolio is positioned where I wanted it to be when I left, and so I felt like it was a really good time.”

The organization, based in Salt Lake City, Utah, provides hospital and other medical services in Utah, Nevada, and Idaho.

Intermountain Vice President of Finance Greg Johnson will act as investment chief in the interim, while the fund searches for a permanent replacement. Korn Ferry is conducting a national search for the position. An internal candidate is also in the running.

Even after retiring, Millard, a 2016 CIO Innovator, is keeping a busy schedule. She serves on several investment committees, holding over from her time as CIO, including at the Virginia G. Piper Charitable Trust in Phoenix. She also has longstanding ties to the private equity and venture capital community in Utah.

In the couple weeks since she has retired, she has picked up two advisory board positions at private equity funds Cross Creek Capital and Cynosure Group. She is also considering board positions at private firms, including one that is working on clinical trials for cancer. She still wants to be involved in the investment world, albeit with a far more flexible schedule than the one she was used to.

“People thought that I would get bored and want to be back in a full-time CIO role quickly, and I don’t think that will be the case. I think I want to take it slowly and really try to experience the retired life part-time,” Millard said. “What I’ve told people is that they need to give me six months before I make any kind of long-term decisions.”

During her time at Intermountain, Millard saw the portfolio grow to about $15 billion, up from just $1 billion when she started in 1993. She said she is proud of her role in diversifying the fund, as well as adding risk controls to the portfolio.

Putting in risk controls was a lesson that came out of the 2008 financial crisis, when Intermountain lost double-digit returns during the market drop. The fund was never forced to sell equities during the slide, according to Millard. Since then, the fund has regularly modeled for worst case scenarios and in March, it continued to purchase equities.

In roughly three decades, she helped the fund build capacity for direct investments and move away from leaning heavily on investment consultants and funds of funds. Her team also grew to 10, up from two.

She has several key pieces of advice for her replacement. First, allocators should communicate clearly with the people around them, whether that’s their senior executives, their executive committees, or their financial investment committee.

Second, allocators should proactively build long-term relationships with money managers. Doing this ahead of time can help allocators lock in investments when opportunity arises. That’s what Millard did in her final days at Intermountain, which allocated $150 million across several portfolios to Artisan Partners.

“I think it’s important to have and maintain long-term relationships with investment managers whether they’re currently in your book or not,” Millard said.

Millard closed out her tenure at the firm advocating for the beneficiaries within Intermountain’s defined benefit (DB) and defined contribution (DC) plans and helping employees financially prepare for retirement.