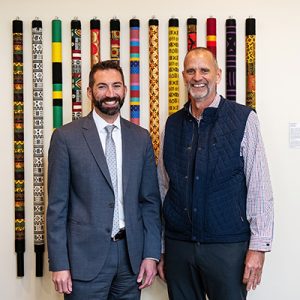 Rob Manilla, CIO of the private philanthropic foundation Kresge Foundation, is retiring this month after more than 17 years in the position. According to the foundation, Kresge’s endowment—which reported assets of $4.66 billion in 2021—has produced gains of nearly $4 billion during his tenure.

“Rob has curated one of the most creative and effective private endowments in the country, attracting in the process a superbly gifted group of young investment professionals,” Kresge President Rip Rapson said in a statement. “He has also helped shape the foundation’s grant-making and social investment practices through his expertise, experience and insight – and his deep commitment to our mission.” Rapson added that Manilla “has been engaged in every aspect of the organization’s culture, contributing with particular impact on our efforts to advance diversity, equity and inclusion.”

Manilla serves on the Bedrock Manufacturing Co. board of directors, and is an investment committee member of Boeing Corp., Trinity Health, the Detroit Institute of Arts and the Detroit Riverfront Conservancy. He is also a member of the board of advisers for Oakland University Business School.

Manilla will be succeeded by Deputy CIO John Barker, who has been a senior leader with the foundation’s investment office since 2007. Barker has assisted Manilla in implementing the overall investment strategy at the foundation, developing asset class strategy, managing risk and liquidity, evaluating managers and researching investment opportunities. The foundation credits him with leading efforts to expand diversity, equity and inclusion of women and people of color within the industry and among those who manage investments on Kresge’s behalf.

Barker joined Kresge from the University of Notre Dame investment office, where he was assistant investment director for nearly five years. He received a bachelor’s degree in finance with a minor in accountancy from Notre Dame. Barker serves on the boards of the Children’s Foundation of Michigan and Forgotten Harvest, and in 2019 he was named to Crain’s Detroit Business’ “40 Under Forty” and was nominated in 2018 for a CIO magazine Innovation Award.