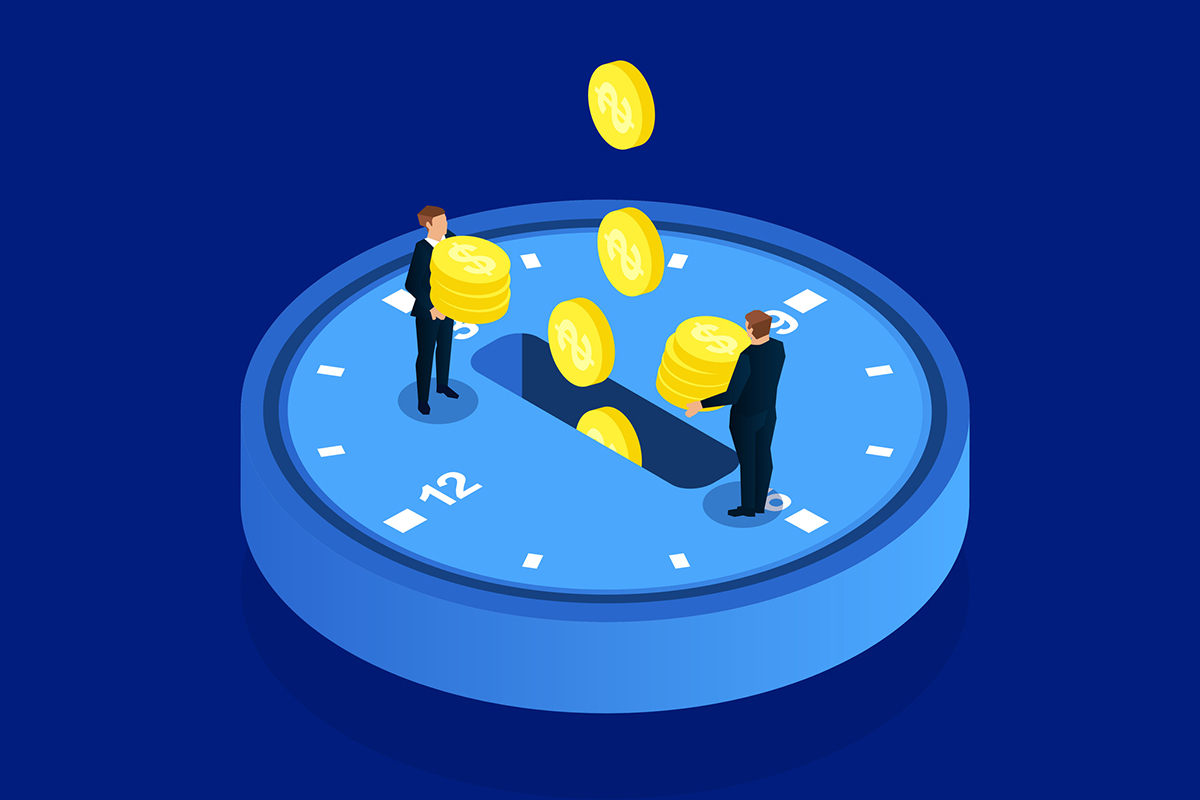 Expect more and more Washington outlays and thus more and more Federal Reserve buying of Treasury debt. So says Jeff Gundlach, the new King of Bonds, arguing that the Fed has no choice because it is the purchaser of last resort for burgeoning US government securities.

The torrent of Treasuries will only increase next year, he said, pointing to a JPMorgan projection: $441 billion issued this year and four times that in 2021. Congress now is dickering over a possible $908 billion in extra relief. Plus, President-elect Joe Biden has talked about an even bigger package next year.

While Gundlach did express hope for the beneficial economics-oriented effects of a coronavirus vaccine, his talk had the disconcerting title, “No End in Sight.” He said he was referring to government spending, noting that it was swelling even before the pandemic.

To a degree, the Fed will be called to sop up government debt that is less appealing to other investors, due to lower interest rates. The 10-year Treasury now yields 0.9%, down from 3.2% just two years ago. “Foreigners and pension funds don’t want to buy our Treasuries” as much, because of the low-yield situation, argued Gundlach, CEO of DoubleLine Capital, in a webcast Tuesday.

Certainly, the appetite for Treasuries has shrunk among overseas buyers and pension programs, both home and abroad, although it has hardly disappeared. According to Treasury Department data, as of September, buyers from abroad purchased 2% less than they had 12 months before.

The Federal Reserve, according to the minutes of its November policymaking panel, will keep buying Treasury bonds, which the government is churning out in large amounts to support higher spending during the pandemic. The Federal Open Market Committee stated that the central bank will “increase its holdings of Treasury securities and agency mortgage-backed securities [MBS] at least at the current pace,” with the goal of ensuring that households and business can get credit.

All the new debt should bring more inflation in 2021, although not an enormous amount, Gundlach said. The Fed has long wanted to get inflation above 2%, and fallen short, but he said he expected 2.25% next year. A Bloomberg survey of economists expects inflation will stay below 2%, although it noted it could briefly exceed 2%.

At the same time, all the stimulus has led to some distortions in the markets and the economy, Gundlach went on. For instance, average hourly earnings are up this year by 4.4%. “That’s due to all the government transfers,” he said. Plus, he added, disposable income also has risen, which encompasses salaried workers, as well. “That has never happened before during a recession.”

The government bounty is sure to continue, he went on. “The economy is living off stimulus,” Gundlach said. “The mindset is to continue” with more aid.

Further, these circumstances should keep on juicing the stock market, as bonds don’t deliver as much anymore, he observed. He marveled at how much larger the S&P 500 is ($30 trillion) than the nation’s gross domestic product (GDP) ($20.5 trillion). And he predicted the underperformance of small-cap stocks was nearing an end, noting they have come back a good bit already.

Gundlach Charges the Fed Is Propping Up Rickety Companies