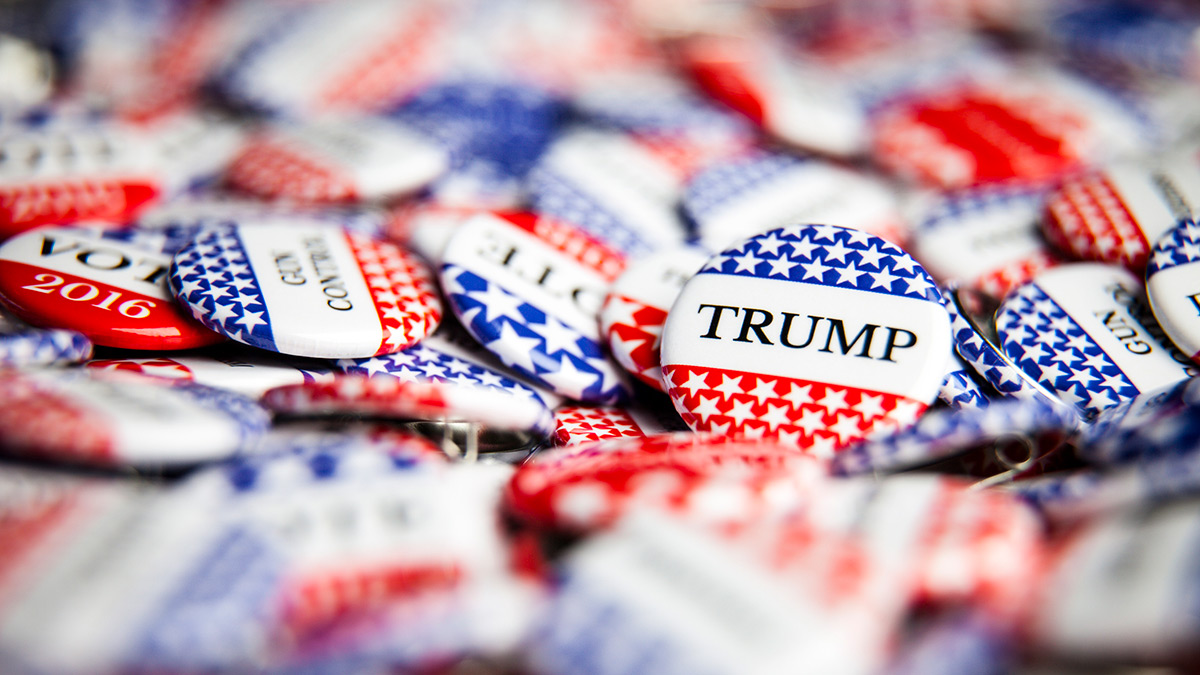 It’s the ultimate October surprise: The news that President Donald Trump has contracted COVID-19 has the potential to up-end the election. For now, though, the stock market’s reaction is hardly dire. While stocks are down, the drop isn’t a plunge.

Perhaps this is the market’s way of saying: His illness is a concern, but this doesn’t upset conventional opinion that Trump will lose his re-election bid. The benchmark S&P 500, as of late morning was down 1%. Since Labor Day, the index has lost more than that on three daily closes.

Other indexes have reacted similarly. The biggest market impact has been on the Nasdaq Composite, which is off 1.9%.

Meanwhile, while stock market volatility spiked 10% after the market’s opening, it since has abated to a degree, dipping by a third from its high. This all came amid a disappointing jobs report this morning.

This all could change for the worse, of course. Certainly, no one knows what developments have yet to unfold that could rattle everything more harshly. The president’s positive test came as daily case counts continue to climb in the US and have steadily held above 40,000 in recent weeks,

To the more pessimistic market observers, the extent of Trump’s illness is just yet another worrisome unknown, along with a sputtering economic recovery and a stubborn pandemic. As such, some Wall Street strategists are advising that investors move into safe territory.

They should “consider some type of portfolio protection,” said Peter Essele, head of portfolio management for Commonwealth Financial Network, “as there remains a very real possibility that the market’s gains over the previous two quarters will steadily erode in the months ahead as we close out a year that many would like to forget.”

Although the White House said Trump’s symptoms are mild, the fear that the president’s illness is more serious has rippled through the investing world. “The market move is less about the election and more about the possibility that the US president might become incapacitated,” said David Stubbs, head of markets strategy at JPMorgan International Private Bank.

With roughly four weeks to go before the Nov. 3 election, Trump’s ability to campaign—he had canceled his appearances for now—could be a factor in both the race, and Wall Street’s reaction to it. Democratic nominee Joe Biden is ahead in the polls, but that still could change. “Trump could gain support from a quick recovery as UK Prime Minister Boris Johnson did during his battle with COVID-19,” said Jeff Buchbinder, equity strategist for LPL Financial.

For sure, the prospect is that previous certainties about investing and Washington dynamics will be altered. “Markets (being impersonal) will focus on whether this affects the election outcome or public health policy,” UBS economist Paul Donovan wrote in a note this morning. “The future presidential debates may not happen; these were not seen as especially significant. Those opposed to mask-wearing may revise their views, and the president’s experience may impact US public health policy.”

It’s hard to say what effect the Trump diagnosis will have on public policy, including on the stalled talks between Democrats and Republicans on Capitol Hill over a new aid package. “Markets could have some unexpected reactions as this, could break the log jam in current stimulus negotiations,” said Jamie Cox, managing partner for Harris Financial Group.

To date, more than 34 million people have contracted COVID-19 worldwide, with more than 1 million related deaths, according to data compiled by Johns Hopkins University.

Actuarial Projections: Virus Might Cause ‘Meaningful’ Increase in Death Rate for Elderly