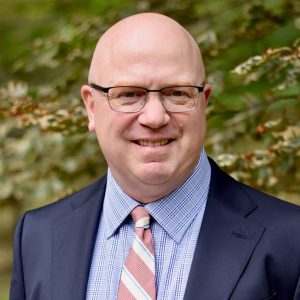 The Pennsylvania Public School Employees’ Retirement System has named a new CIO, Benjamin Cotton, who managed pensions for the auto industry, filling a job that has been vacant for a year following a controversy.

Cotton, a senior managing director with the United Auto Workers’ Retiree Medical Benefits Trust, will assume the PSERS job and oversee its investment assets, which totaled roughly $68 billion as of last September. He starts January 16.

“It’s an honor to join one of the nation’s oldest and largest public pension funds,” Cotton said in a statement. “I was drawn to this job by the board of trustees’ dedication to continuous improvement to keep the system healthy and viable for over 500,000 public school employees and retirees.” His annual salary will be $515,000.

Cotton succeeds Jim Grossman, who stepped down as the PSERS CIO in December 2021 after the pension plan revealed its performance figures for 2011 through 2020 were inaccurate. The reported average returns came in just above a 6.36% target, which had allowed the plan to avoid triggering additional contributions from beneficiaries. Once the shortfall came to light, they had to contribute extra money into the fund.

The plan has not been much of a performance champ lately. PSERS’ investment return for fiscal 2022, ending last June 30, was just 2.2%—a low number it attributed to economic turbulence and the Ukraine war, its financial report indicated. The plan is funded at just less than 60%. The average funded status for U.S. public plans for the fiscal year was 78%, per the Equable Institute.

Some on the PSERS board thought Grossman, by reducing the plan’s exposure to U.S. stocks, had missed a bull-market opportunity and should have produced better results. The Department of Justice conducted probes into the exaggerated performance report under Grossman’s tenure, but found no wrongdoing. The fund’s  investment consultant, Aon, took responsibility for the accounting error.

Cotton, a Marine veteran, served in Saudi Arabia and Kuwait during the Gulf War of 1990 and 1991. At the UAW, he invested assets and administered health-care benefits for more than 800,000 automotive industry workers and their dependents. As a founding member of its investment team, Cotton helped expand assets from to $60 billion from $40 billion.

Before the UAW, he worked at Ford Motor, where he helped manage more than $55 billion in pension, insurance and cash-related investments. A graduate of Midwestern State University in Texas and the Thunderbird School of Global Management in Arizona, he recently completed a doctoral program on leadership and learning through Vanderbilt University’s Peabody College.