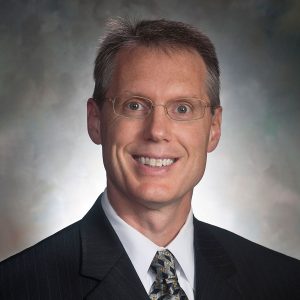 Their resignations follow several months of controversy. The $72 billion pension fund, the largest in the state, revealed in March that a nine-year performance figure certified in December 2020 was inaccurate. In December, PSERS’ board of trustees had been told by its general investment consultant and another firm that its nine-year performance figure was 6.38%, which was just high enough to avoid the 6.36% threshold triggering additional contributions under state law.

However, when PSERS management informed the board in March that there were errors in the data used to perform the calculation, and a review of all performance data was ordered, it was revealed that the actual nine-year performance fell short of the 6.36% target. This meant that school employees, as well as taxpayers, had to contribute more to the pension fund.

The controversy drew the attention of the FBI, which reportedly is investigating whether kickbacks and bribes were involved in the misstatement of its 2020 investment performance. And in June, six of the board’s 15 members called for the removal of Grossman and Grell as a result of the financial reporting error.

“As fiduciaries possessing a duty of loyalty to the beneficiaries of the retirement fund, it is our intention to request the immediate termination and replacement of the executive director and chief investment officer,” read a letter to Board Chairman Christopher SantaMaria. However, a few days later, the board members withdrew their request.

According to Pennsylvania PSERS, the pension fund’s total net assets grew to $72 billion from $49 billion under Grossman’s tenure.

“Jim’s guidance and leadership have been important over the last several years as the fund has continued to recover from the great financial crisis and improve its funding status,” the pension fund said in a statement. “He has been responsible for managing and administering the investment program, advising the board in the development of an asset allocation policy, and leading the investment office. … The PSERS Board would like to thank Jim for his years of service to PSERS’ members and annuitants and wishes him well in his future endeavors.”

Grell, who turns 65 at the end of December, has been executive director since 2015. Before that, he had served as the state representative for the 87th district in the Pennsylvania House of Representatives since 2004.

“Glen has been a fierce advocate for fully funding PSERS, working with members of the General Assembly and the governor’s office to secure 100% of the annual required contribution each year since 2016,” Pennsylvania PSERS said in a statement. “Under Glen’s leadership, the agency has become more user friendly, allowing PSERS members to complete transactions through the member self-service portal.”

The fund said Verus Advisory Inc. will continue in its role of providing investment oversight and supervisory services. PSERS also said it has launched a search for a new CIO and executive director, effective immediately.